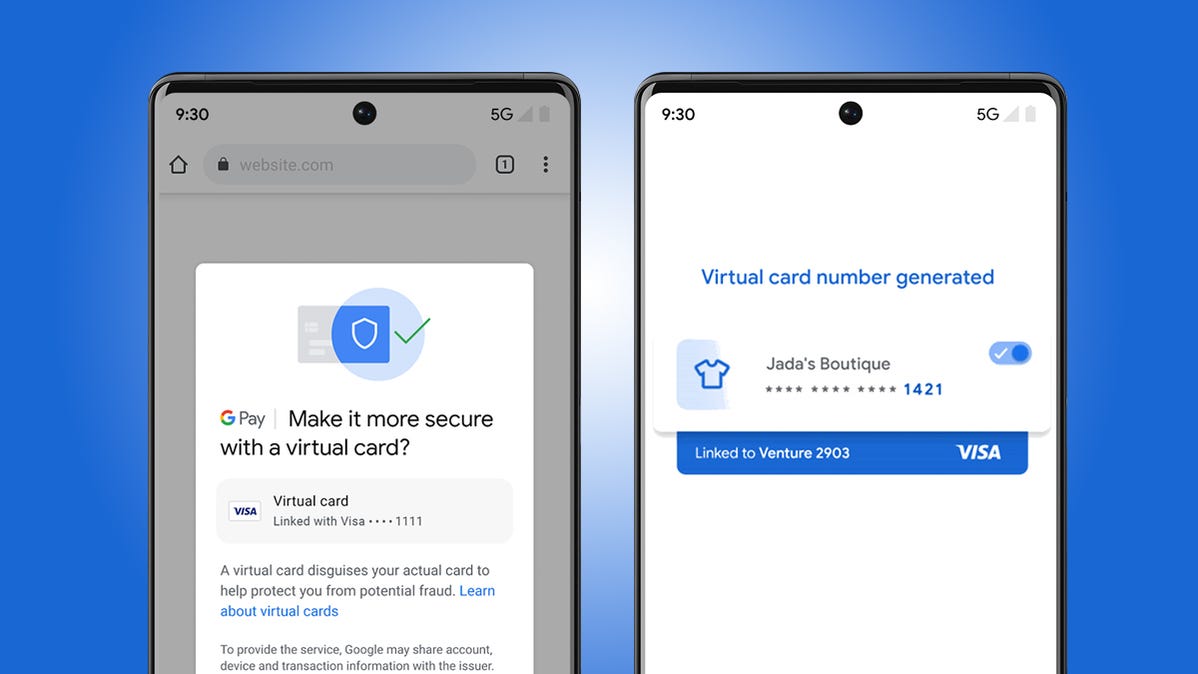 Hackers and thieves love credit card numbers, which is why many services have popped up over the years to create alias card numbers for online purchases that protect your real information. Google is now building a similar feature into Chrome and Android.

The new functionality was revealed at Google I/O on Wednesday, which “will add an additional layer of security by replacing your actual card number with a distinct, virtual number.” The virtual card information will appear as an autofill option when entering payment details at checkout in Google Chrome. The feature should also work in Android apps, though it might be limited to Chrome on Android most of the time.

The main benefit to this feature is that your actual card information is protected if the store you’re shopping at (or the payment processor) is hacked. That’s similar to how tap-to-pay with Google Pay and Apple Pay on smartphones work, where a tokenized number is generated for each transaction. You also won’t need to enter your card’s CVV number each time at checkout. Virtual cards will be managed from pay.google.com.

There are many services that generate virtual card numbers linked to other cards or bank accounts, but Google’s implementation is a bit different. Google is working directly with card companies for virtual card support, which is also why it works differently for each type of card. Google says that Visa and American Express cards will have the same card number, but a different CCV for each site, while CapitalOne cards will use all the same information across all sites.

Google’s virtual cards sound like a great move for protecting payment information online, but there are a few limitations that will keep competitors like Privacy.com around. For example, Privacy.com works with any U.S. bank account and most web browser/payment methods, while Google’s solution is requires a compatible card provider and Chrome/Android.

Google says virtual cared support will roll out over the coming months, starting with Visa, American Express, and CapitalOne. Mastercard will be supported later this year.