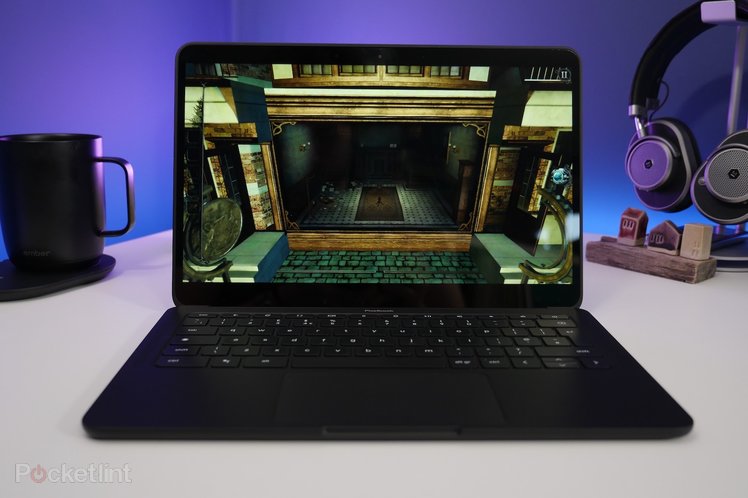 Chromebooks are a very popular option for those needing a cheap and simple laptop for getting work done and browsing the web. They might not be the first thing that springs to mind when thinking of a gaming machine but lately, more and more options have been surfacing for Chromebook gaming.

So, if you want to get stuck in, here’s everything you need to know about gaming on a Chromebook.

How to play browser games on a Chromebook

Since Chromebooks are based largely around the Google Chrome browser, playing browser-based games is as easy as you might expect.

If you’re anything like us, you’ve spent far too many hours on sites like Newgrounds.com playing all manner of flash oddities and hidden gems.

Now, even though Adobe Flash is just about dead, with support being removed in Chrome 88, many of the classics have been ported over to HTML5 – so there’s still tonnes to play.

At the moment, a few of our favourite browser-based games are:

How to play Android games on a Chromebook

As you are undoubtedly aware, Google’s Play Store is absolutely brimming with games of all genres – from graphically intensive 3D racers like Asphalt 9: Legends, to simple 2D puzzles like Two Dots.

To access the Play Store, select its icon down in the ChromeOS shelf. From there, you can select the game you want to install and Google will handle the rest.

When you install an Android game (or any Android app for that matter), your Chromebook is essentially functioning as a giant smartphone. So, the whole thing runs a lot smoother if you have a touchscreen device.

You can play using the keyboard and mouse, but since the apps are optimised for touch, they usually work better using the touch screen for input.

Google’s refund policy makes it pretty easy to refund a game if you find that your Chromebook struggles to run it, just be sure to do it within 48 hours of purchase.

As far as what to play, you have almost unlimited options, with there being in excess of 480,000 games available on the Play Store. 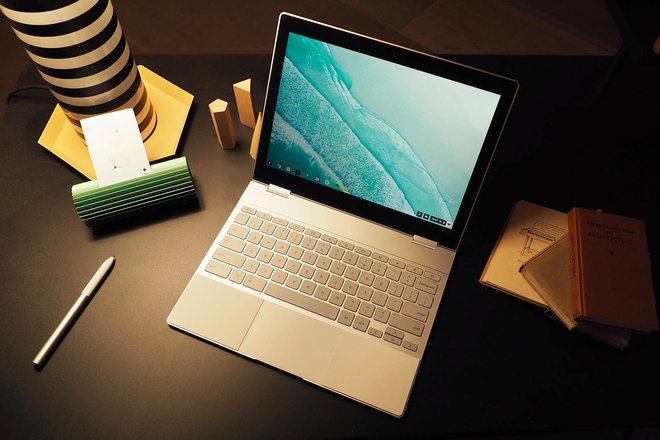 How to stream games to a Chromebook

A great option for Chromebooks with a little less horsepower is game-streaming or cloud gaming. Whatever you want to call it, it works by streaming a game that is running on a much more powerful machine to your Chromebook. This machine can be one that you own in another room for services like Steam Link, or a remote computer that you rent for services like GeForce Now.

In fact, Google is so confident in game-streaming on Chromebooks that its Stadia service has come preinstalled on new Chromebooks since February 2021.

Once up and running, you can play games at high graphical settings using either a controller or keyboard and mouse, all from the comfort of your affordable and relatively low-spec Chromebook.

Here are some of the options currently available for remote game streaming and how much they cost:

For in-home streaming from your gaming PC you can try:

What is the future of gaming on Chromebooks?

While Chromebooks have a bunch of options for gaming, as things stand, there’s little to set them apart from Android smartphones and tablets that can also take advantage of the options outlined above.

However, that is soon to change. There is a lot of evidence to suggest that a ChromeOS version of Steam is on the way, and adventurous users can try out the beta already.

Chromebook specifications are trending higher and higher too, so we expect that it won’t be long before we start seeing dedicated graphics cards onboard.

A report from 9to5Google has suggested that we’ll even start to see RGB keyboards on Chromebooks in the near future, so they’ll look the part too.

We’ll be keeping a close eye as things progress, but for now, we’re fairly certain that gaming on Chromebooks is set to get better and better.