The pandemic refocused attention towards online learning and virtual classrooms, and we’re bound to see a lot of efforts in this direction even after the pandemic has passed. It makes sense for software companies targeting virtual learning use cases to build up features that make their products more appealing. Google appears to be doing just that, as Chromebooks may soon get a few tools that make presentations easier to conduct.

Google recently announced that Chrome OS will soon come with its own screen recording tool, making it easier for teachers and students to record lessons. Now, Android Police has spotted a new feature that will make conducting presentations easier on these devices. 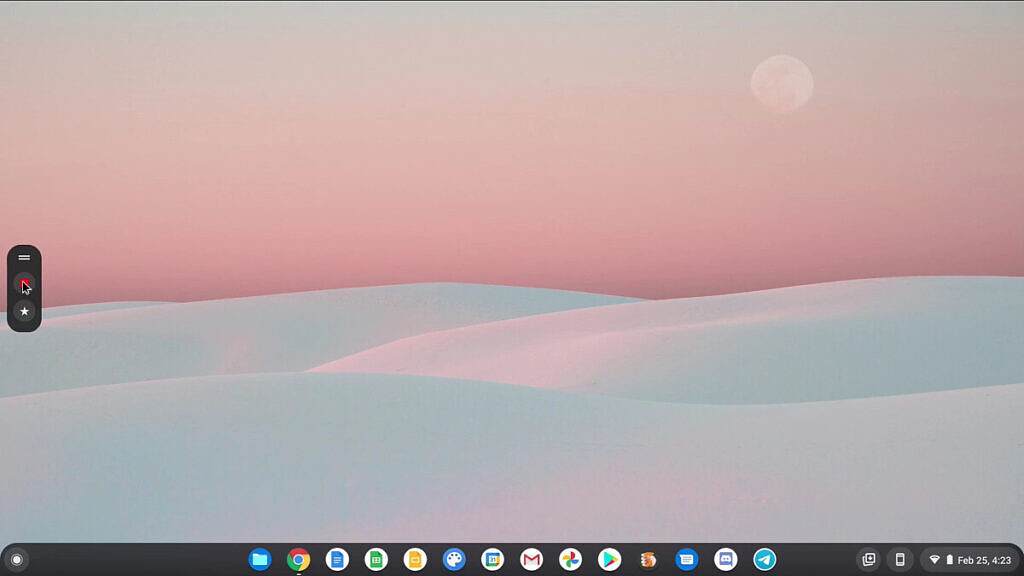 Called “Projector”, this feature essentially adds native slideshow tools to Chrome OS that would be easily accessible from the Chrome OS quick settings. Once “Projector” is selected, a bar holding a button for the screen recorder tool (very likely the same one that Google announced) and a button for a “Key idea” will appear on the left side of the display. The screen recorder’s functionality is self-explanatory, but Android Police is not sure what the “Key idea” button would do as the feature is not functional yet. Probable guesses include an ability to emphasize a specific word, or perhaps a bullet point or slide.

The Chromium Gerrit has commits that indicate that more presentation tools will be added to Projector, like a laser pointer, speech recognition, and markers. The pointer and marker will be for pointing to a specific part of the slide and marking specific content. The speech recognition feature, on the other hand, will likely be similar to Android 10 and Chrome’s Live Caption feature, making it an invaluable addition for situations when the audio is not properly audible. The commits for the speech recognition have been merged, while those for the other features are still a work-in-progress.

The post Chromebooks may soon get a few nifty presentation tools appeared first on xda-developers.