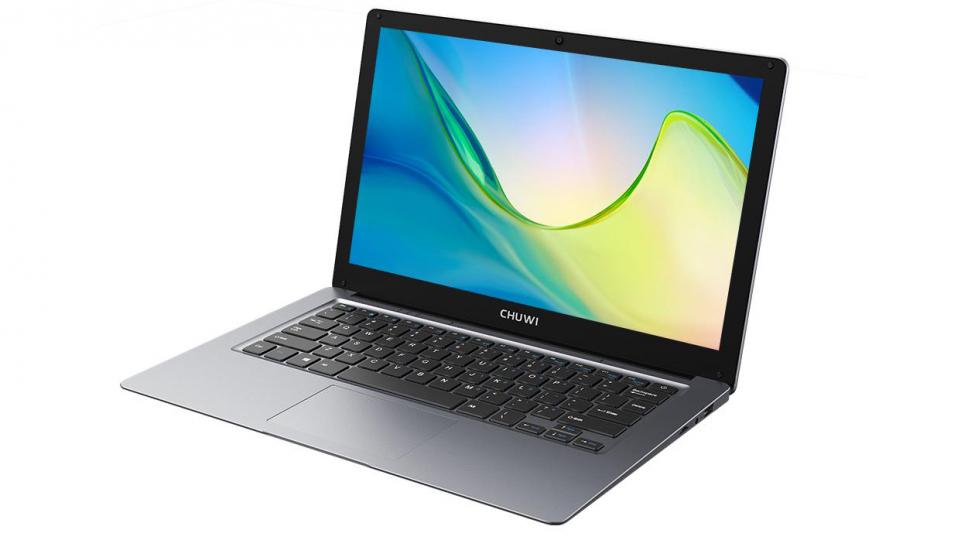 If you’re on the hunt for a bargain and willing to stray from big-name laptop makers, there are a number of vendors who sell direct from the Far East. Hong Kong-based Chuwi is undoubtedly one of the most prominent, earning numerous five-star reviews for its products on Amazon UK, but at the time of publication this new model was only available direct from AliExpress. Couriers willing, it should arrive with you within a week, so be prepared to wait.

Indeed, you’ll be doing a fair bit of waiting once you start up the laptop. This isn’t the quickest of beasts, and that’s obvious even before it loads the Windows setup routine; you may even wonder if it’s working as you sit staring at the Chuwi logo whirring away. Once Windows loads, you’ll again have some waiting around to do if you want it to fully update because it ships with the autumn 2019 edition of Windows 10. That means several gigabytes’ worth of downloads before it’s up to date.

In truth, this isn’t a laptop for anyone who’s short on patience anyway. Powered by an Intel Celeron J3455 processor that was launched in late 2016 and backed by 8GB of RAM, its results in our benchmarks are, unsurprisingly, awful. A score of 20 in our benchmarks sets the tone well – it’s roughly equivalent to an Atom processor of yore – while a multicore result of 971 in Geekbench 5 wouldn’t set even the driest tinder wood on fire. 3D gaming is out of the question, as indicated by a 3.2fps result in Metro: Last Light. 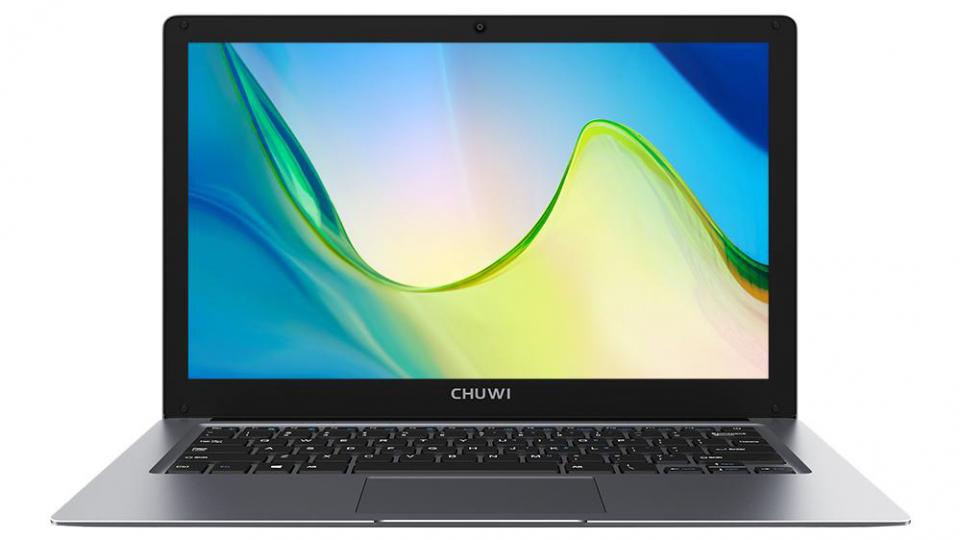 Even the Windows Start menu takes half a second to think about life before appearing once you click it. However, you can remove a surprising amount of annoyance by heading into the Display menu and deactivating animations and transparency. Then head to the battery icon on the taskbar and choose “Best performance” rather than “Better performance”. The Chuwi HeroBook Pro+ is never going to match a Core i5 system for snappiness but, with these tweaks in place, it’s surprisingly usable.

READ NEXT: The best cheap laptops to buy today

The next surprise is the screen, which is nothing short of astonishing for the price. Sizable bezels make it appear smaller than its 13.3in diagonal suggests but it’s packed with detail thanks to a 3,200 x 1,800 IPS panel. And it’s a good quality IPS panel, too. It covers 92% of the sRGB colour space, and while a maximum Delta E of 4.8 (for reds) indicates that this isn’t a screen optimised for colour accuracy an average of 1.78 is commendable.

Our tests revealed two weaknesses: a contrast ratio of 435:1 is lower than we’d like and, combined with a peak brightness of 213cd/m2, this screen will be all but unreadable in sunlight. If this was an £800 laptop, we’d be critical of such figures. However, for such an affordable laptop it’s exceptional and a brightness of around 200cd/m2 is actually ideal for use indoors.

You need to manage your expectations when it comes to the keyboard. If we were giving “typing experience” ratings out of five, it would be a three at best. Again, there are positive points, with separated cursor keys and plenty of travel. It’s just that with your hands resting on a plastic palm rest and an action we can only describe as squishy, your attention is constantly drawn to the fact this is a true budget laptop.

The same is true of the compact touchpad, which is fine and responsive but offers a rather cheap and loud click from its integrated “buttons”.

There’s no hiding from the all-plastic chassis either. The lid provides the screen with little protection and, if you squeeze the chassis, you occasionally hear it click. Look elsewhere if you seek durability and note that, if something does go wrong, then your one-year warranty doesn’t cover shipping back to Hong Kong. Chuwi will ship the laptop back to you without charge if a fault is found, however. 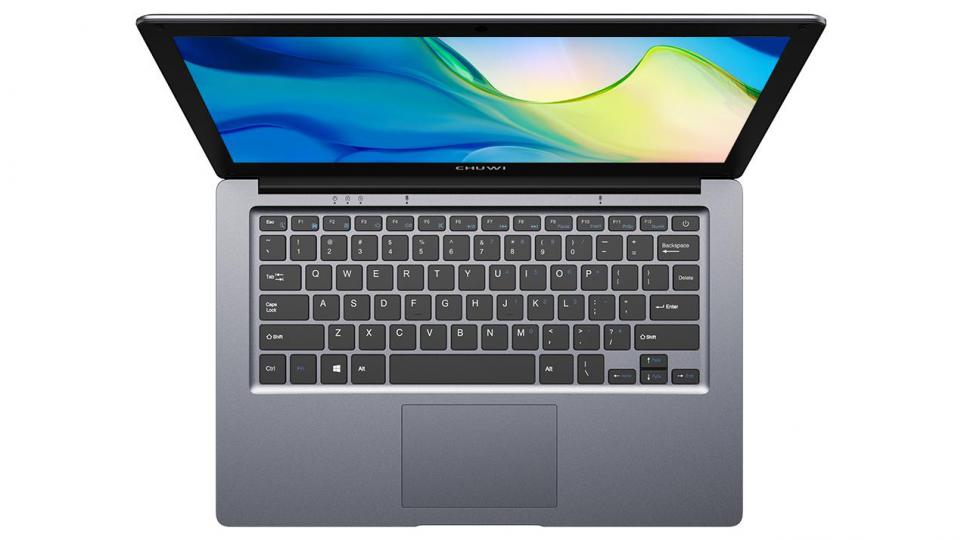 The flip side to this plastic construction is a relatively light 1.2kg weight, even if the rather paltry 4hrs 24mins battery life will mean bringing the power adapter with you on day trips. Luckily, this weighs a mere 138g and is compact enough to slip unnoticed into a bag. It’s a DC input, not USB-C but that’s to be expected when there is no USB-C port to be found. If you want to output to a monitor you’ll need to buy a mini HDMI to HDMI converter, and there are two old-fashioned USB-A 3 ports, one sitting on each side. There’s also a headphone out and a microSD slot but that’s your lot.

It’s by no means a big problem, but the HeroBook Pro+ uses Wi-Fi 5 rather than Wi-Fi 6 and in an unusual move it’s only a 1×1 radio/antenna system. Most laptops use 2×2, which means two beams and two antennas, and that means faster and more reliable speeds. If all you’re doing is browsing the internet, though, the pace of your Wi-Fi connection will always outpace that of your broadband.

The Chuwi HeroBook+ holds one final and more pleasant surprise: a 1,600 x 1,200 webcam. Logitech won’t be shaking in its boots, but this adds welcome detail on video calls. Again, the microphone is nothing special but it works, and the same can be said of the speakers. Music sounds dreadful, with drums reproduced with all the depth of an Adam Sandler film, but it works.

One final word of caution: storage. Once Windows has had its wicked way, there’s around 85GB free from the supplied 128GB drive. Install a couple of large applications and that will disappear, which could cause a problem when it’s time to update to the next version of Windows. You’ll need to be frugal.

But we come back to one key point: what exactly do you expect for around £205? Sure, it’s slow, and when it comes to gaming your phone is likely to do a better job. This isn’t an all-purpose laptop but one to fulfil the same role as netbooks of years ago, and it will do so without any trouble. Just remember to switch off those Windows animations to lighten the load. 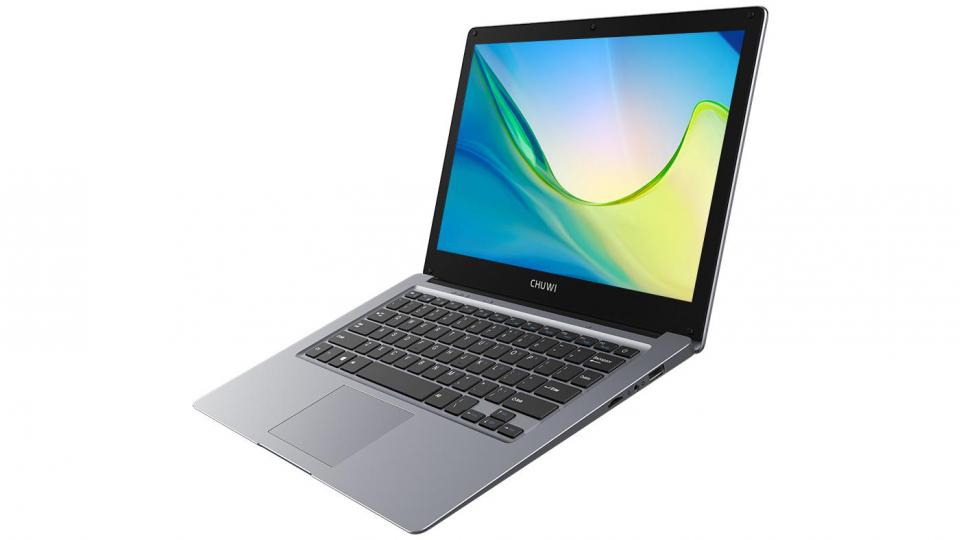