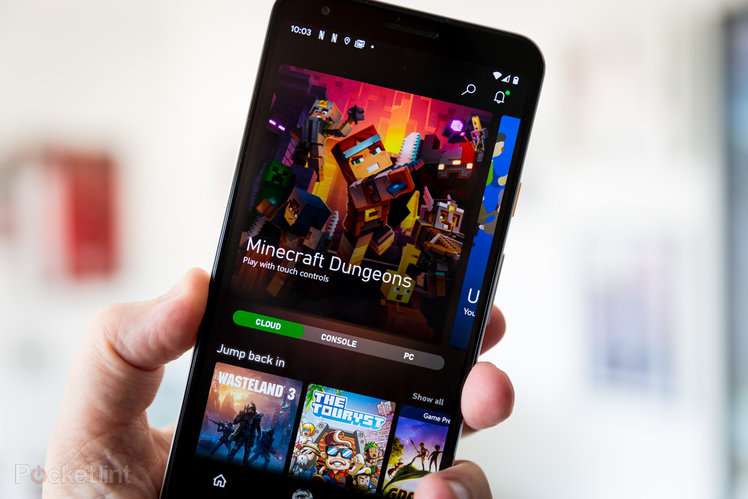 Microsoft has its own cloud gaming platform. Previously called Project xCloud, Cloud Gaming with Xbox Game Pass Ultimate offers more than 150 Xbox One games to be played on Android devices over a data connection and is easy to get started with.

Here’s everything you need to know about the Xbox cloud games service, including what devices are compatible and all the available games.

What is Cloud Gaming with Xbox Game Pass Ultimate?

Formerly called Project xCloud, Cloud Gaming is Microsoft’s cloud gaming platform that is designed as a complementary service to its Xbox One and Xbox Series X and Series S games consoles. It’s now available in 22 countries.

It is a streaming service, in that all games are hosted on remote servers and live gameplay video is sent to a compatible device over the internet. In return, controller codes are sent in the other direction so, for all intents and purposes, it feels like you are playing a game loaded on the device itself.

It is not a new idea; PlayStation Now has been available on PS4 consoles for several years; Nvidia launched the full GeForce Now service in early 2020; and Cloud Gaming’s major rival, Google’s Stadia, launched in November 2019. However, Microsoft’s service is not a separate offering – it is a no-cost addition to its existing Xbox Game Pass Ultimate membership scheme.

Microsoft hopes that the service will be a success because it has one of the largest network of data centres around the world. Microsoft says this will ensure game requests can be served locally rather than across continents, potentially reducing latency by shortening the distance between the end user and the data centre.

Latency is the enemy of cloud gaming, often adding many milliseconds between button presses and actions performed on screen. And, while that doesn’t sound like much, milliseconds are vital when it comes to gaming. Say you press the button to shoot an onrushing enemy, a few milliseconds of latency can be the difference between hitting them and not. Or, in a driving game such as Forza Horizon 4, the difference between successfully drifting around a corner or ending up wrapped around a tree.

Does that mean my Xbox One or other games console will be defunct in future?

Cloud Gaming is not designed to replace existing or future games consoles. Instead, it runs parallel to the company’s machines, offering many of the same games and even allowing for save games to be picked up and continued no matter which device you use: mobile, console or even PC.

As it is available as part of the company’s Xbox Game Pass Ultimate membership scheme, which also includes over 200 games to download to the Xbox One, 100 games for PC, Xbox Live Gold and, from November, EA Play, it is seen very much as an extension to Xbox One gaming and, eventually, Xbox Series X/S too.

Essentially, Cloud Gaming is an ideal way for you to carry-on your Xbox experience on a portable device, whether you are at home or out and about. 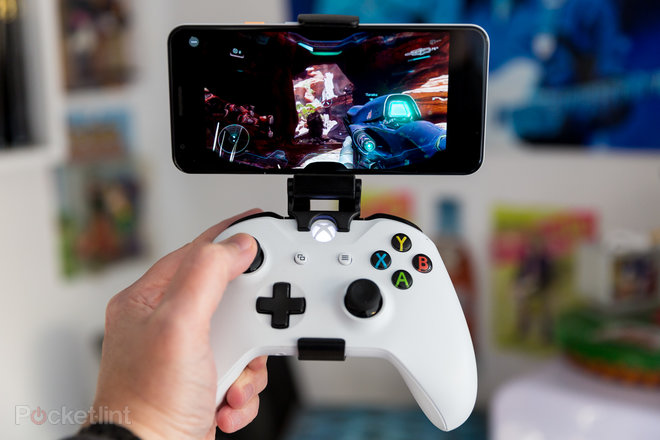 When and where will I be able to use Xbox Cloud Gaming?

Cloud Gaming with Xbox Game Pass Ultimate is available in 22 countries for Android devices exclusively. You need to download the Xbox Game Pass app from Google Play or the Samsung Galaxy Store. You can play cloud games through the app, plus wishlist and even download games to your Xbox One or Windows PC. A browser-based app is also coming to iOS, avoiding Apple’s stringent App Store protocols.

Among the countries covered are Belgium, Canada, Denmark, Finland, France, Germany, Ireland, Italy, Netherlands, Norway, South Korea, Spain, Sweden, UK and the US. You can see a full list of countries with Cloud Gaming support here.

One of the games – Minecraft Dungeons – does feature touch controls, which could also be extended to other games in future. However, for now, you will also need a Bluetooth-enabled Xbox One Wireless Controller to play the rest of the titles. Xbox also recommends you acquire a phone mount for the controller, unless you are playing using a tablet.

The mount is reasonably inexpensive, however. We’ve found a pack of three of them for just £7.99 on Amazon.co.uk, for example.

How much does Cloud Gaming with Xbox Game Pass Ultimate cost?

What is Xbox Console Streaming?

As well as Cloud Gaming, Xbox Console Streaming is available. Using the same technology, gamers can use their own Xbox One consoles as a Cloud Gaming server and therefore stream their own games to a portable device.

PlayStation offers something similar in the form of PS4 Remote Play, but Xbox Console Streaming is different as you aren’t restricted to having to be on the same home network, you can also stream over a mobile data connection.

You can find out more about it here.

Here is the current list of all the available games on Cloud Gaming (as of 15 September 2020): 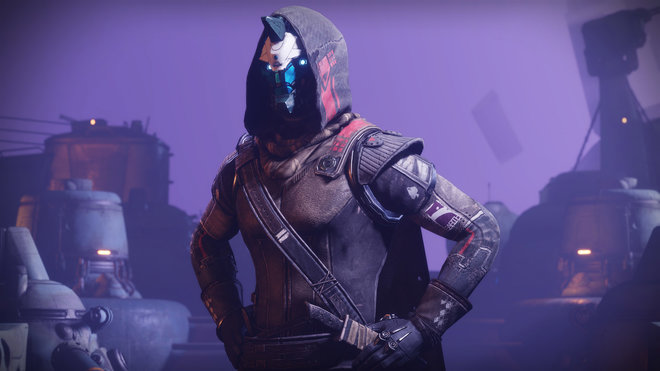 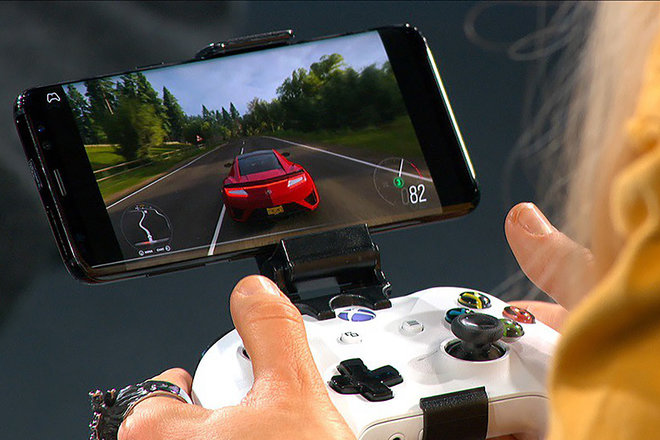 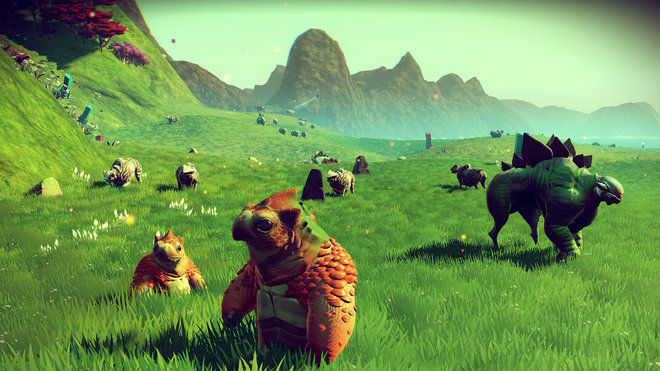 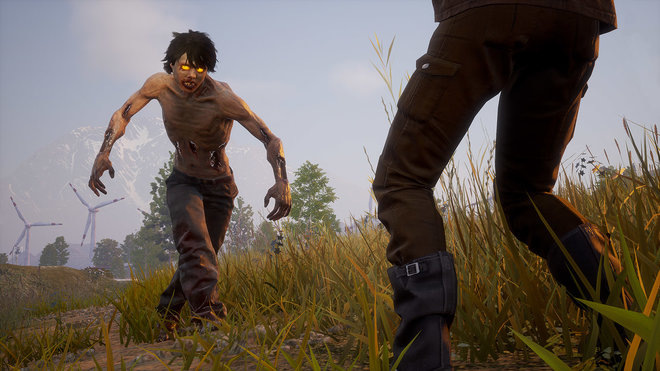 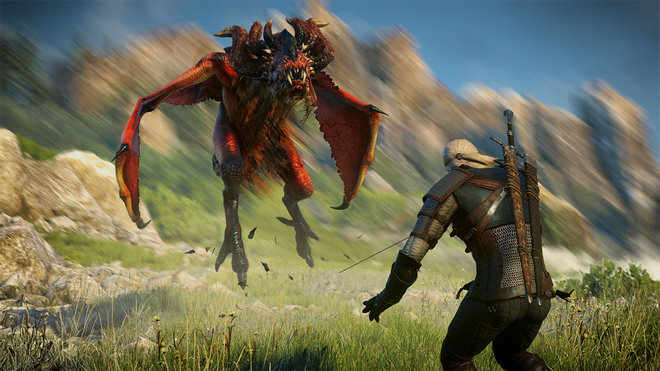