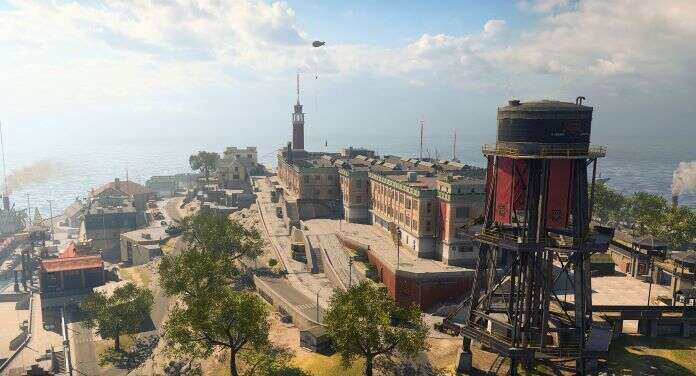 Call of Duty: Warzone has fallen victim to the day of jokes and trolls, with Raven Software’s latest patch notes revealing some pretty wacky changes to the standard battle royale experience.

According to the patch notes for April 1, Warzone’s parachuting functionality has been modified in Caldera, which removes parachuting and fall damage. Players are reporting that they’re dropping into Caldera without their chute, and they’re surviving the massive fall.

While the parachuting change seems to hold some truth, the patch notes also suggest that loadout drops, which are a popular feature in Warzone, have been removed from the game. However, it looks like loadout drops are still very much in the game, and free loadouts seem to be dropping at the beginning of matches on Rebirth Island.

Rocket launchers have also been modified for the day. Players are reporting that launchers and explosives also work differently on Caldera and Rebirth Island, as explosions aren’t killing anyone in Warzone for April Fools’. Instead, players are being flung backwards. Incendiary ammo seems to be sending players soaring into the air as well for April Fools’ Day.

Additionally, the patch notes share other silly features that may not actually be in the game, including Fortnite-esque portable forts and lootable fauna.

The full patch notes can be seen below, as shared by Raven Software.

Warzone recently added the Communication Towers feature to Rebirth Island, and we have a handy tower guide to help you locate them all. More changes are expected to come to Rebirth Island as the Rebirth Reinforced event progresses.

Loadout Weapons were clearly overpowered due to Players equpping effective combinations of Attachments on them. In order to level the playing field for everyone, we have removed Loadouts from the game. May RNG be on your side!

Data indicates that a considerable number of Players die upon Infil. Given the ongoing struggle, we’ve removed this initial barrier of entry. We’d like to thank our creators for providing live demonstrations of this issue.

Upon analyzing our heat maps, we’ve determined that Players need better tools to engage with one another in low density areas. We fully expect portable fortresses to help improve survivability and leave a mark on enemy morale.