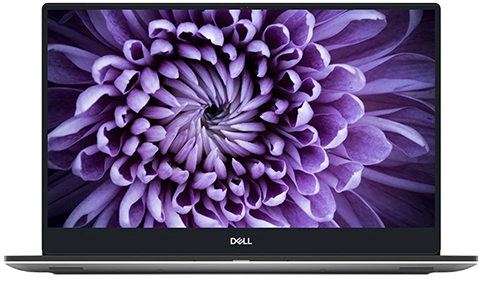 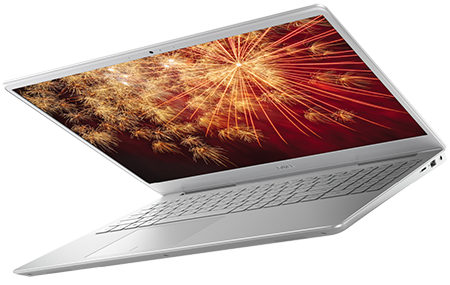 Dell’s XPS 15 (7590) is an impressive piece of hardware, complete with 4K display options, dedicated NVIDIA GTX 1650 GPU, and 9th Gen Intel Core processors. It’s also quite a bit more expensive than the Inspiron 15 7000 (7591), which is an excellent laptop in its own right for those who don’t mind a more basic device. Let’s take a look at the specs that make up these two laptops.

The latest XPS 15 hasn’t changed much over the last couple of generations, sticking with the carbon fiber interior and CNC machined aluminum chassis. The plain webcam (no Windows Hello) has, however, been moved back above the display, and you still get impressively thin bezel. The XPS 15 is slightly smaller and thinner than the Inspiron 15 7000, though not so much that you’d notice a big difference if they weren’t side-by-side.

The Inspiron 15 has an aluminum chassis that extends to the interior, keeping the silver finish throughout. The lack of carbon fiber and the slightly larger chassis make it a bit heavier than the XPS 15, at least to start. Once you add a 4K touch display and a massive 97Wh battery to the XPS 15, it does become heavier.

Both laptops employ a sizeable Precision touchpad with plenty of room for Windows 10 gestures. As for the keyboard, both are backlit, and both should be fine for a day of productivity. If you type a lot, testing them both out before a final purchase is a good idea. For example, key travel on the XPS 15 is 1.3mm, which is a bit shallow for a device this size.

Neither laptop has an IR camera for Windows Hello, though a fingerprint reader is built into the power button. This seems to be an optional addition on the XPS 15, whereas it comes stock on the Inspiron 15. The fingerprint reader provides some extra security and is a welcome addition for anyone who’s often using their laptop in public.

Port selection is similarly generous on both devices — you get Thunderbolt 3, multiple USB-A, HDMI, and 3.5mm audio — though there are some differences to note. The Inspiron 15 has one extra USB-A port than the XPS 15. The Inspiron also uses a microSD card reader rather than the full-size SD card reader found on the XPS 15. Ultimately, both laptops deliver generous connectivity, and you can add a powerful Thunderbolt 3 docking station for even more ports. 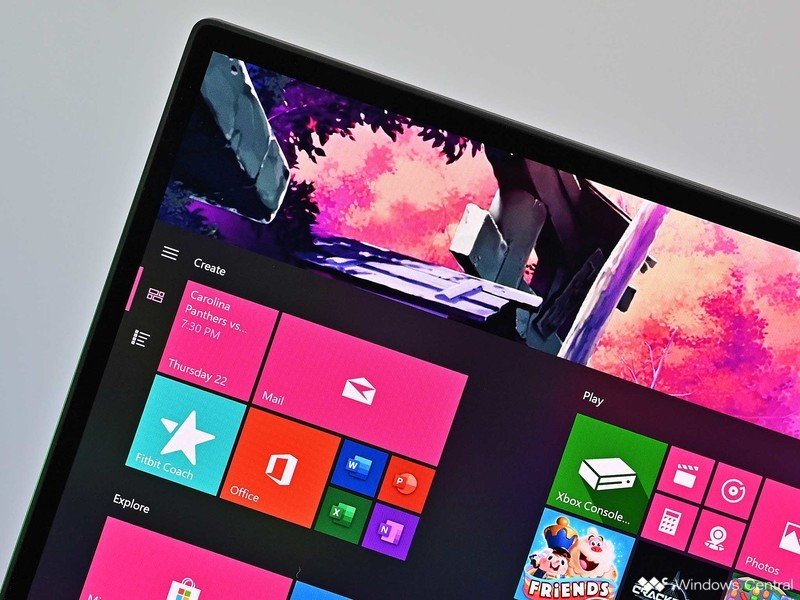 The XPS 15 has seen some changes to its display options for the 7590 model, including standard non-touch FHD and a couple of 4K options. The FHD model, which is the most affordable, hits up to 500 nits brightness thanks to a WLED backlight, and it manages 100% sRGB and 72% NTSC color reproduction. Its high brightness means you can use it just about anywhere, and it will gobble up the least amount of power.

For those who love or require 4K for work, the Sharp IGZO LCD panel option hits 500 nits brightness and manages 100% AdobeRGB color reproduction, making it a reliable choice for photo editing. You get touch and pen support here, but it will eat up more battery life and will weigh more.

There’s also an OLED 4K non-touch display available, with up to 400 nits brightness and 100% DCI-P3 color reproduction for professional work. It has brilliant contrast and a 1ms response time, but it does suck up the most power.

As for the Inspiron 15 7000, there’s a relatively basic FHD non-touch display option with an anti-glare finish and IPS panel. It’s all you’ll need for standard tasks, and it’s a looker in its own right, but it just doesn’t match up to the stellar 4K options available with the XPS 15. For general productivity tasks, the Inspiron 15 has all the hardware you’ll need (and a bit more). It’s available with up to a 9th Gen Intel Core i7-9750H processor (CPU), 16GB of DDR4 RAM, and a 512GB M.2 PCIe solid-state drive (SSD), as well as a dedicated NVIDIA GTX 1050 GPU with 3GB of VRAM. It’s enough for some quality gaming or a bit of extra horsepower for editing. If you’re trying to stick to a tight budget, the high-end Inspiron 15 configuration has a lot to offer for the $1,050 price tag. That’s less money than even the introductory XPS 15 model.

For a general productivity machine that’s still going to tear through word processing, web browsing, and video streaming, you can spend about $800 and get a 9th Gen Intel Core i5-9300H CPU, 8GB of RAM, 256GB SSD, and integrated Intel UHD 630 graphics.

On the other hand, if you want a thin and light 15-inch device with a performance boost, the XPS 15 has some extra hardware to behold. With up to a 9th Gen Intel Core i9-9980HK CPU, 32GB of DDR4 RAM, a 2TB PCIe SSD, and a dedicated NVIDIA GTX 1650 GPU with 4GB of VRAM, it can pretty much handle anything you throw its way, including specialized work. Add in three display choices, and you have one mighty Ultrabook.

Overall, the XPS 15 is thinner, lighter (at least to start), and of overall higher quality. You’re ultimately going to pay more, but there are three superb displays to choose from, and it can become a true desktop killer for professionals thanks to more powerful hardware options.

Go with the Inspiron 15 7000 for an affordable Ultrabook

If you don’t need the extra power or fancy displays found in the XPS 15, the Inspiron 15 7000 is going to save you a lot of money and still be an excellent laptop. It’s built well, it has many of the same features, and a dedicated NVIDIA GTX 1050 GPU and 9th Gen Intel CPUs add some much-appreciated power.

A classic 15-inch laptop with a great price

It might not be as flashy or have the same display and hardware options as the XPS 15, but the affordable price will no doubt draw in a lot of people.