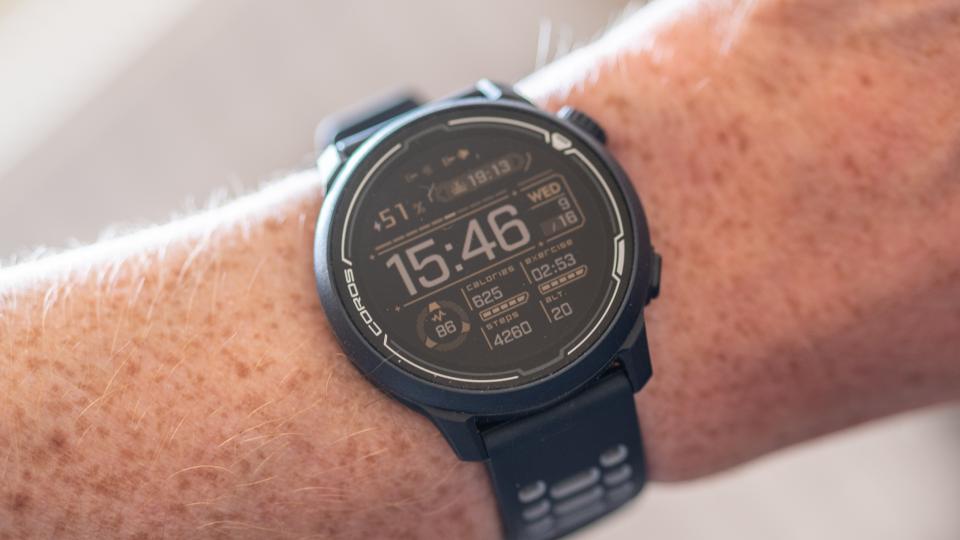 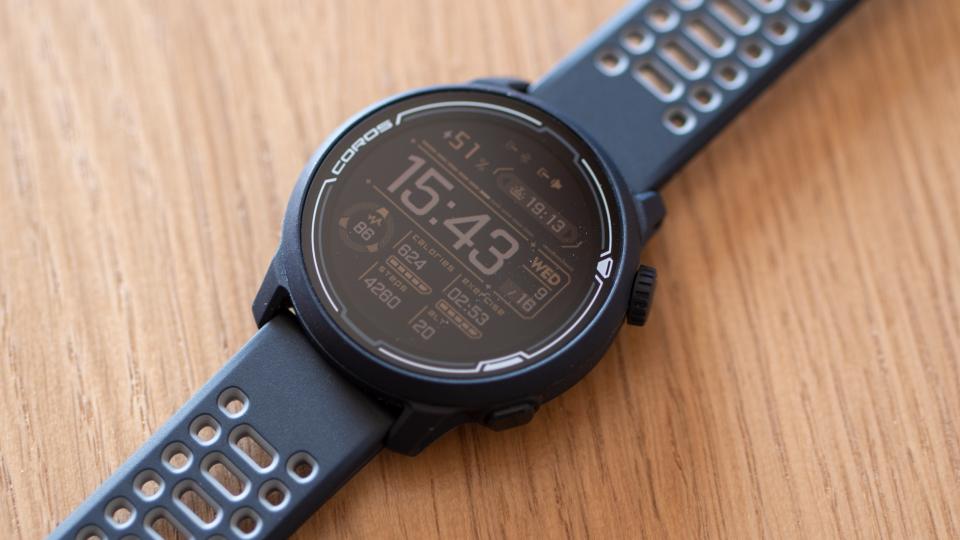 Our Rating Price when reviewed 180

Ask a group of running, cycling or triathlon enthusiasts about which fitness wearable they use and Coros will unlikely get a mention, amongst a host of Garmin, Polar and maybe Suunto users. But Coros is a company that is making great strides in the fitness wearable space and its Coros Pace 2 deserves a place on every fitness fan’s wish list. In fact, we think it’s the best GPS watch we’ve tested at under £200.

Coros Pace 2 review: What do you get for the money?

The Coros Pace 2 is the second generation of the firm’s entry-level fitness watch, although its features put it more at the serious end of the fitness tracking market. This is no casual activity tracker.

It costs a mere £180 and, at that price, it goes head-to-head with rivals such as the Garmin Forerunner 245 and the Polar Vantage M.

That’s the same price as an Apple Watch Series 3, but as a smartwatch with a relatively short battery life that sits in a slightly different category to the Pace 2.

The first thing you notice about the Pace 2 is that it’s almost inconceivably light. In fact, at a mere 29g with the optional nylon strap, Coros claims it’s the lightest GPS watch in the world. That doesn’t mean it lacks features, however. On the contrary, it’s stacked with most of the sensors and training facilities a serious fitness fanatic needs to take their training to the next level. 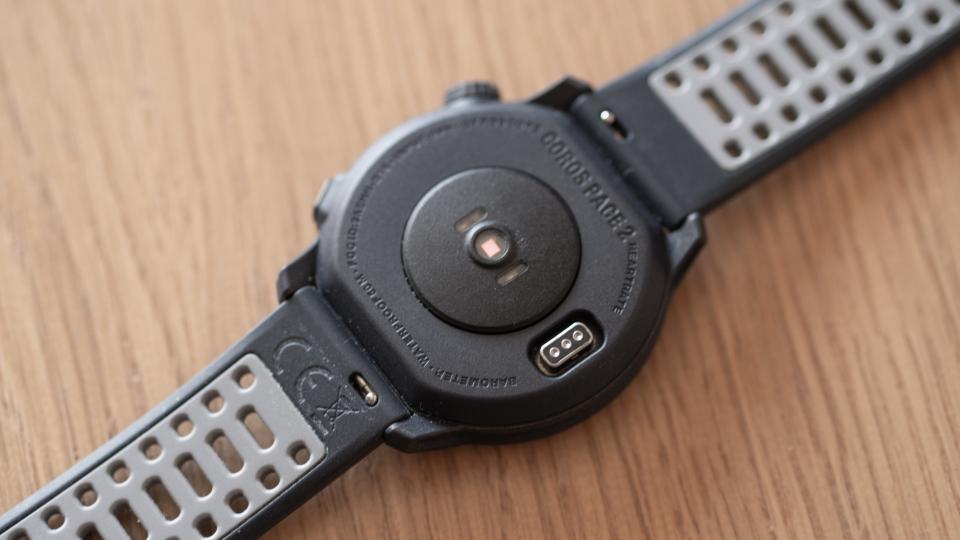 There’s built-in GPS, with additional support for GLONASS and Beidou (and Galileo via a promised firmware update). There’s an optical heart rate sensor on the rear, a barometric altimeter for tracking hilly routes more accurately, plus an accelerometer, compass, gyroscope and thermometer.

Not only that, but the Pace 2 is also waterproof to 50 metres and features both Bluetooth and ANT+ connectivity for hooking up external sensors such as heart-rate chest belts and running pods.

Combined with a crystal clear 1.2in, 240 x 240 resolution memory in pixel colour screen and a claimed battery life of up to 20 days, it would seem there’s very little missing from the Coros Pace 2’s specifications. In fact, aside from the lack of music control and playback, the Coros Pace 2 is arguably more generous on the features front than rivals at the same price.

Coros Pace 2 review: What sport tracking modes does it have?

The hardware, however, is only part of the story when it comes to fitness watches. Software and ease-of-use are critical and on this front, the Coros Pace 2 has nailed it.

Its sports modes cover all the key bases. There are outdoor, indoor and track running modes, outdoor and indoor cycling modes, plus gym cardio and Strength modes for other indoor workouts. 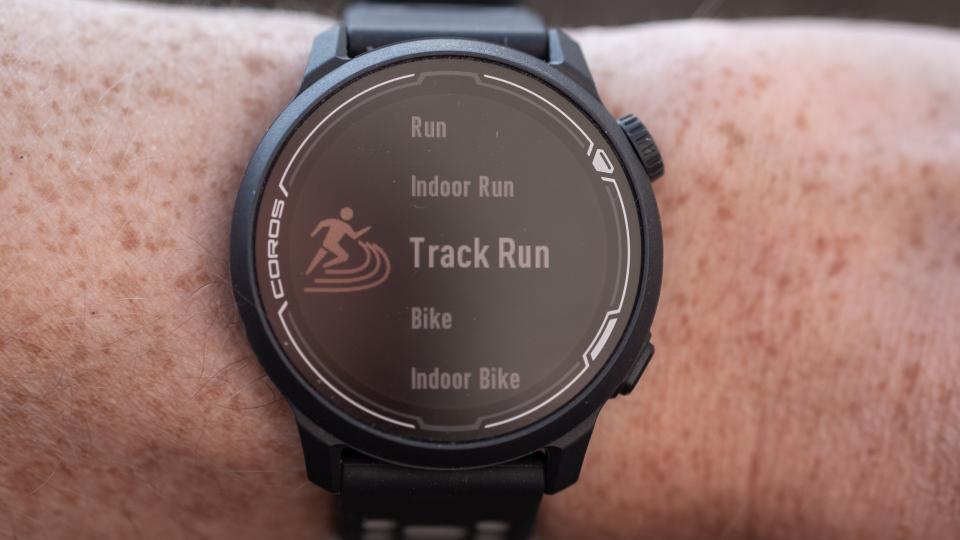 And, while there’s no sign of esoteric sports such as backcountry skiing or rollerblading as you get with a Suunto, you can use the Pace 2’s catchall GPS Cardio mode to capture those types of sessions.

Crucially, the Pace 2 also offers both pool swimming and open water swimming modes and it has a dedicated triathlon tracking mode. In short, it caters for pretty much all forms of popular exercise.

Not only that, but in a world where mind-bendingly complex menu systems and options rule (I’m looking at you, Garmin), the Coros Pace 2’s simplicity comes as a breath of fresh air.

There’s no touchscreen here but arguably that’s a good thing as touchscreen and sweaty exercise rarely go together well. The watch has only two physical controls: a clickable, rotating digital crown and single back button below it, and these make navigating around the user interface incredibly straightforward. 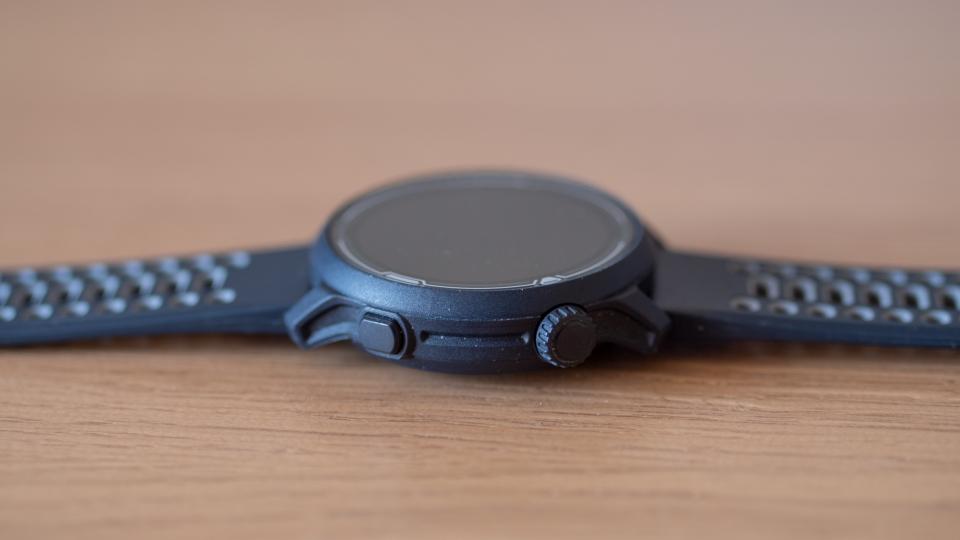 And that UI is disarmingly easy to get to grips with. From the home screen, simply spin the crown to cycle through the watch’s various different widgets. These include message notifications, your daily activity overview, plus temperature, atmospheric pressure, altitude and heart rate charts.

To get to your workout modes, simply click the crown, or hold the back button to access the settings, timer and stopwatch and other tools. And it’s just as easy to operate when exercising: you spin the crown to cycle through the various workout screens, click the bottom button to add a lap and the crown to pause.

And, added to all this, the watch works like a dream. Actions on-screen respond instantly to button presses and tweaks to the digital crown, menus swish by swiftly and synchronisation takes place quickly and without fuss. I’ve never yet had to restart Bluetooth, reboot the phone or the watch yet in over a month of use, which is a relief.

Coros Pace 2 review: How good is the companion app?

The Coros mobile app follows a similar approach, presenting an overview of today’s general activity on the home screen – steps, heart rate, exercise time, sleep and so on – with details of recent activities available on the workout tab.

Despite appearances, there’s plenty of data here to get stuck into. The running stats, which is where I spent most of my time while testing, comprise all the metrics you’d expect – heart rate, pace, time in zone – but also include advanced stuff like cadence, stride length, running power and aerobic/anaerobic training effect. 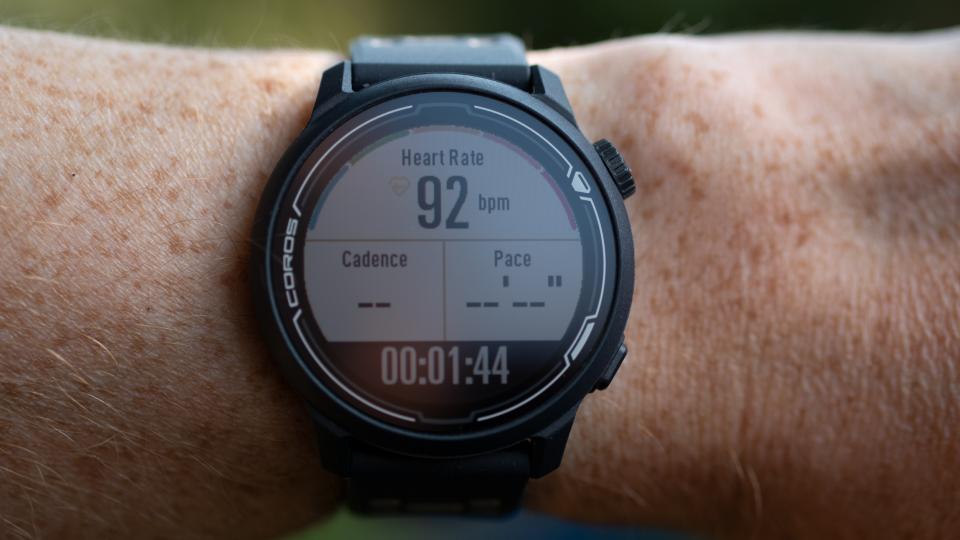 There’s plenty more to play with, including a muscle heatmap that displays which muscles you’ve been working on during your gym sessions and which you might have been neglecting.

With various other advanced overall fitness metrics to look at, including an estimation of your VO2 max, lactate threshold and threshold pace plus a recovery time advisor (accompanied by a real-time “stamina” level indicator on the watch itself), there’s virtually nothing missing.

Just like other advanced fitness wearables, there’s plenty of scope within the app to create training plans and more complex interval or staged workouts, and you can set each segment to target heart rate, pace, power, or cadence as well. 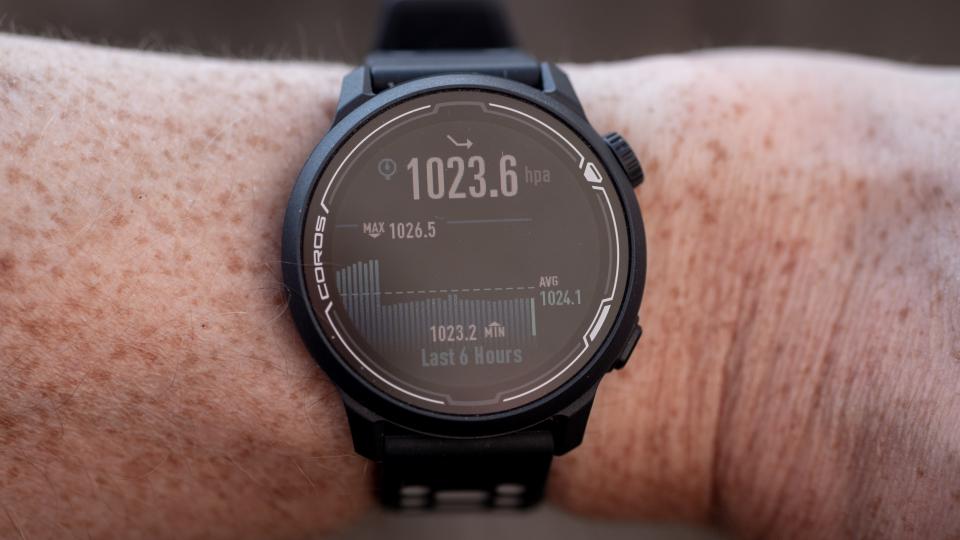 There is only one hole in the Coros Pace 2’s software offering and it is a fairly big one. There’s no web-based UI for more comfortable analysis from the screen of your laptop. However, with support for synchronisation with a decent selection of third-party fitness platforms (including Strava, Training Peaks, Runalyze, Apple Health and WeRun), you can easily sidestep that problem.

Coros Pace 2 review: Is it accurate?

No fitness wearable is worth considering without a base level of accuracy but the good news is that the Coros Pace 2 is well up with the best I’ve tested for both GPS and heart-rate accuracy.

At the time of writing, I’ve run with the watch for more than 150km, much of the time comparing directly with a Polar Grit X on the other wrist (and latterly a MyZone MZ3 chest belt, too) and it’s generally held up very well. There was one session where it went a little crazy, reading 20bpm above what the chest belt was reporting during my warm-up, but otherwise, it has behaved very well.

I found that the heart rate numbers stayed pretty steady, not jumping around too much as they are prone to do with the Polar. Upon analysing the GPS traces, I didn’t find anything particularly untoward, with total distances largely in keeping with what I’d expect them to be.

It’s only when tasked with more intense interval workouts that the Coros Pace 2’s optical heart rate reader tends to struggle, although it’s no different to most other wrist-bound optical heart rate trackers in this regard. When compared with the readouts from my MyZone MZ3 chest belt during these workouts, it generally lagged behind changes by around 10 to 15 seconds. When you hold a steady pace, however, the Coros Pace 2 is solid, matching the chest belt’s accuracy.

The Pace 2’s pace readouts were pretty much on the money, too, and didn’t leap around disconcertingly as the Polar Grit X did when running under bridges and particularly dense tree coverage.

Battery life is brilliant. I found that the Coros Pace 2 would last just under two weeks per charge, typically, with around eight hours of GPS use. Coros claims 20 hours of continuous GPS usage, which seems about right to me.

But that’s not all. If you’re mad enough to plan on going for a multi-day run away from mains power, the Pace 2 will cater for you there as well, lasting 60 hours of GPS use in UltraMax mode. In this mode it uses GPS part of the time, filling in the gaps with data from the watch’s motion sensors.

There’s nothing more that I like than to give a product a no-holds-barred, glowing five-star review, but few products warrant such praise. The Coros Pace 2, however, effortlessly qualifies for a Best Buy award.

It has pretty much everything you need in a fitness watch. It’s comfortable, robust and easy to use, and it’ll give you the metrics you need without making life difficult. It has great battery life, acceptable levels of accuracy and phenomenal reliability too and the fact it delivers all this at a price that’s, frankly, a steal is just a bonus.

Despite its low cost, this is no cheap, part-timer. It’s a proper, serious fitness wearable that just happens to also be great value. If I could give it more than five stars, I would.