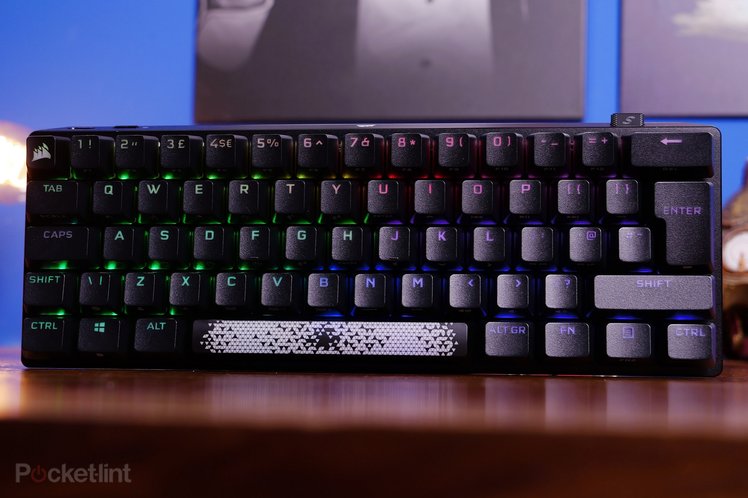 It seems that Corsair is getting serious with the K70 Pro Mini – a hot-swappable keyboard packed with specs and features in a tiny form factor.

This is an intriguing offering for a number of reasons, and not just because this is the first time the company has offered this level of customisation.

The market is now packed with tons of capable options for both gaming and productivity, however, so just how does Corsair’s latest effort match up?

We’ve been testing it over the last few weeks in order to find out.

At a glance, you’d be forgiven for thinking the K70 Pro Mini was just a wireless version of the K65 RGB Mini. There are some similarities here – they both have Cherry MX Switches as standard, and they both pack specs that include an 8,000Hz polling rate and the promise of low latency data transmission.

Think of the K70 Pro Mini Wireless as the K65’s more expensive and fancier brother, though. It might look similar, but there’s actually a lot more on offer here. 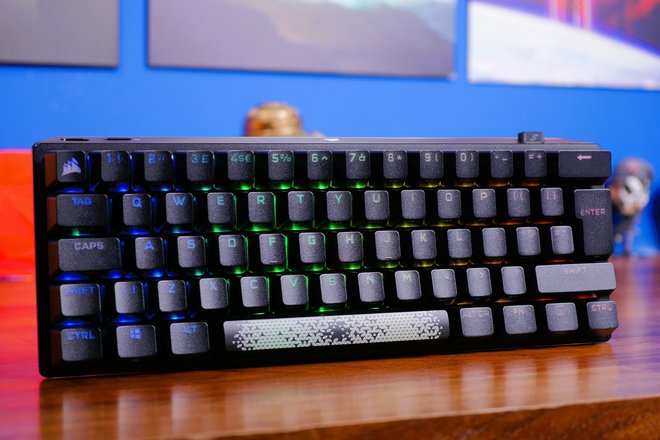 Obviously, for a start, it’s wireless, so that means you can abandon the USB-C cable unless you need to charge it (which is around every 30 hours with RGB on or 200 with the lighting off). You also have a choice of low-latency Bluetooth or 2.4GHz wireless, and there’s even a special mode designed specifically for PlayStation 5as well.

It also promises hyper-fast performance with an 8,000Hz polling rate, 4,000Hz key scanning and Intelligent Frequency Shift to scan and switch to the cleanest wireless channel on the fly. All this adds up to a fast (0.25ms) and accurate signal from the keyboard to your gaming PC. So, that means you won’t be able to blame your hardware for your in-game failings.

As if that wasn’t enough, there’s also an 8MB onboard memory that lets you save up to 50 different profiles to the keyboard (think different settings for different games) and stack as many as 20 different lighting effects on top of each other, as well. 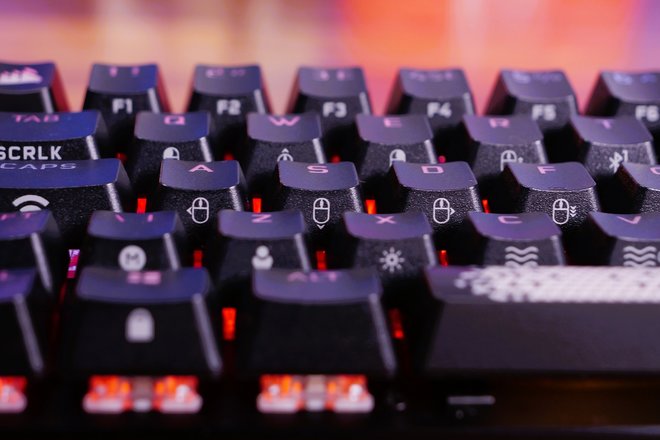 The Corsair K70 Pro Mini Wireless might be small, but it has multiple extra functions packed into the secondary layer. This means you can do all sorts with a double button press, including checking battery life, recording macros, activating PlayStation mode, switching to Bluetooth and more.

This is great news, as 60 percent keyboards are a bit of a faff to negotiate some standard uses and button presses. Simple things like directional arrows can be buried in other buttons and need a press of FN first in order to access. The placement is good here and logical here, though.

This keyboard also includes some quirky controls, like mouse movements and clicks in the WASD area, which is unusual and intriguing.

So far, so good. The highlight for us, however, as you might have guessed, is the hot-swappable switches. 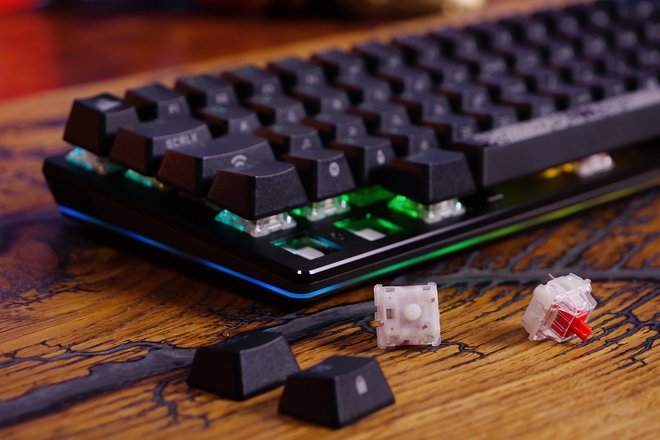 Hot-swappable to a point

One of the most appealing features of the K70 Pro Mini Wireless is the ability to swap out the switches. As standard, it comes with a choice of two switches:

These are three-pin switches and you can remove them with the included switch puller and replace them with switches of your choice. This is great if you’re looking to upgrade or replace defective switches in the future, though it is worth noting that it will only accept three-pin switches – not five-pin – which may limit your options.

We were originally going to use lubed Novelkeys Creams to change the feel (and sound) of the keyboard, but couldn’t because they’re five-pin switches. So, that was a sad setback.

This might seem like a small complaint, but the more affordable NZXT Function MiniTKL accepts both three and five-pin switches. It’s still nice to see this option included on a mainstream keyboard, though, as most big gaming brands haven’t made that move yet.

The other benefit of the K70 Pro Mini Wireless design is that it has a standard bottom row layout, so you have the option to try various different custom keycaps to change the look and feel of the keyboard. 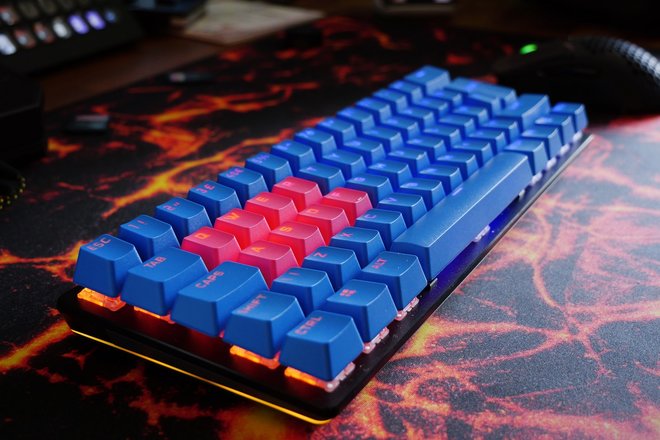 As standard, it has either PBT double shot or Polycarbonate keycaps (depending on your region), and, in our experience, the lighting doesn’t shine through as well with the thick PBT setup. The K65 RGB Mini had a nice bit of RGB bleed thanks to the white backplate, but that’s not here with the K70 Pro Mini Wireless, and that’s a real shame.

We tried a few different keycap sets and Corsair’s coloured ones look a bit nicer, but, again, they don’t let through as much light. From the side, though, you can see that this keyboard has a 360-degree RGB LightEdge lighting bar with 28 LEDs to add some accent lighting to it. 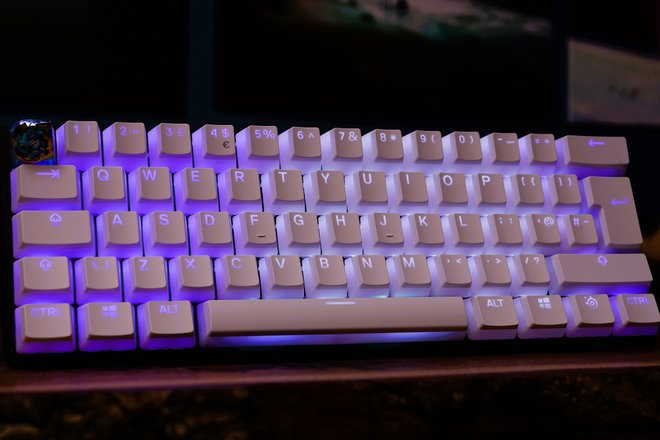 We found this didn’t add much glow to our desk, but it’s still a nice bit of extra style to the keyboard.

With the possibility of stacking lighting effects, we’d like to have seen better visuals as standard, especially with the K65 RGB Mini looking nicer out of the box.

You can, however, achieve some improvement by using something like SteelSeries PrismCaps. Pudding keycaps add a much nicer lighting over and a better aesthetic.