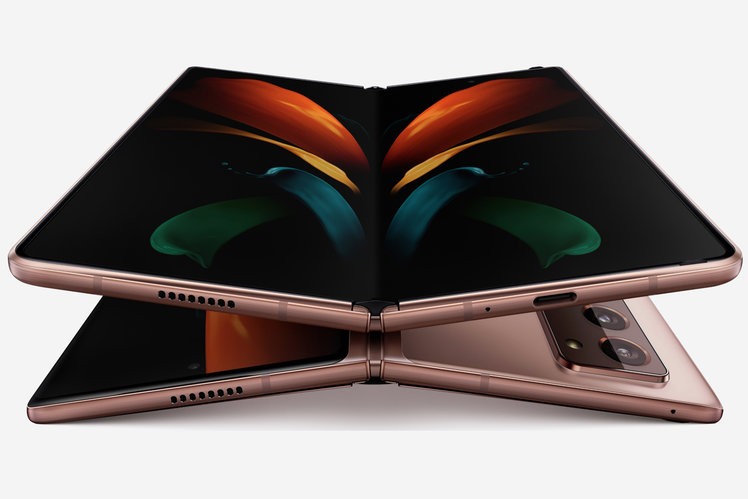 Samsung is set to reveal the next generation of its Galaxy Fold – the Galaxy Z Fold 2 – during its Unpacked event on 5 August, but for those that can’t wait, high resolution images have leaked online ahead of the launch.

Serial leaker Evan Blass has shared a stream of images of Samsung’s upcoming devices on his Twitter feed. The rumoured Galaxy Tab S7, Galaxy Watch 3 and Galaxy Note 20 have all been revealed in a number of images by Blass, alongside crystal clear images of a rose gold Galaxy Z Fold 2.

The images of the Galaxy Z Fold 2 show a refined design compared to the original Fold, with a much larger external display and a significantly improved hinge. The rose gold colour matches all the official teasers from Samsung surrounding the event too and it the device certainly looks lovely in these pictures.

Previous rumours suggest the Galaxy Z Fold 2 will have a 7.7-inch display when unfolded with a 6.23-inch external display. It’s thought the recently-announced Qualcomm Snapdragon 865 Plus might be under the hood, meaning 5G-kapaciteter again and it’s been suggested storage options will start at 256GB storage with 512GB as an option. The battery is said to have a combined capacity of 4365mAh.

Samsung’s Galaxy Unpacked event will take place on 5 August at 10am ET, 7am PT, 3pm UK time. You can read our Samsung Galaxy Unpacked feature to find out what else we are expecting and how to watch the virtual event.