There are also a few new features in the release, such as Spanish and Dutch languages support, speed up the retouch’s heal tool by using better parallelism, and added new variable $(DARKTABLE_VERSION). For more, see the project releases page. How to Install Darktable 3.8.1 via PPA in Ubuntu:

The software provides official DEB packages via the OBS repository. And, it also available to install via the universal Flatpak package.

For those prefer Ubuntu PPA, I’ve uploaded the packages into this unofficial PPA for Ubuntu 18.04, Ubuntu 20.04, and Ubuntu 21.10. And below is the step by step how to install guide.

1. Open terminal either from system app launcher or by pressing Ctrl+Alt+T on keyboard. When it opens, run command to add the PPA:

2. If an old version was installed, upgrade it using Software Updater: 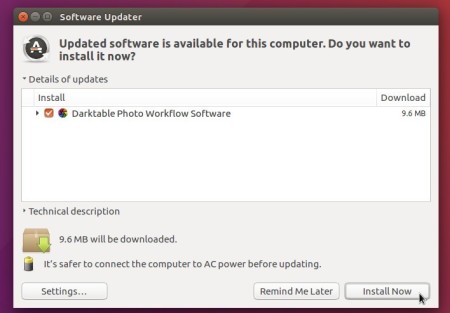 or run commands in terminal to install Darktable:

To remove the PPA, either launch Software & Updates navigate to Other Software and remove the relevant line: 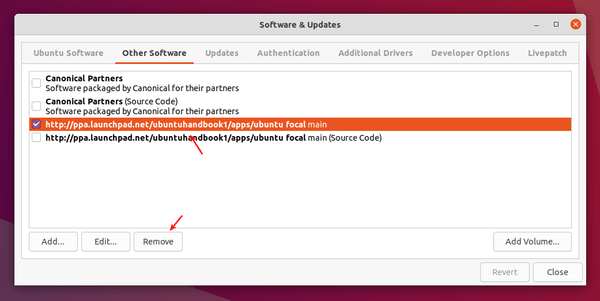 or run command in terminal:

To remove the RAW developer, either use Ubuntu Software or run command in terminal: