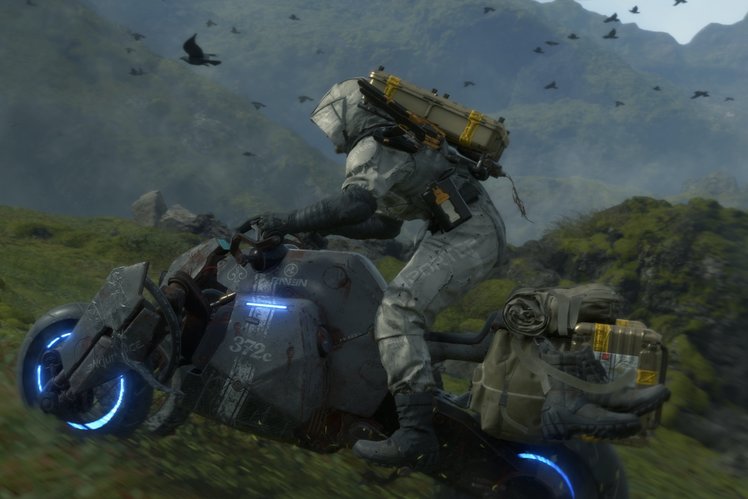 Well, it was always going to be at least a bit weird, wasn’t it? Hideo Kojima’s first game after the end of his relationship with the Metal Gear Solid franchise was teased for years, and boasts a celebrity cast that doesn’t resemble much you’ve ever played before.

Death Stranding is a title that almost deliberately defies tidy description, but plays like an exploration game mixed in with a sci-fi thriller that’s sometimes bogged down by exposition that most people will surely find more than a little baffling.

It’s a unique experience, that’s for sure.

A long trek ahead

It’s important to stress that Death Stranding is a meaty game up front – it’ll take between 45 and 60 hours for most people to complete, with that time dividing down into a set of chapters that vary wildly in length. Each focuses in theory on a different supporting character.

For the first eight or nine hours, you’ll get blasted with cutscenes and exposition as Kojima frantically establishes the post-apocalyptic world he’s authored, before you settle in for a more predictable few dozen hours actually playing the game without so many interruptions. Then, in the closing 10 hours or so, Death Stranding takes you back to where it started with a more on-rails story-driven experience again. 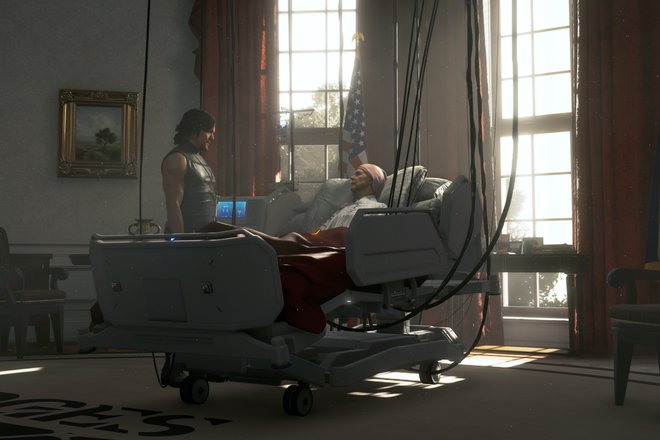 In that way this really isn’t so structurally different to some of the mammoth stories Kojima told in Metal Gear Solid games of the past, and he’s dealing with similarly complicated, borderline arcane technobabble here. Death Stranding stars Sam Porter Bridges (played gamely by Norman Reedus), a beleaguered courier in a world broken apart by the mysterious explosive event that gives the name its title.

He’s swiftly and reluctantly recruited by the UCA, a new-ish alliance trying to reunite the disparate communities left technologically and logistically stranded across America. As a courier, players take control of Sam as he slowly but surely treks across huge landscapes delivering key goods and materials to outposts, earning their trust and hooking them into the growing network the UCA’s building.

As things unfold, he’s helped and hindered by weird and wonderful supporting characters played by the likes of Guillermo del Toro (in likeness if not voice), Léa Seydoux, Mads Mikkelsen and Troy Baker, all of them spouting lines that must surely have taken multiple takes to avoid creasing up.

The story is at times engaging, and at times utterly nonsensical, at least to a casual player who isn’t putting the time in to read dozens and dozens of long explanatory notes in the menus – but this ends up being an impressively small issue. Death Stranding gets by on two things, to our mind – style and mechanics.

The first of those is exemplified by visually memorable early encounters with BTs, horrifying floating spirits that attack Sam when they hear him near, and manifest sometimes as dangling corpses and later on as enormous tentacled deep-sea monstrosities. The design of this future-world is also consistently slick and unique.

It’s those mechanics that are key, too. Death Stranding makes the majority of its gameplay entirely focused on traversal – it’s not a platformer, but that’s possibly its nearest relative in terms of the skillset it demands.

Sam carries large items on his back, suit and the various vehicles you eventually unlock, but balance is key throughout. On foot, you can trip over everything and anything, be it a rock or a slick bit of slope, so you constantly have to scan the environment with your suit to see pitfalls coming. You’ll wade through rushing rivers, clamber over rockfalls and erect ladders and climbing ropes to help you make it past seemingly insurmountable obstacles.

This is the core of Death Stranding: fighting your way through a hostile environment using tools you’ve earned to find ingenious shortcuts, and sighing with relief as you reach a clear plain to make some proper progress for a while. It’s when the game sings, especially if you’re playing in a longer session or taking on a particularly lengthy order.

These journeys are broken up, though, by human enemies who effectively act as hijackers and trigger a more fight-and-flight style of gameplay where stealthy takedowns and simplified brawling controls can help you to confront your harassers. Similarly, stealth sections geared around avoiding clusters of invisible BTs are also relatively common. In truth, these can be diverting but quickly feel like chores breaking up the serene enjoyment of exploring this new America. 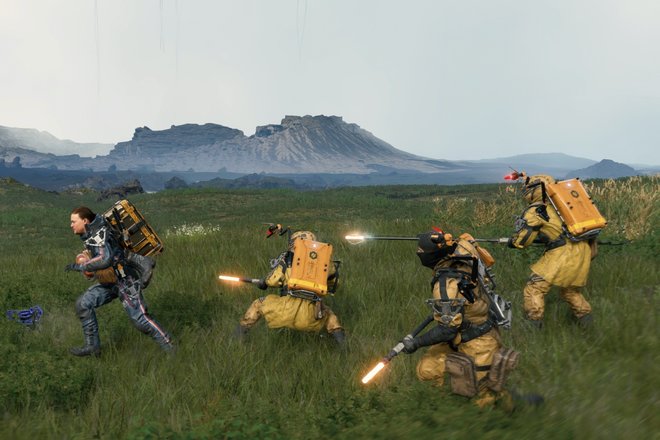 Death Stranding’s much-laboured points about community and cooperation also come into play where multiplayer is concerned – players can’t join each others’ sessions, but can cooperate with each other to build time-saving structures like highways, charging points and watchtowers, which will randomly populate other players’ worlds.

This mechanic comes off delightfully, with a well-placed generator from a random online benefactor saving us huge amounts of time on multiple occasions. However, the less impactful structures like holographic signs and emojis notices also become a form of visual clutter that you’ll sometimes wish you could more easily ignore.

After all, you’ll want to see as much as you can of those landscapes, which are absolutely jaw-dropping in places. Its initial PS4 release looked good, but on a solid gaming PC we think Death Stranding truly shines. 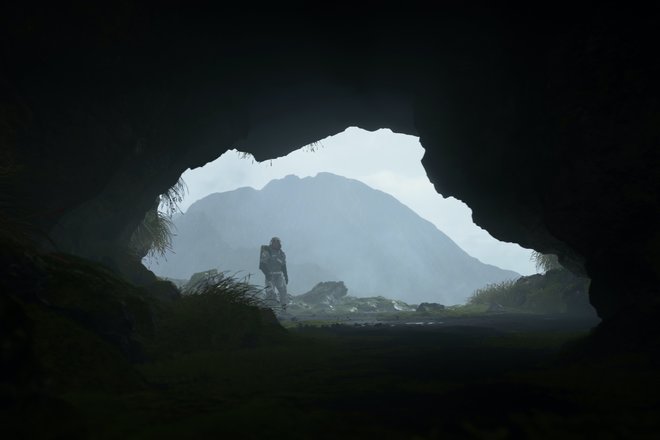 It’s a beautiful game when it all comes together, including in dramatic sequences where enormous BTs submerge whole areas in oily tar and try to stop Sam spreading his connections any further. There’s great motion capture work going on too, and performance capture that does a good job of translating Reedus, Seydoux, et al’s earnest turns, including the ever-disquieting tears that accompany much of the tech used in the game.