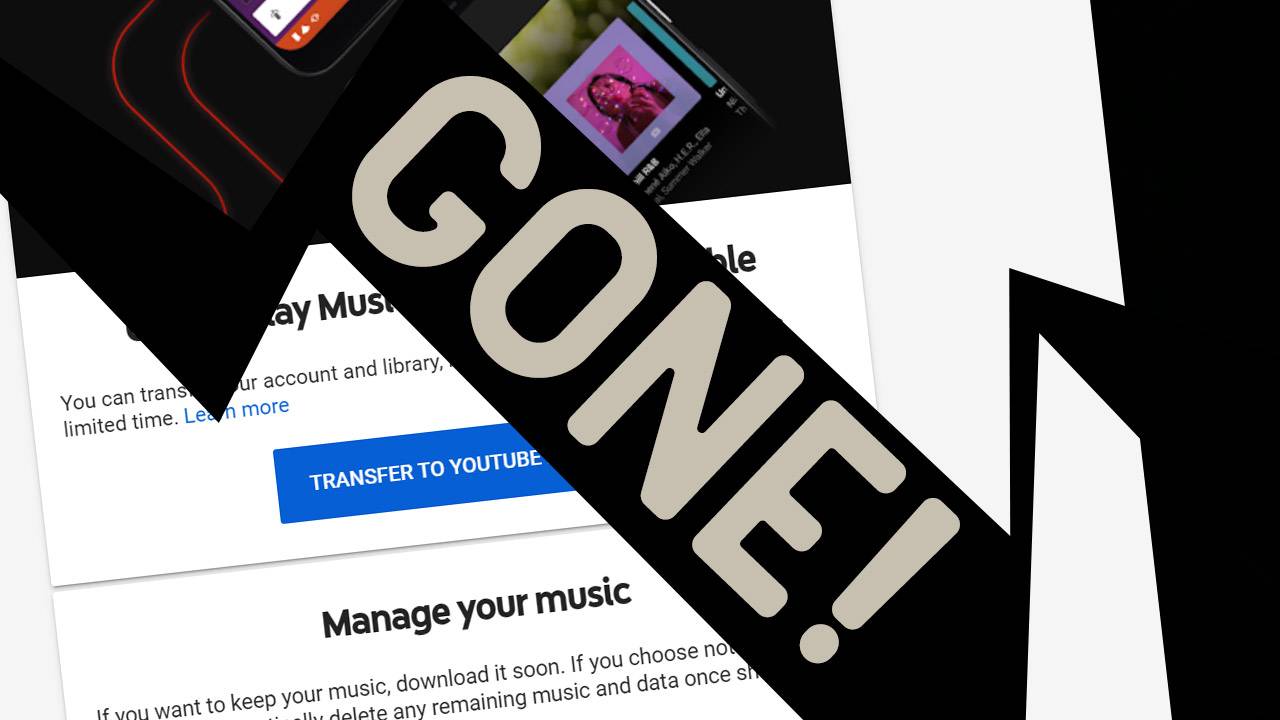 This week Google Music will stop working for your devices, if it’s not already stopped working today. Over the past year Google’s phased out the Google Music ecosystem in favor of YouTube Music, they’re alternative to each service offered by the former. The Google Music platform allows switching to a YouTube Music account, and costs are similar, but users will need to actively make the change to download the new app and log in.

If you’re still using Google Music right now, you’re living on borrowed time. Google Music will soon cease to work on all of your devices, regardless of platform. The one POSSIBLE exception is as follows.

In all other cases, Google Music will require users to switch to YouTube Music on all platforms. That includes Android, Android TV, desktop machines, iOS, and in browsers. If you’d like to initiate a switch to the YouTube Music platform, you’ll find a relatively easy method with the YouTube Music one-click transfer method. You might also want to go ahead and download your music, if you’re lucky, you might be able to do so using the Google Play Music manager tool right now.

UPDATE: If you’re unable to download the files you’ve uploaded to Google Music right now, you might’ve waited a bit too long. Google won’t likely keep your files safe unless you’ve already transferred your account from the original “Google Play Music” system to YouTube Music before now. Good luck to you!