Dell already had one of the best laptops out there with the XPS 13, and now it’s trying to reinforce that position with the new XPS 13 Plus. This new laptop has more power in an equally compact chassis, promising to make it one of the best Dell laptops yet. But how does it stack up against other great ultrabooks? In this comparison, we’re pitting the Dell XPS 13 Plus against the HP Spectre x360 14 to find out.

Just looking at the specs you can see that the Dell XPS 13 Plus has newer parts, but let’s take a closer look at it.

Comparatively, the Spectre x360 comes with 11th-generation processors, maxing out with a quad-core Core i7-1195G7. All of those cores are “performance” cores, but they’re the previous generation of them, so they’re not as fast as the new ones. These are also the 15W processors we just mentioned, so they’re a bit more restricted in how much power they can use. Overall, it’s evident that the Dell XPS 13 Plus will be significantly faster here. As for the GPU, both laptops have Intel Iris Xe integrated graphics with up to 96 execution units, so the difference shouldn’t be that significant on that front. 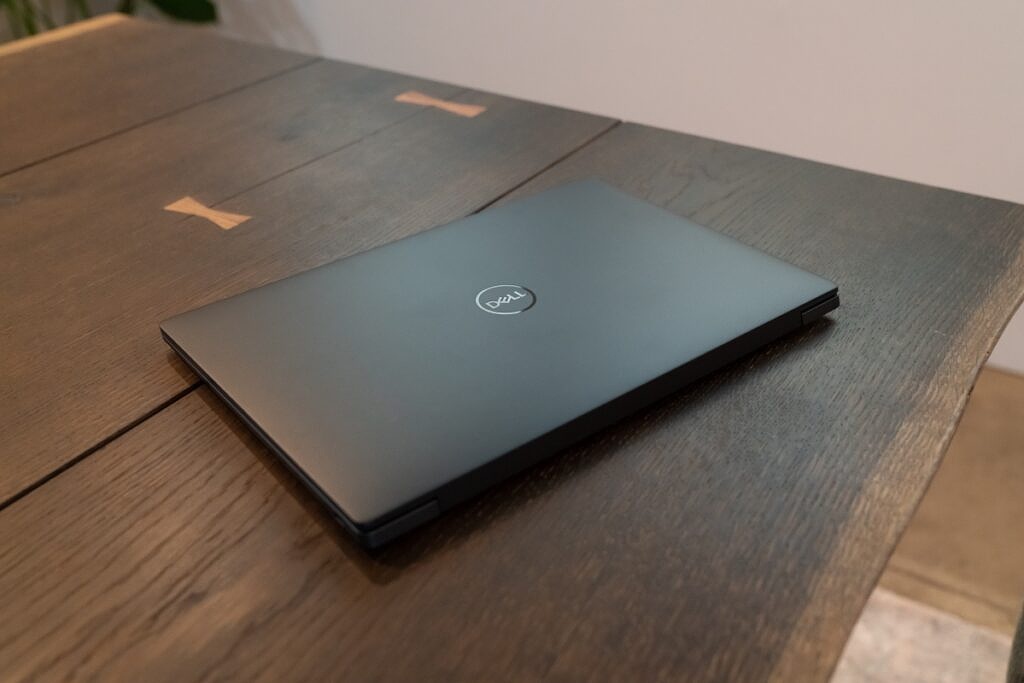 The addition of 12th-gen Intel processors also means the Dell XPS 13 Plus supports LPDDR5 RAM, which is significantly faster. All RAM configurations on the XPS 13 Plus are LPDDR5, while the HP Spectre x360 14 still has LPDDR4x, meaning Dell has faster memory, too. The same goes for storage, with Dell adopting a PCIe 4 SSD compared to HP’s PCIe 3 SSDs in the Spectre x360 14.

It should be noted that obviously the Spectre x360 14 hasn’t been refreshed in over a year, and it could very well be refreshed soon to make things more balanced. Right now, though, the XPS 13 leads the way by a wide margin in terms of performance.

Turning to the display, both the Dell XPS 13 Plus and the HP Spectre x360 14 are standout options in their own right. The XPS 13 Plus mostly keeps what’s great about the standard XPS 13 — it’s a 13.4-inch panel with a 16:10 aspect ratio, and it starts at Full HD+ (1920 x 1200) resolution. You can upgrade it to add touch, switch to a 3.5K OLED display, or go all the way to an Ultra HD+ LCD display if you want the highest resolution. Aside from the base model, all configurations support touch, and the OLED panel specifically covers 100% of DCI-P3 if you care about color reproduction. All the LCD models have 500 nits of brightness (400 nits for the OLED model), so they should easily be visible outdoors. 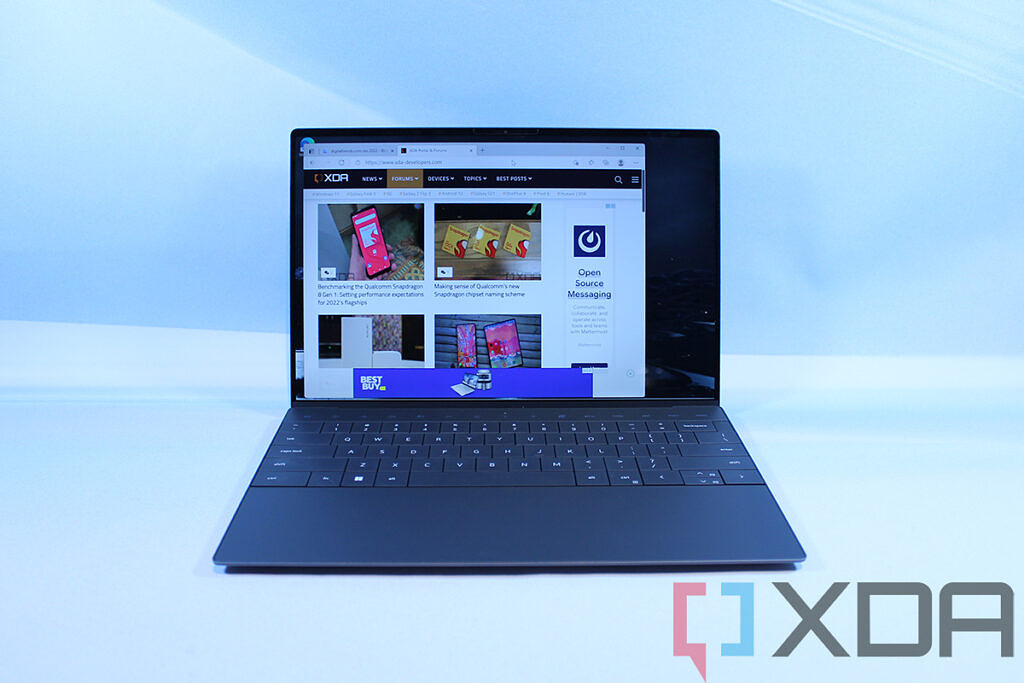 Meanwhile, the HP Spectre x360 14 has its own great display. It’s a 13.5-inch panel and it comes in the slightly taller 3:2 aspect ratio, so it might be a bit better if you like taller screens. Resolution-wise, the base model is also Full HD+ (1920 x 1280, in this case), but you can upgrade to a sharper 3K2K OLED panel if you want higher resolution and the usual benefits of OLED. There’s also an option to add a privacy screen to the Full HD+ model, something the XPS 13 Plus doesn’t have. Because the Spectre x360 14 is a convertible, all variants support touch and pen input, and some configurations may even include a pen in the box. The display has 400 nits of brightness by default, but if you get the privacy screen, that goes up to 1000 nits, a requirement for this feature to work well.

Above the display, both laptops have a 720p HD camera, which comes complete with Windows Hello facial recognition, too. That’s not ideal for either one, but Dell does say it put some work into improving the image quality with this camera, so hopefully it looks better than HP’s. On the other hand, the Spectre x360 has an optional privacy shutter for the camera, so you don’t have to worry about someone hacking into it somehow. 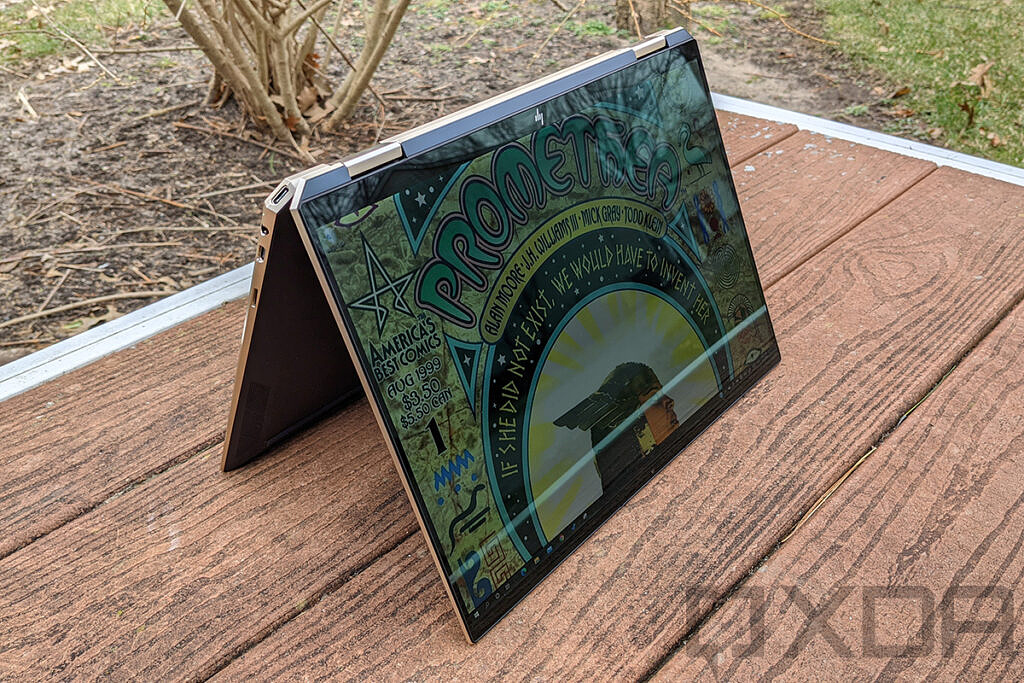 For audio, the XPS 13 Plus comes with a new quad-speaker setup with a total output of 8W, which is a big improvement over the standard XPS 13. The Spectre x360 14 also has a quad-speaker setup, though HP doesn’t specify a maximum output for them. Regardless, you can expect pretty good sound from both of these laptops.

The Dell XPS 13 Plus and HP Spectre x360 14 are also radically different in terms of design. Looks-wise, the XPS 13 Plus looks more modern than most other laptops out there, and it honestly feels like something you’d see in a futuristic concept video a couple of years ago. The function row on the keyboard has been replaced with capacitive touch buttons, and the touchpad is also now a seamless part of the chassis, with haptic feedback simulating clicks. To add to that, the keyboard now pushes all the way to the edges of the base, and the leys are larger, leaving almost no space between them. It comes in two colors, platinum and graphite, both of which look sleek with this design approach. 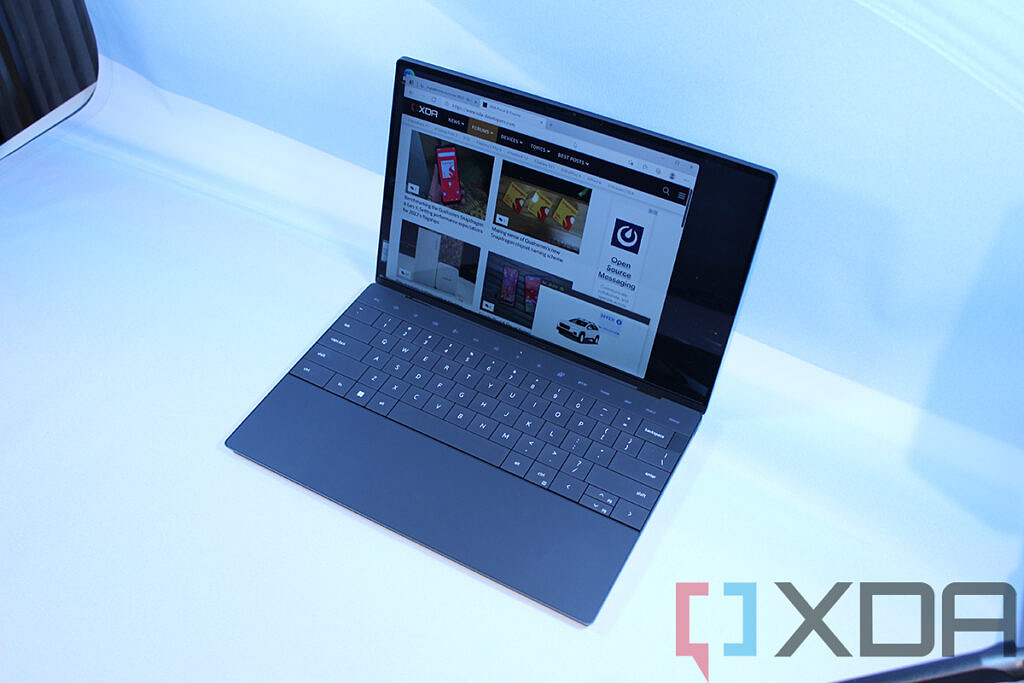 The HP SPectre x360 looks premium in its own right, albeit a bit more traditional. The keyboard still has a function row and the keys are visibly separated, while the touchpad is also easily visible and can clicked on normally. One big advantage of the Spectre x360 is its color, though. It comes in three options – Natural Silver, Nightfall Black, or Poseidon Blue. The first is a standard silver, but the other two have a dual-tone design using copper accents on the black model, or gold accents on the blue model. That helps this laptop look very unique, and the angular edges help with that too. It still looks modern, but the XPS 13 Plus feels more like it’s setting a new trend (though of course, that remains to be seen).

One area where the Spectre x360 14 easily pulls ahead is the form factor. The Dell XPS 13 Plus is a clamshell laptop, but the Spectre x360 is a convertible, meaning you can use it as a laptop, but also as a tablet and in a variety of stances to suit your needs. It’s much more versatile in that way, and even if you don’t use it as a tablet often, it’s nice to have the option. 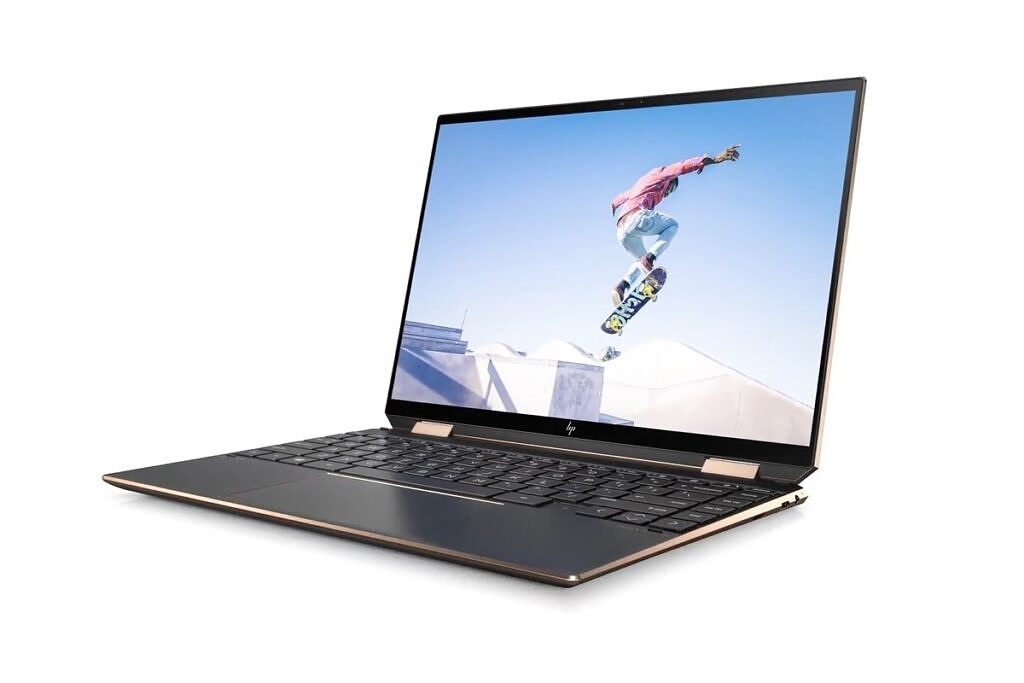 On the other hand, the Dell XPS 13 Plus wins on portability. Both laptops have an aluminum chassis, but the Spectre x360 14 is larger in every dimensions, plus it’s also thicker. That gives it a heavier starting weight, making the XPS 13 Plus more portable across the board. With that said, the difference isn’t huge, so it’s not like you’ll have a hard time carrying either of them around.

Both of these laptops come with a relatively small supply of ports, but the XPS 13 Plus is easily the most limited of the two. Like other premium laptops, both rely on Thunderbolt docks to give you all the connectivity you need. However, Dell’s laptop only had two Thunderbolt 4 ports — no headphone jack and no microSD card reader like the standard XPS 13 has. You get a USB Type-C to Type-A adapter in the box, but that’s it.

Meanwhile, the HP Spectre x360 has two Thunderbolt 4 ports, one USB (3.2 Gen 1) Type-A port, a headphone jack, and a microSD card reader. It’s not the most complete setup, but it’s in line with other compact ultrabooks, and it gives you more options out of the box without requiring dongles. One advantage of the XPS 13 Plus is that the Thunderbolt ports are on different sides of the laptop, so it’s easier to plug-in from either side depending on where your outlet is. The Spectre x360 has both ports on the same side. 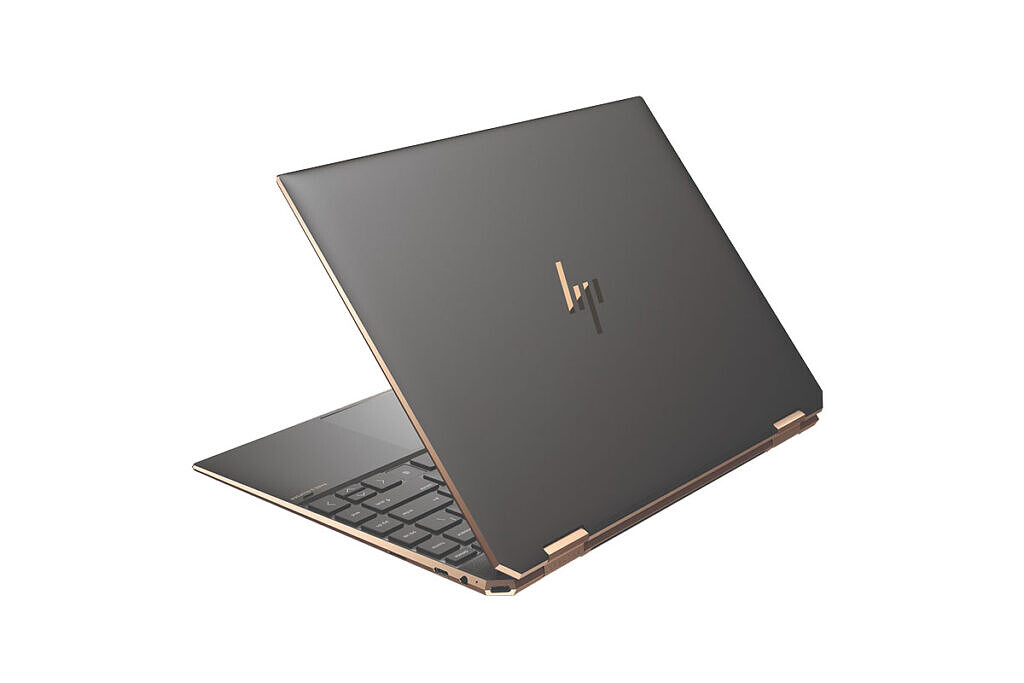 For wireless connectivity, the Dell XPS 13 Plus supports the newer Wi-Fi 6E standard, while the Spectre x360 only supports Wi-Fi 6. Both support Bluetooth 5.2, and neither one gives you the option for cellular connectivity. Actually, the Spectre x360 is supposed to be available with LTE support, but we couldn’t find that option anywhere.

It’s clear that the Dell XPS 13 Plus is a more advanced product than the HP Spectre x360 14 in many ways. It’s a new generation, so you get the latest processors from Intel, which are a big upgrade, plus it also comes with faster RAM and storage. Dell also wins in the design department overall, bringing something fresh and new to the table with a laptop that looks extremely modern and almost futuristic. Plus, you get a few more configuration options for the display.

On the other hand, the Spectre x360 14 is a convertible, and that alone might make it your laptop of choice. That versatility can go a long way — personally speaking, I’d only ever buy a convertible for myself. It also has its own unique design with a dual-tone look and angular edges, plus it has more ports out of the box, something you might value a lot if you don’t have a Thunderbolt dock or hub lying around.

It’s important to note that the Spectre x360 14 is over a year old at this point, and it’s due for a refresh sometime soon. If you want a convertible laptop, it might be best to hold out for that. But if you want a modern laptop with high-end specs and one of the coolest designs around, you can’t go wrong with the XPS 13 Plus. Unfortunately, you can’t buy it yet, as it’s only coming this spring. If you want to buy the Spectre x360 14 right now, you can use the link below. 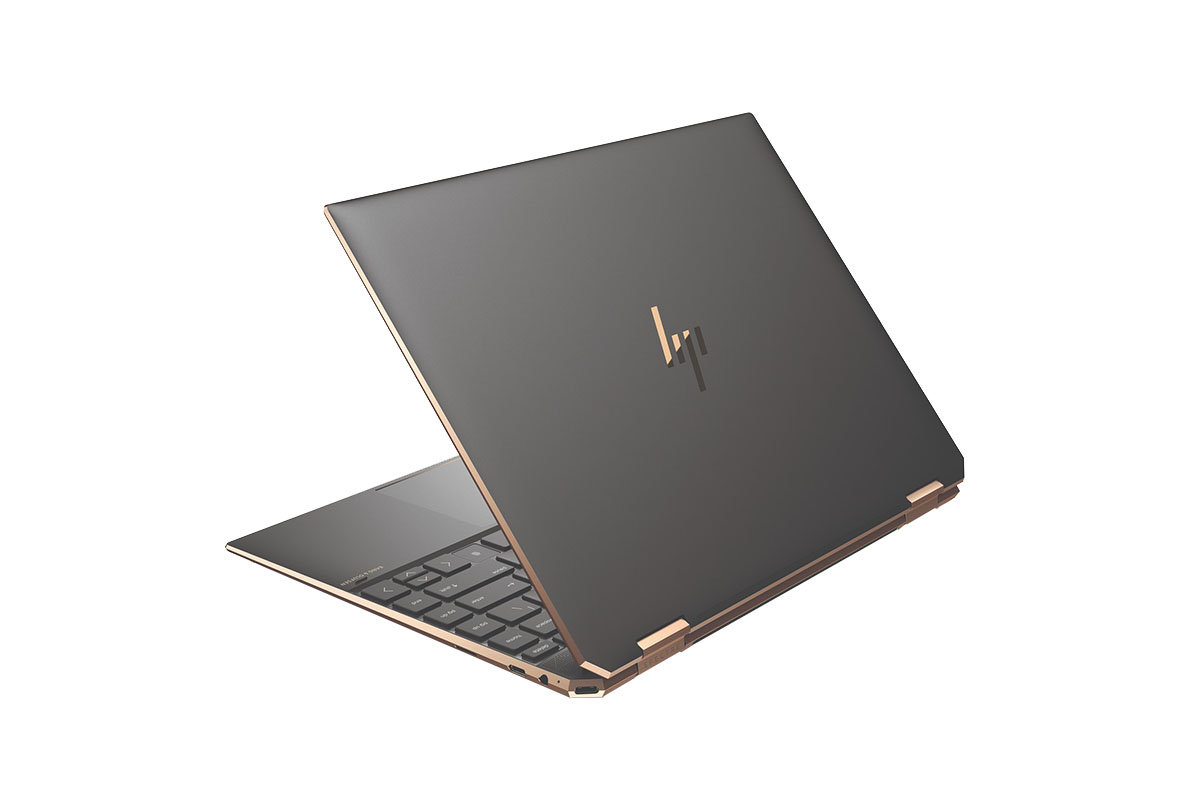 The HP Spectre x360 14 is a premium convertible with a stunning dual-tone design. It’s powered by Intel’s 11th-generation processors.

The post Dell XPS 13 Plus vs HP Spectre x360 14: Battle of the ultrabooks appeared first on xda-developers.