If you’re looking to buy a premium 17 inch laptop, there are two options you’re likely to come across. The Dell XPS 17 and the LG gram 17 are both fantastic laptops at this size, but they’re also radically different machines. The Dell XPS 17 is a very powerful laptop and one of Dell’s best. The LG gram 17 is one of the best lightweight laptops you can buy, but that low weight comes with trade-offs.

In this guide, we’re going to go through the differences so you can make a more informed decision. But overall, the decision should be fairly straightforward between the two. It’s all dependent on your use case.

Let’s start by taking a look at the specs for each laptop. You’ll notice some major differences right off the bat, not only in terms of power, but the available options. The LG gram 17 is much more streamlined, and there aren’t many different configurations available.

Like we said at the start, while these are both 17 inch laptops, they’re wholly different beasts in just about every other way. The LG gram brand is built almost exclusively on how light it is, and that stays true here. At 2.98lbs, this is easily one of the lightest 17 inch laptops you can buy. If you’re a student buying a laptop for school work, this gives you the benefits of a large screen in a package you can truly take with you anywhere. 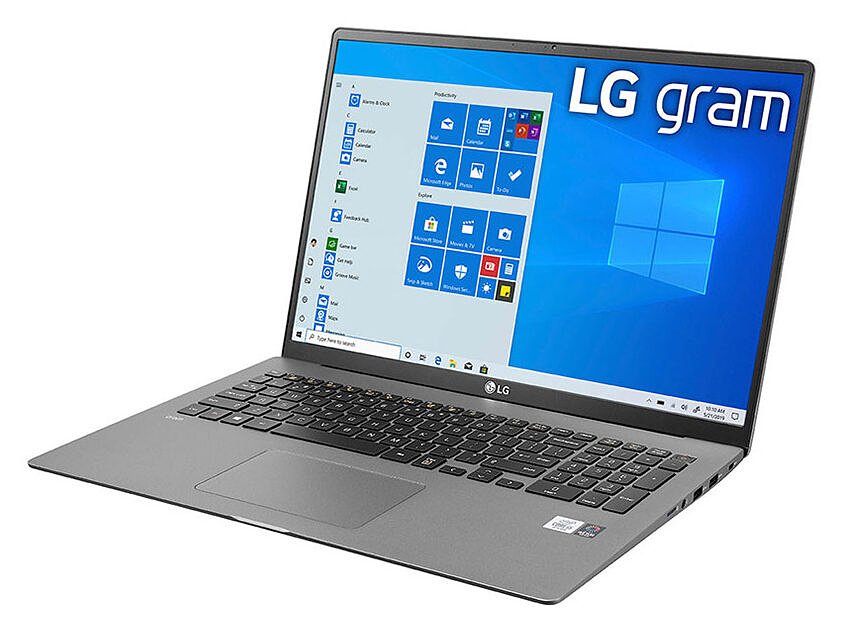 By comparison, the Dell XPS 17 is a hefty machine, starting at 4.87lbs for the version without a touchscreen. If you add touch, that goes up to 5.34lbs; it’s definitely not insignificant. Interestingly though, the Dell XPS 17 is more compact, which is thanks to Dell’s efforts to minimize bezels as much as possible. This notoriously comes at the cost of the webcam quality, and if you’re worried about portability, the weight difference is far more significant here.

On the topic of ports, both of these laptops support Thunderbolt 4, but the LG gram 17 packs a few more old-school ports to accommodate all kinds of users. You get two Thunderbolt 4 ports, two USB 3.2 Type-A ports, and HDMI 2.0. By comparison, the Dell XPS 17 has four Thunderbolt 4 ports, with Type-C to Type-A adapter and a Type-C to HDMI adapter included. Both laptops have a 3,5mm headphone jack, and the LG gram 17 has a microSD card reader, while the Dell XPS 17 has a full-size SD card reader. The LG gram offers a wider array of connectivity that “just works” for most people out of the box. Plugging in peripherals is a little less convenient with the XPS 17.

“The LG gram offers a wider array of connectivity that “just works” for most people out of the box.”

Where the Dell XPS 17 has an advantage is the presence of an IR camera for Windows Hello, which makes unlocking your computer a breeze. Both laptops also have fingerprint readers, and the LG gram 17 has the fingerprint reader in the power button. This is also nice because the computer can read your fingerprint and unlock automatically when it gets to the login screen. Still, facial recognition is just a little bit better. 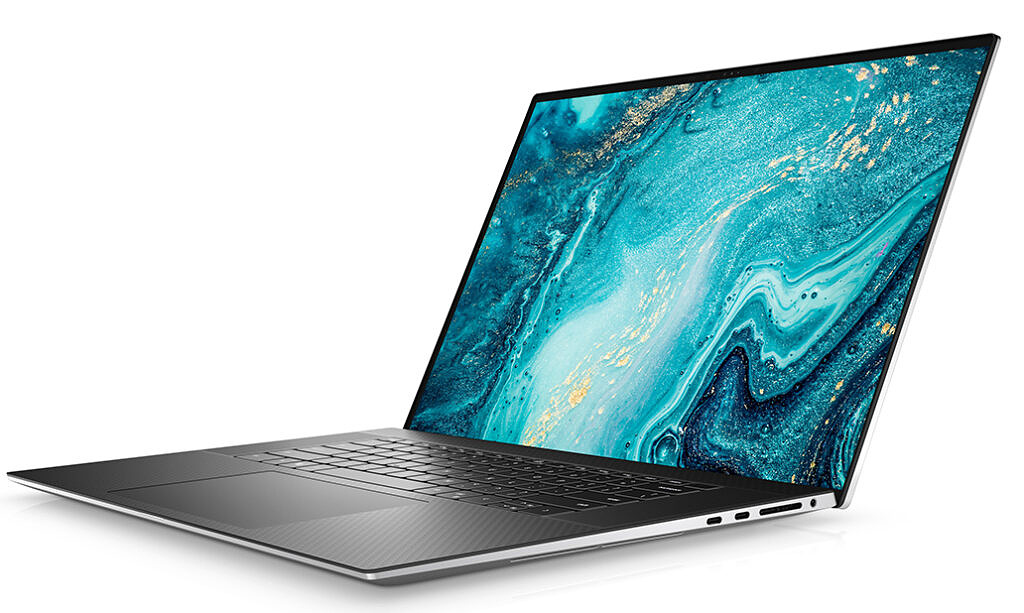 In terms of overall design, these are both traditional clamshell laptops, and while neither of them does anything crazy, the Dell XPS 17 may be a bit more unique-looking. It uses carbon fiber for the keyboard base, which gives it a dual-tone look with the silver exterior. The LG gram comes in either black or silver, fairly standard colors that don’t have any special flair to them.

Performance: The Dell XPS 17 is a powerhouse

Conversely to the previous category, the Dell XPS 17 is an absolute monster in terms of performance when compared to the LG gram 17. It’s not a heavy laptop for no reason, and it starts by packing 45W processors, compared to the 15W chips inside the gram 17. More power draw means more cooling is required, so naturally, more components need to be inside the laptop. And naturally, that means more performance.

“There’s no denying that the Dell XPS 17 is much more powerful than the gram 17.”

Comparing the average GeekBench scores for these processors, you can see even the Core i5 model in the Dell XPS 17 is significantly faster than the processor in the LG gram. This is especially evident in the multi-core results.

That’s only half the story, too, because you can also add NVIDIA GeForce graphics up to a 70W RTX 3060 on the Dell XPS 17. That’s a far cry from the integrated Intel Iris Xe graphics on the LG gram, though to be fair, upgrading to these more powerful models also makes the Dell XPS 17 far more expensive. Similarly, you can configure the Dell XPS 17 with up to 64GB of RAM and 4TB of SSD storage, which easily makes this the most powerful of the two laptops. The LG gram 17 comes with 16GB of RAM and either 1TB or 2TB of storage, and that’s about it. 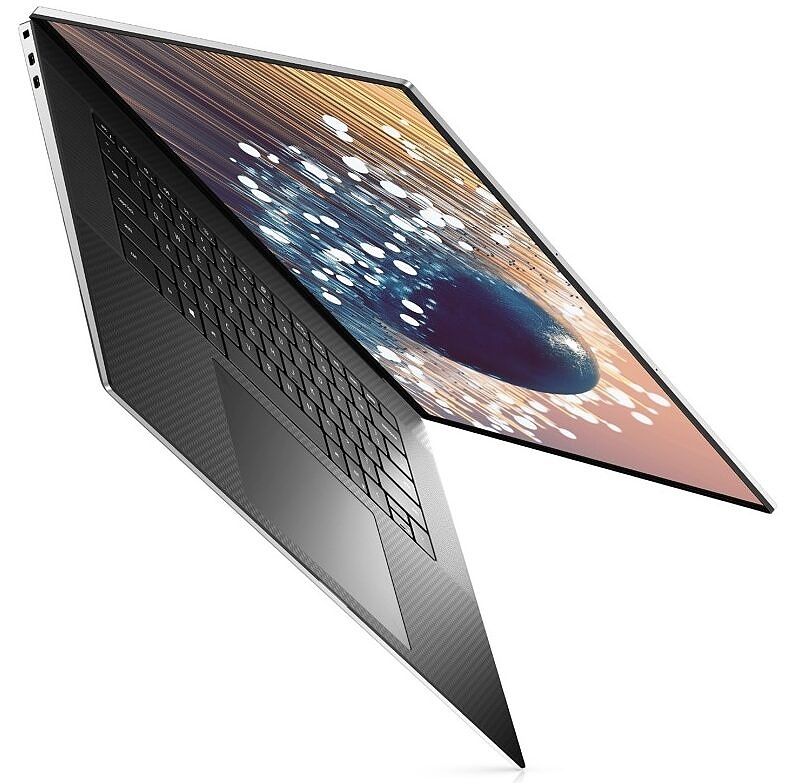 There’s no denying the Dell XPS 17 is much more powerful than the gram 17. However, it needs to be said the power on the XPS 17 can also be overkill for many. This is a powerhouse of a PC, yes, but it’s meant for creative professionals and other high-end tasks. You can also use it as a gaming machine if you opt for the RTX graphics, and it can do that very well. But if you’re using your laptop for school work, browsing the web, and other day-to-day tasks, the LG gram 17 is still a very high-end and very fast PC.

Display and sound: You can get a better experience on the Dell XPS 17

Moving on to the display experience on these laptops, it’s an interesting situation. The Dell XPS 17 comes with the option for a 4K Ultra HD+ (3840 x 2400) display, which is obviously incredibly sharp. However, that upgrade is an expensive one, adding $400 to the base price. The base model comes with a Full HD+ display (1920 x 1200). Meanwhile, the LG gram 17 sits somewhere in the middle, with a Quad HD+ (2560 x 1600) panel as the only option. This is arguably the sweet spot in terms of resolution on a display this size. 4K is obviously sharper, but you’ll have to weigh that against the increased price and the impact on battery life. 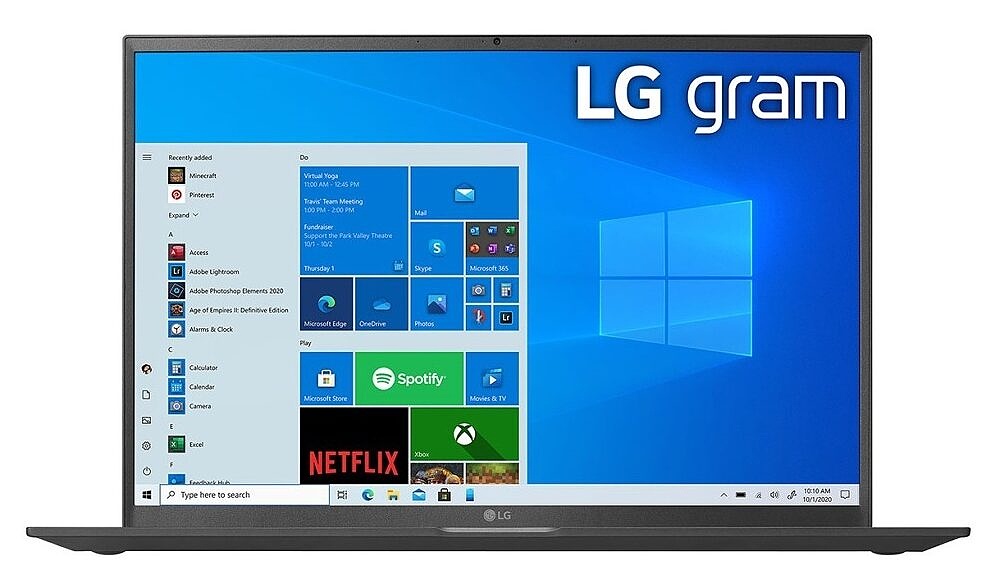 There’s more to it, though. The Dell XPS 17’s 4K display covers 100% of Adobe RGB and 94% of DCI-P3, which makes it ideal for creative professionals. The LG gram 17 simply touts 99% DCI-P3 coverage, but it may not be as ideal in the Adobe RGB color space. As a bonus for the Dell XPS 17, the 4K variant comes with a touchscreen, which can often be a more intuitive way to use your PC. There’s no option for touch on the LG gram.

The display experience is also likely to be far better on the Dell XPS 17. It uses a quad-speaker system with two woofers and two tweeters for stereo sound. On top of that, those speakers are right next to the keyboard, facing up, so you’re getting audio blasted directly at you. On the LG gram, you get a pair of stereo speakers on the underside of the laptop, and it’s just not as loud or immersive.

The bottom line: power or portability?

Ultimately, deciding between these two laptops should be fairly easy based on what you’re looking for. Do you want something you can use for school or work that involves writing, reading, and maybe even some image and (light) video editing? The LG gram 17 is still a very powerful laptop for those tasks, and it’s incredibly light. It’s significantly more portable and it doesn’t sacrifice battery life to be as light as it is. It’s the obvious choice for more mainstream users.

“No matter which one you choose, you’re getting a great computer that can last you for years, so you can’t really go wrong with either one.”

On the other hand, if you want the absolute most power in a package that’s very compact — albeit a bit heavy — then the Dell XPS 17 is for you. There’s probably almost nothing you might want to do on this laptop that you won’t be able to do, depending on your configuration. Professional video and image editing, 3D creation, and gaming should all be a breeze on the XPS 17. It’s not something you’ll want to take everywhere you go, but if you need a workhorse you can take on the road, then this is it.

Unlike some other decisions, it’s incredibly clear what compromises each of these laptops make over the other. You choose the LG gram 17 for your portable work or school computer that you take everywhere, or you choose the Dell XPS 17 to be your workstation that’s still (relatively) portable. No matter which one you choose, you’re getting a great computer that can last you for years, so you can’t really go wrong with either one. If you’ve made your decision, you can buy your new laptop using the links below. 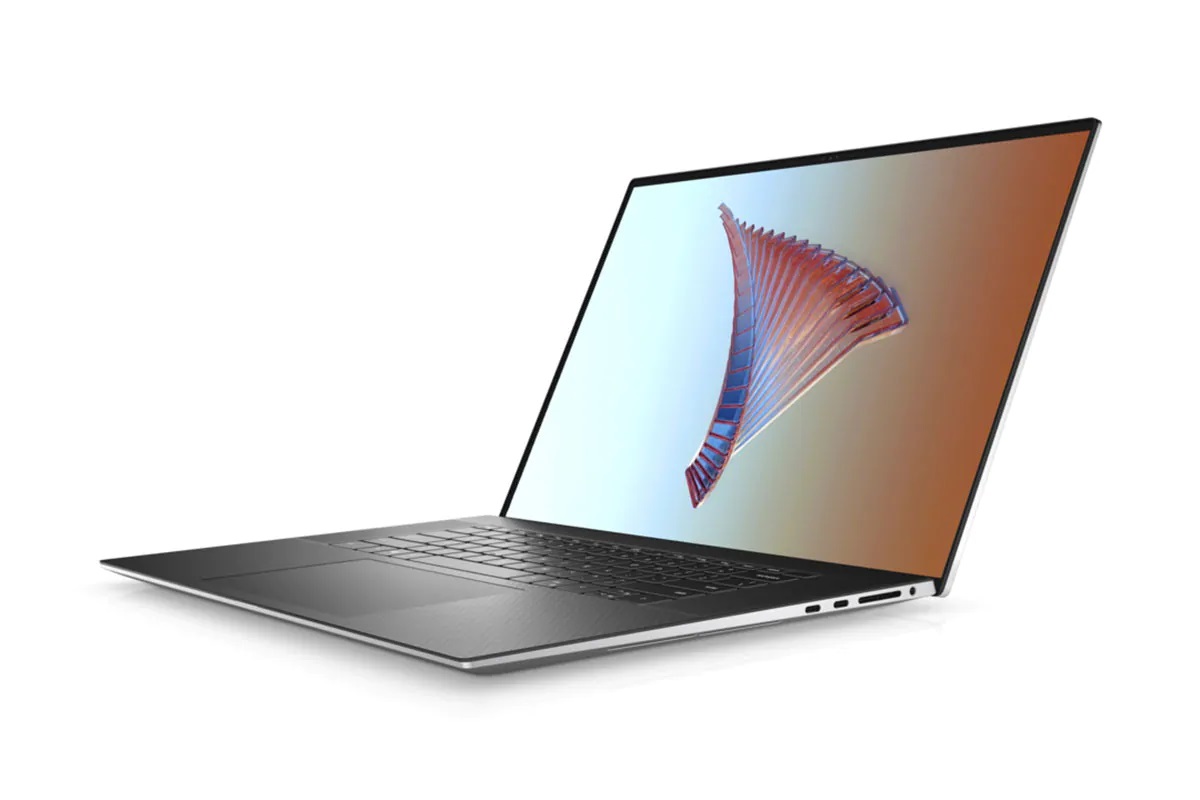 The Dell XPS 17 is a powerful laptop, featuring high-end specs such 11th-generation 45W Intel processors, 64GB of RAM, and 4TB of storage. Plus, you can get it with up to a 70W GeForce RTX 3060 from Nvidia. You can also get it with up to a 4K touchscreen display. 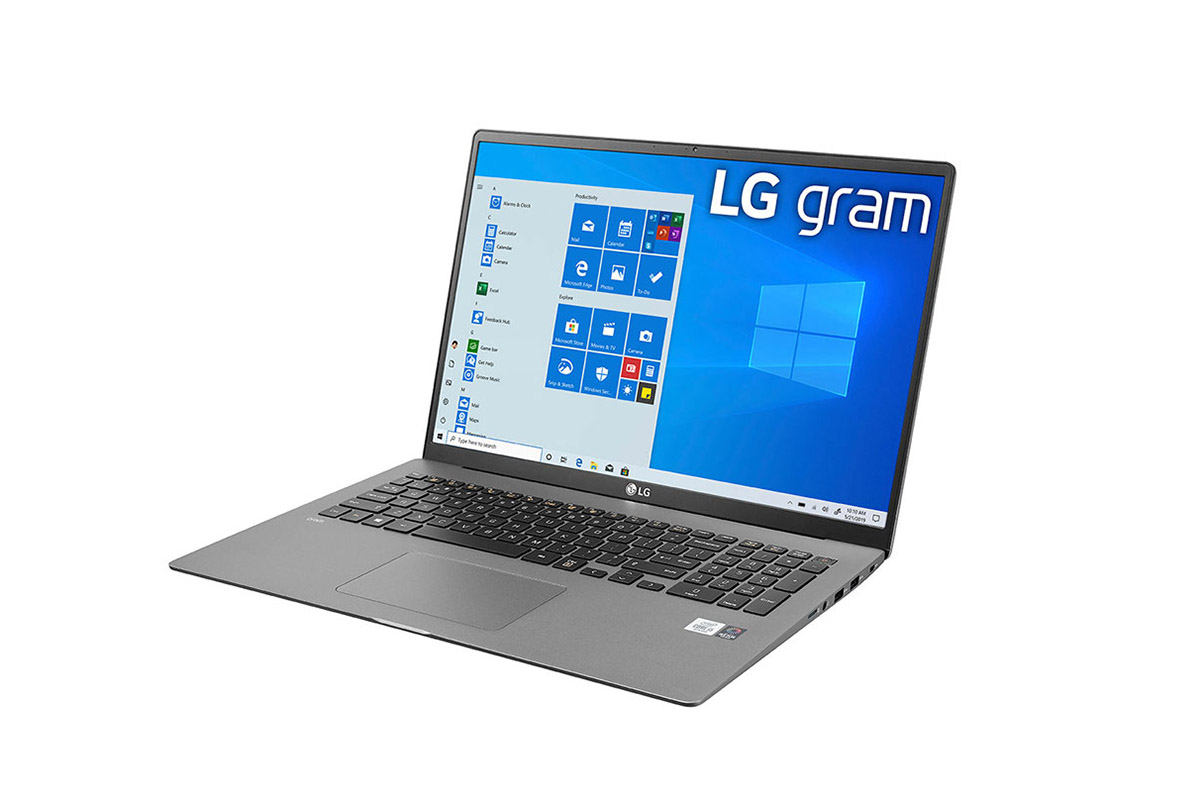 The LG gram 17 is an impressive 17 inch laptop that offers top-notch specs in a very lightweight design. At less than 3lbs, it’s super portable, but still powerful for all kinds of day-to-day tasks.