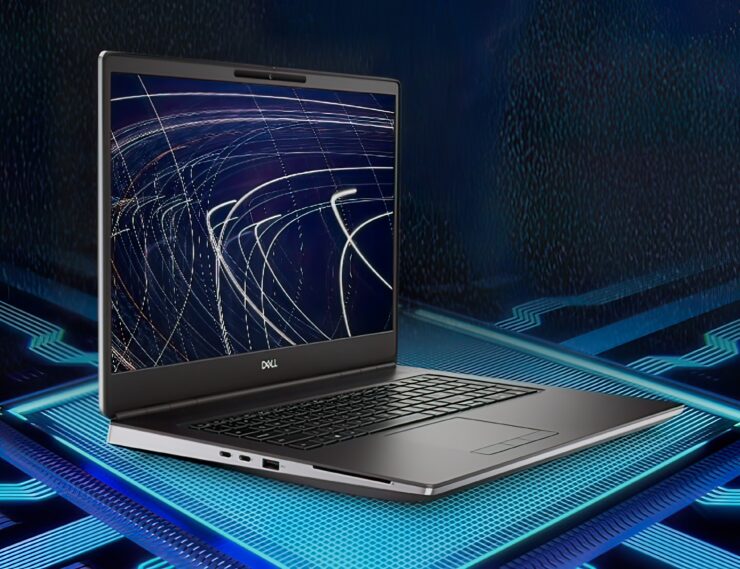 The latest leaks on Dell’s Precision 7000 series laptop lineup come from leaker iGPU Extremist (@Emerald_x86). The leaker acquired photos of an internal Dell specs sheet which lists down upcoming Dell Precision 7770 and Precision 7760 high-end workstation laptops. Some of the changes that are expected within the new lineup are the upgrade from 8 Core Intel Comet Lake processors to the latest 16 Core Alder Lake-HX CPUs.

This is the first time that the Intel Alder Lake-HX CPUs are listed within an officially leaked specs sheet rather than appearing in online benchmark databases. The new parts will feature a similar die as the desktop parts, rocking up to 8 P-Cores and 8 E-Cores for a total of 16 cores & 24 threads. The Precision laptops are said to feature 55W Core i9 and Core i7 variants but the second specs sheet mentions the 55W Core i5 SKUs too. As far as we know, the lineup will include the following chips:

Moving over to the graphics side, the Dell Precision 7000 series will be rocking both NVIDIA and Intel options. The graphics card options are wide, including several RTX options up to the RTX A5000 16 GB and Intel’s Arc mobility workstation graphics with a listed TDP of 125-90 Watts. This is the same TDP as the Arc A730M and A770M graphics so one might assume that we are looking at a variation of Intel’s top ACM-G10 GPU here.

Other specifications include up to 128 GB of Non-ECC and 64 GB of ECC DDR5-4800 memory, up to quad M.2 2280 slots support the latest PCIe Gen 4×4 interface that can hold up to 16 TB of storage capacity in RAID, Thunderbolt 4 support, up to a 16:10 4K (HDR500) OLED display with slim bezels and a brightness of 500 nits. The internal chassis will feature a vapor chamber cooling system with dual exhaust fans. But Dell has two other features incorporated into its Precision 7000 laptops and these are CAMM (Compression Attached Memory Module) and DGFF (Dell Graphics Form Factor). 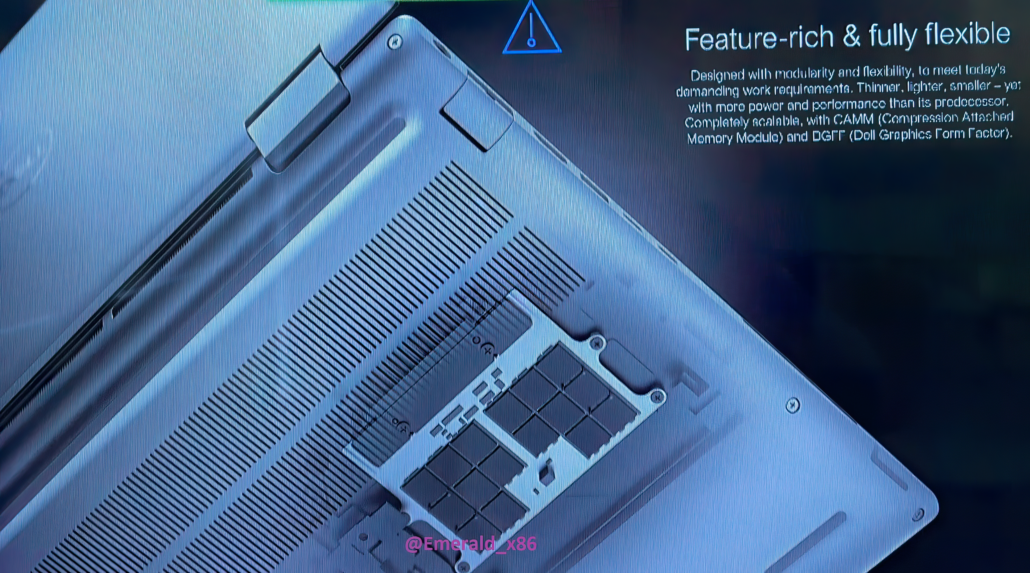 CAMM is a proprietary memory module form factor for DDR5 4800 MHz kits made by Dell. The CAMM module could essentially take the place of two SODIMM modules. Not only can that allow for more room for other components, but it could force users to buy their product and not a manufacturer’s designs specifically. This wouldn’t allow users to upgrade their memory DIMMs unless they are solely from Dell. The graphics chip will also come in the new DGFF (Dell Graphics Form Factor) but we don’t have details for that yet.

Currently, the release date of the two newest Dell workstation systems is unknown. Intel is hinting that the third quarter of 2022 could see the release of the ARC-based workstation GPUs, so it would be advantageous for Dell to release their systems around the same timeframe. With that said, Dell could unveil these systems at Computex 2022.