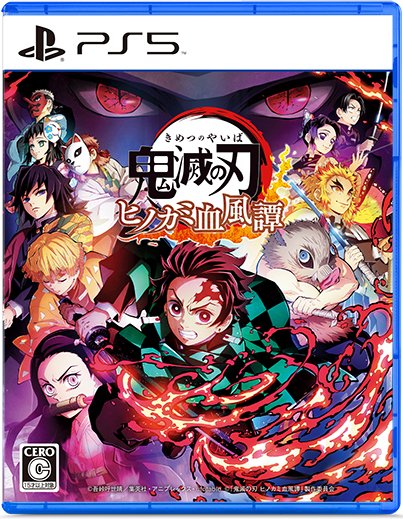 The trailer provides a clearer look at gameplay, which certainly appears to include a lot more than the arena-style battles we have seen so far.

We also learn that the release date in Japan is October 14 for PS5, PS4, Xbox Series X|S, Xbox One, and PC. There will be a standard edition, a deluxe edition, and a limited edition including a figure with smartphone stand.

We also get to see the box art drawn by Ufotable.

We learn that the single-player mode will follow the story of Tanjiro Kamado until the Mugen Train arc, including plenty of fights against the demons from the anime.

The versus mode include 18 characters including 12 from the anime plus the six from Demon Slayer Academy. It’s possible to create tag teams of two characters each.

You can check out the trailer and assets below.

The Demon Slayer game Kimetsu no Yaiba: Hinokami Keppu Tan is currently being developed by CyberConnect2. If you want to see more, you can enjoy the trailers showing Tanjiro Kamado and Nezuko, the trailers for Zenitsu and Inosuke, the one for Giyu Tomioka, the videos introducing Sabito and Makomo, the trailer that revealed Shinobu Kocho, and the one showcasing Kyojuro Rengoku, one focusing on Tanjiro Kamado in his Hinokami Kagura form, one showing the versions of the characters from Demon Slayer Academy, and one showing a second batch of the same group.

A western release has not been announced, but one for Asia by Sega will include English subtitles.