You are here: Home / World / Destiny 2 Gameplay Changes Include New Mini-Dungeons In The Open World

New information on Destiny 2 has emerged, days before the shared-world shooter is expected to make an appearance at E3 2017. And the latest confirmation from the folks at Bungie might be the most exciting Destiny 2 news we’ve seen since the sequel was confirmed in March.

The Destiny community will have many changes to adjust to when Bungie’s next shooter hits PC and consoles later this year. But one of the most exciting new additions we’ve heard about in the last few weeks might be Lost Sectors. Details on the latest addition to the Destiny 2 feature list come courtesy of a new PlayStationTrophies interview with D2 project lead Mark Noseworthy. The conversation, which can be seen in its entirety on the site’s YouTube channel, includes a few updates on the Red Legion and other enemies we’ll encounter when Destiny 2 debuts. Noseworthy also offers some thoughts on the ways storytelling will change in the upcoming sequel. And then comes the bit on Lost Sectors.

According to Noseworthy, Lost Sectors will fill a role similar to the caves in Skyrim or smaller buildings (like a store) in the Fallout series. Players will be able to find new equipment for their Guardians -- though we’d have to assume most of it will pale in comparison to the exotic gear waiting in the end-game -- along with new enemies to defeat and adventures to complete.

“Lost Sectors are like mini-dungeons hidden in the world,” Noseworthy told PlayStationTrophies. “If there’s a door somewhere, and it looks like there might be something behind it, there probably is. And at the end of that spot behind the door there’s a boss, with [a] key, guarding a cache of treasure. And there’s dozens of these hidden across the destinations.”

The only place confirmed to have Lost Sectors (so far) is the European Dead Zone; however, it sounds like Bungie has plans to implement the feature on all of the moons and planets we’ll be exploring in Destiny 2 . We’ll probably have to wait until E3 begins to learn more -- or at least until Sony’s pre-E3 presser on Monday night -- but it’s encouraging to hear Bungie still has new types of content to unveil before Destiny 2 debuts this fall.

For an early look at Destiny 2, take a few minutes to revisit the gameplay reveal that aired last month and/or the Zavala’s Prelude video released last week. Then head down to the comments and let us know what changes you’re hoping to see when Destiny 2 debuts in September. 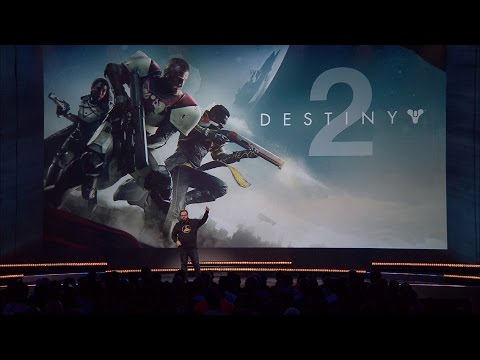 Destiny 2 is in development for PlayStation 4, Xbox One and PC. The game hits consoles on Sept. 8; however, there’s no word on a launch timeline for the PC port at this time.