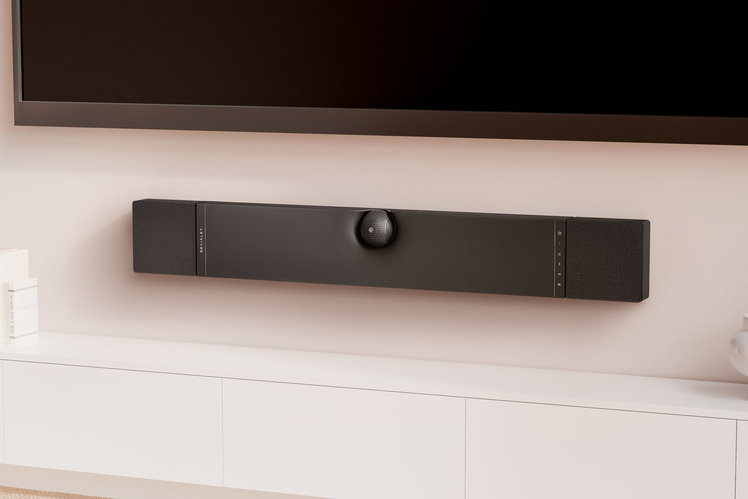 Devialet has announced a high-end soundbar, aiming to deliver the best experience you’ll get from an all-in-one unit.

There’s no separate subwoofer, there’s no option to remove speakers or use satellites for surround sound, instead it’s designed to deliver sublime sound while looking great when sitting beneath your TV.

Looking good is part of the package – especially considering the Dione’s £1990 asking price – with the main focus being the sphere in the centre of the bar.

This is actually the centre channel and it can be rotated, meaning that you can shift the orientation of the centre driver depending on whether the Dione is mounted flat on a TV stand or against the wall.

The soundbar has a 5.1.2 configuration, with centre, left, right and surround side drivers, an array of woofers to make up the bass able to fire both fore and aft, and upfiring speakers mounted on the top to supply height for Dolby Atmos immersion. 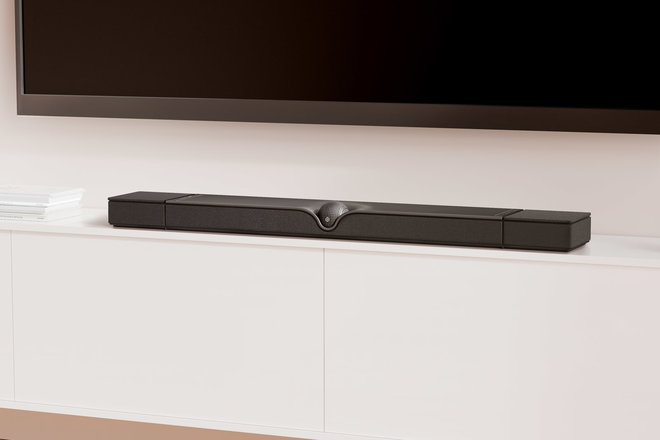 Again, if the Dione is rotated, the internal gyroscope knows and can switch the function of the drivers to suit.

In the makeup there are 17 drivers, of which are 8 subwoofers, and 9 are full-range speakers. The Devialet Intelligence Processor – as found in the Phantom speaker – drives the Dione, while it also offers calibration software to suit the room it’s placed in.

The array of speakers means it’s capable of creating surround sound effects, while it has the intelligence to upmix 2.0 signals for a more immersive result.

There are optical and HDMI inputs, supporting eARC, to hook up to your TV, while it also supports technologies such as Apple AirPlay 2, Spotify Connect and Bluetooth, so you can set it to task with your music too.

It works with the Devialet app – which can also drive the Phantom – and it’s compatible with the existing Devialet Remote.

The Devialet Dione measures 1200 x 165 x 88mm and weights a hefty 12kg, thanks to the anodised aluminium core.