DevToys is a free open source tools collection for developers for Microsoft Windows 10 and 11 devices. The Microsoft Store application can be downloaded and installed directly from the Store, or by downloading the latest version from the official GitHub repository. 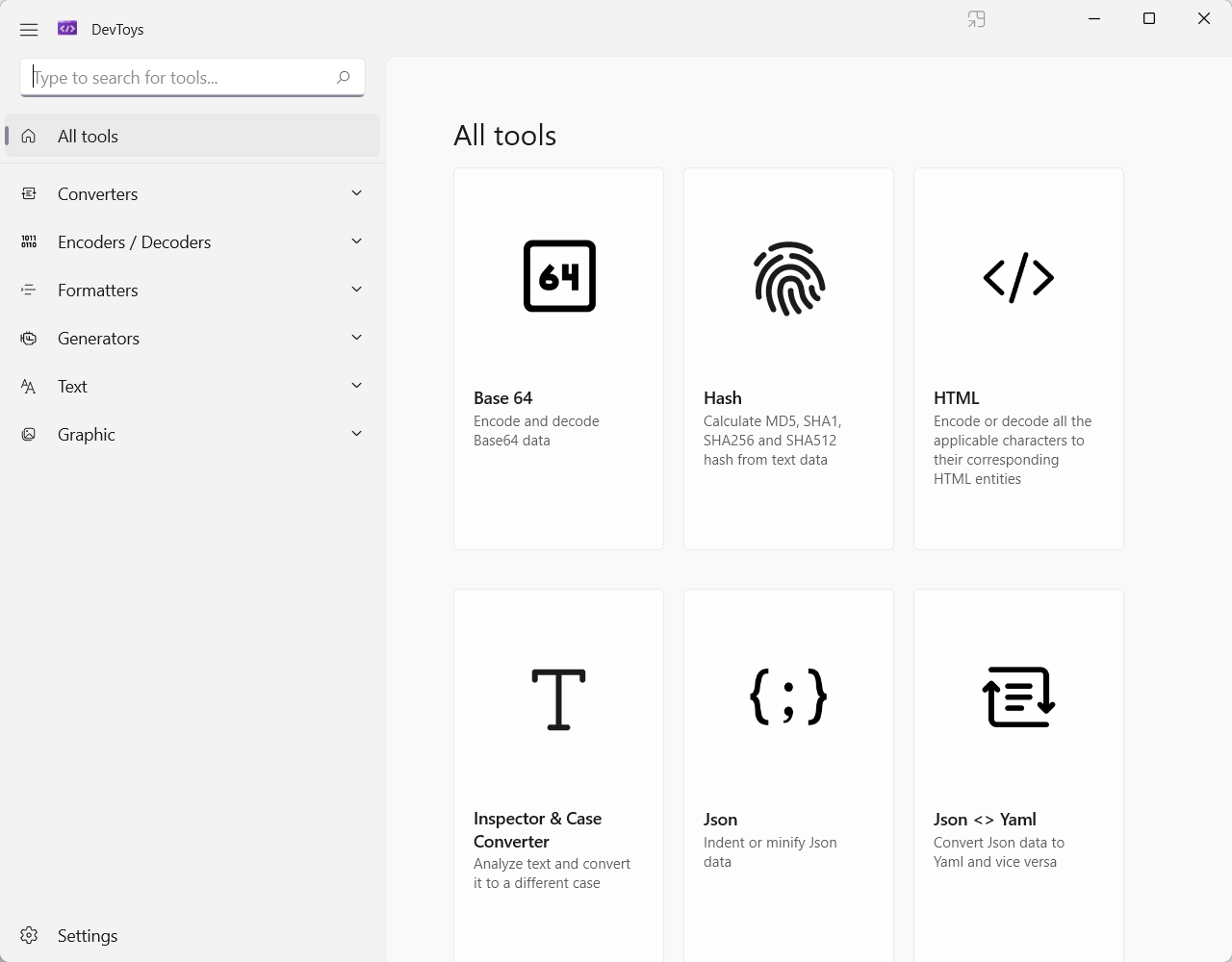 The developer calls it the Swiss Army knife for developers. The application includes multiple tools that developers, but also non-developers, may find useful.

Tools are divided into the groups Converters, Encoders/Decoders, Formatters, Generators, Text and Graphic. Each section lists one or multiple tools that users can execute directly from within the application.

Each of the tools has a description attached to it when a group is opened, which explains the functionality. Converters, for example, support conversions between JSON and YAML data, and number base conversions. 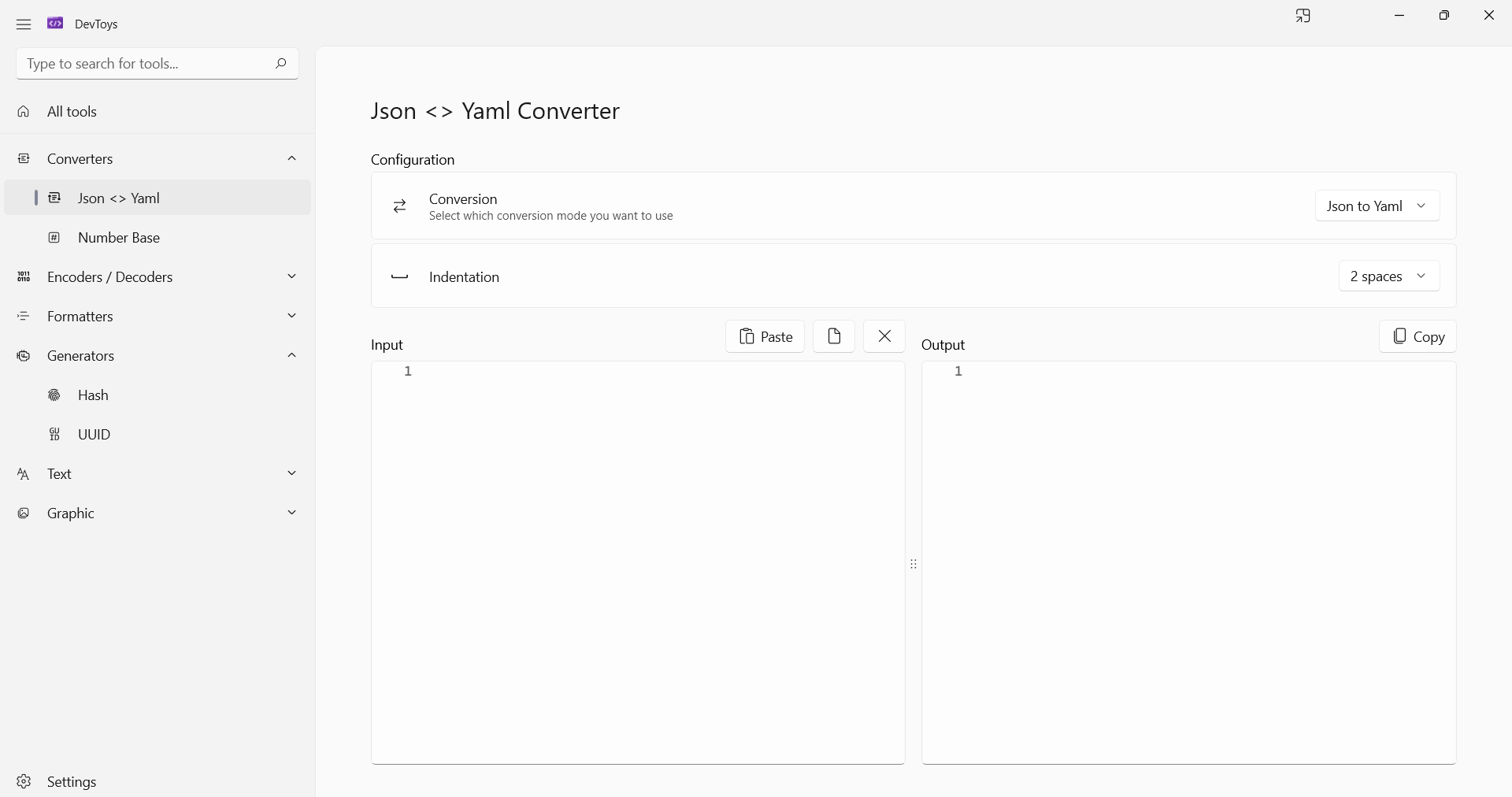 One example: the number base converter displays decimal, hexadecimal, octal and binary values based on the input.

Most tools are useful to developers only, but some may also be of use to non-developers. The Text group of tools features a text diff tool that compares two texts and highlights the differences between the versions.

Here is the full list of tools that are included currently:

DevToys has a couple of other interesting options. Smart Detection, enabled by default, detects the best tool automatically based on the content that is copied to the clipboard. Users may switch between light and dark themes, change the system language, and change fonts and other visual settings of the application.

The developers of the application are adding more tools regularly to the tools collection. One of the main reasons for designing the application is they wanted to create a solution that may be run locally, so that developers don’t have to use websites for their activities.

Developers who use Windows 10 or 11 may find the tools collection a useful application. Non-developers may find it useful as well in some cases.