Microsoft is rolling out the new Dictate feature in OneNote for Windows and on the web. The feature was announced earlier this year at Build, as the company is working to bring together the OneNote Windows 10 app and the classic OneNote desktop app.

As the name makes plain, Dictate allows you to write text using your voice. Once you turn on dictation, you can start speaking into your computer’s microphone to have your speech converted into text, making it easier to write down notes in a pinch, or if you want to write those notes while the app is in the background. It can also be useful if, fr example, you have handwritten notes on paper and you want to move them into OneNote more easily.

In addition to dictating text, OneNote also lets you use special commands to add punctuation, change formatting, or organize your text. For example, you can create lists or tables, use strikethrough text, and so on. 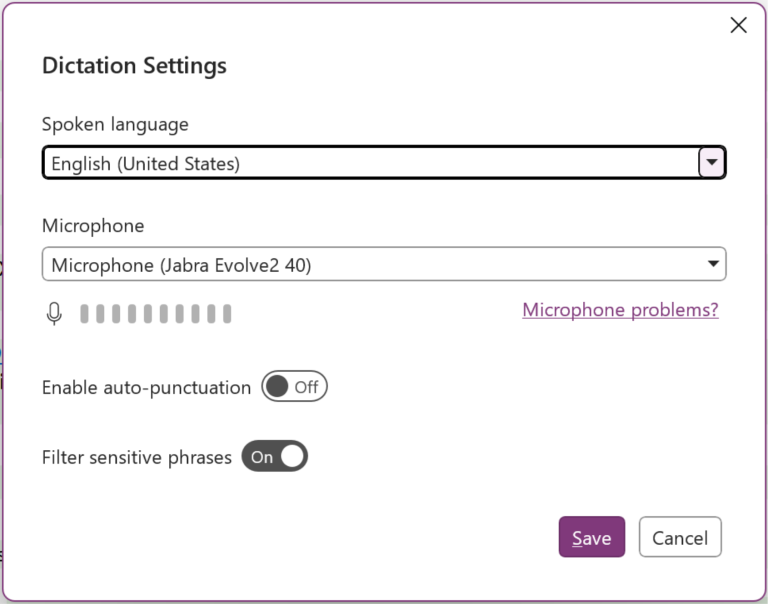 Dictation is supported in 51 languages, though that includes regional variants, such as US and UK English. Also, 36 of those languages are considered previews, meaning speech recognition may not be as accurate, and certain formatting and punctuation commands may not be available. You can see the full list of supported commands in English on this support page.

The Dictate feature is rolling out new to everyone using OneNote on the web, and for those running the latest beta version of the OneNote desktop app, though presumably it’ll be available to everyone soon. Additionally, if you’re using the desktop app, you’re going to need a Microsoft 365 subscription to use the feature. You can find the Dictate button on the OneNote toolbar, directly in the Home section.

Microsoft also recently announced a refresh of the OneNote app for Android, featuring a new home page and support for voice dictation. On Android, a Microsoft 365 subscription isn’t required, but fewer languages are supported.