Microsoft announced the DirectStorage API for Windows PCs back in 2020. The technology that debuted on the company’s Xbox gaming system promises faster loading times of games by eliminating IO bottlenecks. 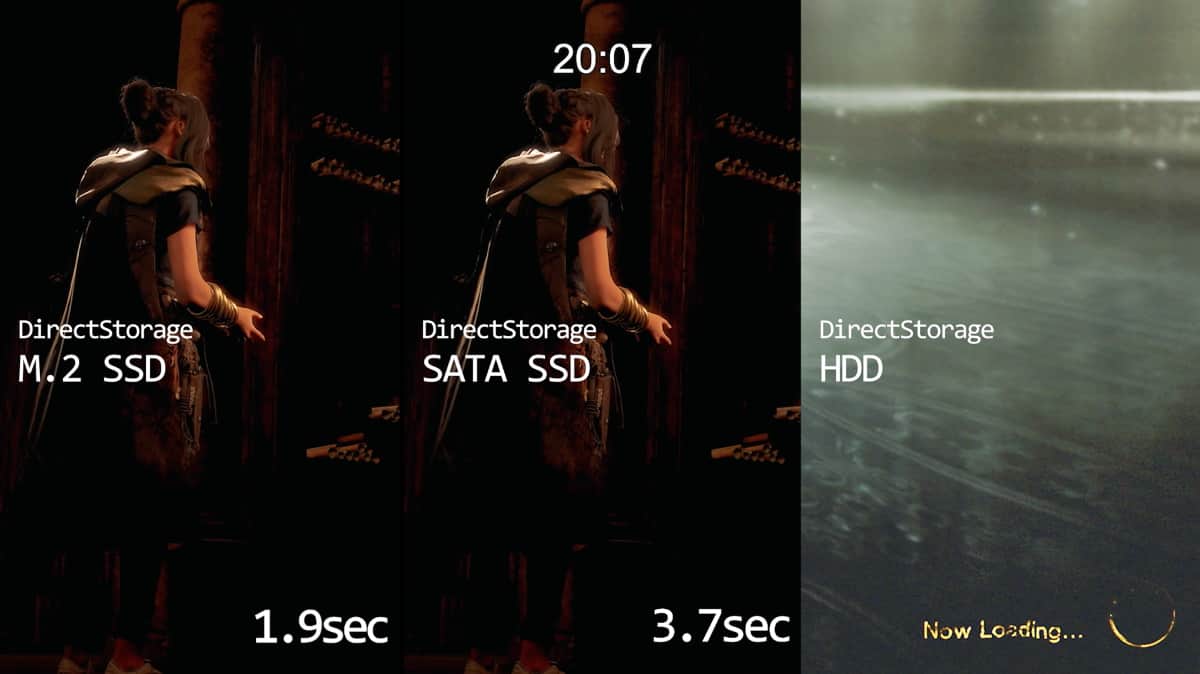 First announced as a Windows 11 exclusive, Microsoft revealed in 2021 that DirectStorage would also come to the company’s Windows 10 operating system. Microsoft released a preview in the same year, but it took until March 2022 for an official release.

At this month’s Game Developer Conference, Luminous Productions technical director Teppei Ono showcased the benefits of DirectStorage. The company’s Forspoken game makes use of the new API on Windows and loading times are indeed reduced thanks to the use of the DirectStorage API.

The decrease in loading time depends on a number of factors. As a result, it varied from scene to scene the director demoed during the presentation.

NVMe storage devices are faster than SATA SSD storage devices. The NVMe-powered PC loaded two of the three demo scenes in 1.9 seconds with DirectStorage. It took the SATA SSD 3.4 seconds and 3.7 seconds respectively to load the same scene.

The following table highlights the performance of the storage devices with the DirectStorage API and the Win32 API.

The biggest performance gain on the NVME-powered PC is 0.5 seconds for the loading of a scene, the lowest 0.2 seconds. For the SSD-powered PC, the biggest gain was 0.8 seconds and the lowest 0.4 seconds.

NVMe and SSD storage devices benefit from DirectStorage in PC games. Mileage varies a lot depending on the scene in question and the hardware that is used. The gains are noticeable, but some games may find them not as impressive as Microsoft made them out to be when the company announced the API. Gains look to be in the 10% to 25% region for most scenes.

The benchmarks are from a single game demo. It will be interesting to see if other games show similar loading time improvements.

The post DirectStorage improves game loading times, but not as much as you may think appeared first on gHacks Technology News.