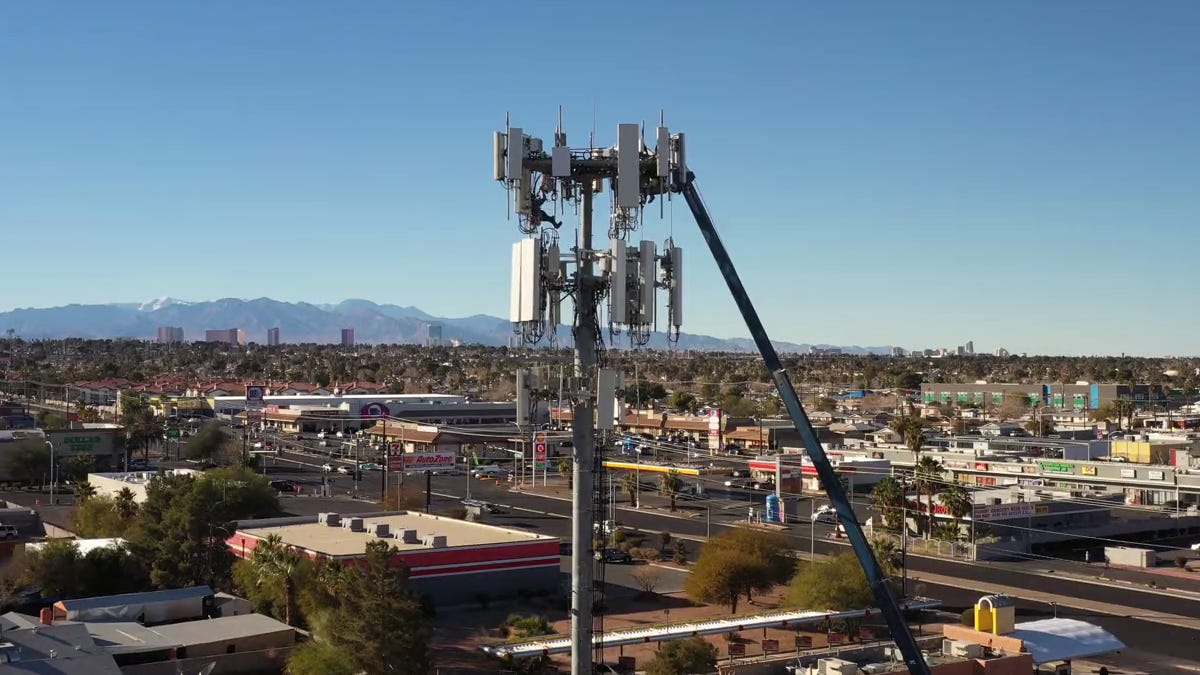 Dish Network has been building its own cellular network in the United States, mostly with leftover wireless spectrum acquired from T-Mobile’s merger with Sprint. Now the network is starting to go live… in one city, anyway.

T-Mobile and Sprit merged into a single company back in 2020, but the deal was only allowed by U.S. regulators if another company agreed to buy Boost Mobile (a pre-paid carrier previously owned by Sprint) and some wireless spectrum — essentially setting up another competitor to replace Sprint in the market. Dish Network agreed to the deal, which required the company to build a network that covered 20% of the U.S. population by June 14, 2022, and at least 70% by mid-2023. However, Dish’s rollout has been continuously delayed.

The good news is that Dish finally has a functional network… in Las Vegas, Nevada. The company is calling it ‘Project Genesis’ right now, and anyone in the Las Vegas area can order a SIM card from genesis5g.com. The company is advertising “truly unlimited Smart 5G data, talk and text for $30/month with nationwide coverage.” Before you shrug at the “nationwide” claim for a network that is only available in one city right now, Dish is allowed to roam on T-Mobile’s network for the next few years while the company builds up its own infrastructure. The site mentions that “5G data may not be available outside of Project Genesis service areas.”

Project Genesis only seems to support one phone right now: the Motorola Edge+, which costs $899.99. That’s not too unusual for a new carrier — Google Fi was limited to a handful of Nexus and Pixel phones for years — but Dish will definitely have to expand device support if it wants to be competitive against other carriers.

Dish also revealed a multi-year deal with Samsung on Tuesday, which confirmed Samsung will provide telecommunications equipment (such as radio units) for the nationwide network. The press release also mentioned Dish was testing the Galaxy S22 for use on the network, and “plans to continue using Samsung phones as a reference platform throughout the network deployment process.”

Dish says it will roll out its wireless network in more than 120 cities and metro areas throughout this year. However, given the company’s original schedule has been delayed several times, that might change.