Aside from compatibility and capability differences, DisplayPort and HDMI connectors differ too. DisplayPort features a 20-pin connector with an asymmetrical shape. Most tend to include a mechanical latch that prevents the cables from being accidentally disconnected.

HDMI has a 19-pin connector and a shape that’s symmetrical. Unlike many DisplayPort cables, HDMI tends not to feature latch or locking mechanisms. This can cause HDMI cables to become loose over time.

DisplayPort and HDMI were each designed for different uses, therefore they offer different pros and cons depending on how you use them. Deciding which connector to use can be tricky, but this is often determined by the monitor or display you have. 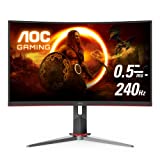 This 1080p monitor is an affordable choice for gamers who are looking for high refresh rates and low response times.

At the time of writing, the latest HDMI specification is HDMI 2.1a. It supports 8K at 60Hz and 4K at 120Hz. It’s also capable of displaying 10K content and dynamic HDR formats up to 48Gbps. To make the most out of HDMI 2.1, you’ll need to invest in an Ultra High Speed HDMI Cable like the Highwings High-Speed HDMI Braided Cord.

VRR (Variable Refresh Rate) enables your display to adjust its refresh rate depending on the frame rates from your PC or game console. Thus, it’s a term mostly used around gaming. When playing a game, you’ll notice that your refresh rate fluctuates depending on the actions on-screen. If your display and PC/console are out of sync, it will result in something called screen tearing.

To counter this issue, VRR was introduced, allowing your display to refresh as and when needed, matching that of your console or PC. AMD and NVIDIA have their own VRR technologies; AMD uses FreeSync and NVIDIA uses G-Sync.

You’ll notice that gaming monitors tend to display these supported technologies in their specifications, like the Acer Nitro XV282K which supports AMD FreeSync. The trouble is, only DisplayPort monitors support NVIDIA’s G-Sync and AMD’s FreeSync; HDMI can currently only offer support for FreeSync. So, if you have an NVIDIA graphics card, you’ll want to opt for a DisplayPort monitor with compatible technologies like the LG 27GN800-B Ultragear. 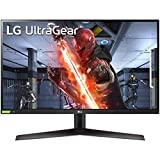 HDMI standards are supported by almost all home audio/video devices. If you own a modern TV, you’ll probably find it has an HDMI port. Similarly, game consoles, PCs, streaming devices, and projectors. DisplayPort, on the other hand, wasn’t designed for the same purposes as HDMI and therefore primarily only supports monitors and PCs. DisplayPort was originally developed to replace DVI and VGA connectors.

When the DisplayPort 1.2 standard was released, it introduced Multi-Stream Transport (MST). This allows you the option to connect multiple monitors to one DisplayPort connector through the use of “daisy-chaining” from one monitor to another, or by using an external hub like the StarTech 3-Port Multi Monitor Adapter. This is especially beneficial for office users who don’t want to splash out on a high-end motherboard or graphics card for their PC with multiple DisplayPort ports. However, resolutions, refresh rates, and bandwidth becomes limited since not all ports can leverage the full features of the DisplayPort standard.

HDMI does not natively support MST. However, you can use a DisplayPort hub with an HDMI adapter to daisy-chain multiple HDMI monitors through the DisplayPort on your computer.

Lastly, HDMI cables are much more flexible in terms of their length. It’s possible to find a 50-foot HDMI cable that’s capable of delivering 4K resolutions at 60Hz, however, DisplayPort cables rarely exceed 10 (according to the official standard) or 15 feet. Longer cables may exist, but they will likely cause the maximum resolution and refresh rate to deteriorate.

While both DisplayPort and HDMI are commonly used connectors, you’ll want to choose the right one depending on what it’s needed for. Household devices like Blu-ray players and TVs aren’t compatible with DisplayPort, so HDMI is the only option, and it’s certainly not a bad one.

On the other hand, DisplayPort does boast a few more technical advantages over HDMI, especially when it comes to gaming or multi-monitor setups. The only issue is, that it might be some time before the latest DisplayPort standard is available on monitors, and when it is, the monitors are likely going to be a lot more expensive. Still, if you have a DisplayPort port on the back of your PC, it’s definitely worth using it over HDMI if you have the option. 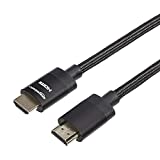 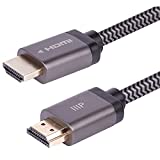 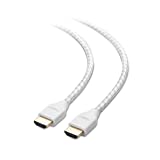 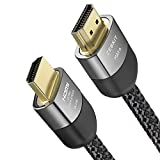