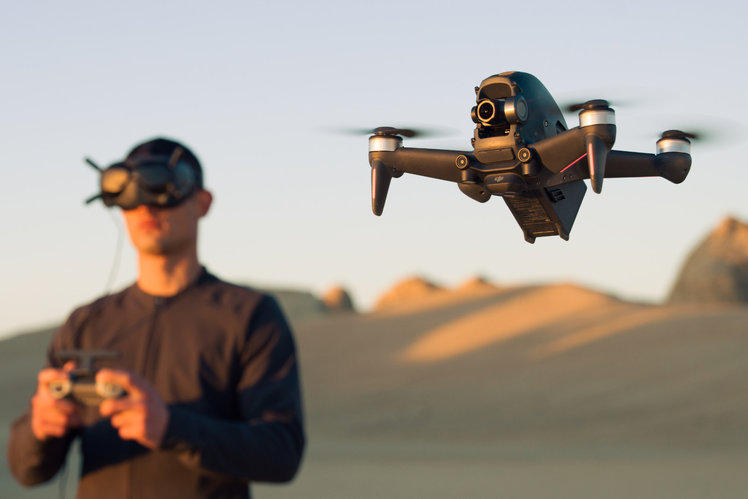 DJI has unveiled a brand new drone, and unlike its previous consumer models, this one is designed to be used primarily through the company’s FPV goggles. It even says it in the name, it’s the DJI FPV.

That means rather than strap your phone to the controller to use your phone as a screen, you strap the FPV goggles and see the camera feed directly through that, flying ‘on the nose’.

Its design is radically different to any of the Mavic series too. The camera is placed higher up in the front of the nose, while the arms are completely rigid and can’t be folded away. 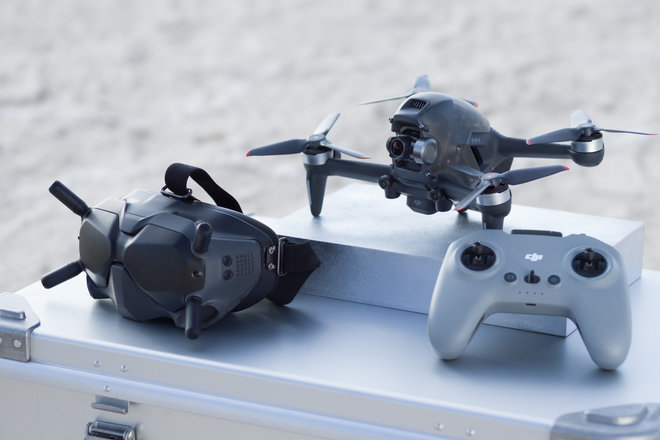 Similarly, the body of the drone is much more bulbous and rounded at the front, moving away from the shark-nose angular look of the Mavic models.

From a video perspective, it’s designed to capture high resolution imagery at fast frame rates, since the drone itself is also designed to be more nimble and quick moving.

Here are some of the key video and photo specs:

A lot of the drone’s build and mechanics are there to enable its speed and power in flight. It has racing motors, so it’s speedy as heck.

The drone can fly at speeds up to 39 metres per second, that’s about 87 miles-per-hour, although many countries around the world do restrict maximum speeds. Its accelleration is lightning quick too, and can go from 0-100kph (0-62mph) in just 2 seconds.

Battery life sounds relatively reasonable at around 20 minutes, when flying at 40kph (25mph) in windless conditions. For those curious, it’s a 2000mAh battery in the back. 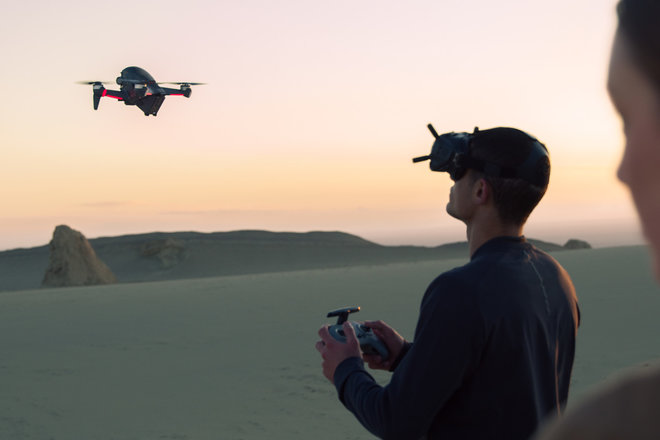 It can survive in temperatures between -10 and 40 degrees Celsius with the ability to withstand wind up to 31 miles per hour too.

As for range, it can fly up to 16.8-kilometres but the video transmission range between the drone and goggles maxes out at 10km. Plus, let’s not forget most regulations stated you need to be able to see the drone at all time.

With that in mind, it’s also worth remembering, because the pilot has goggles strapped to their head you do need to fly it with a ‘spotter’ who can keep line-of-sight visual of the drone.

DJI FPV is available to buy from today with the standard FPV combo costing £1,249/€1,349 which includes the controller and the DJI FPV Goggles V2.

As is the norm for DJI, there’s also a ‘Fly More’ kit which gives you two extra batteries and a dedicated charging hub for £259/€279. There’s also an additional/new type of controller called the ‘Motion Controller’ which will set you back £139/€149.