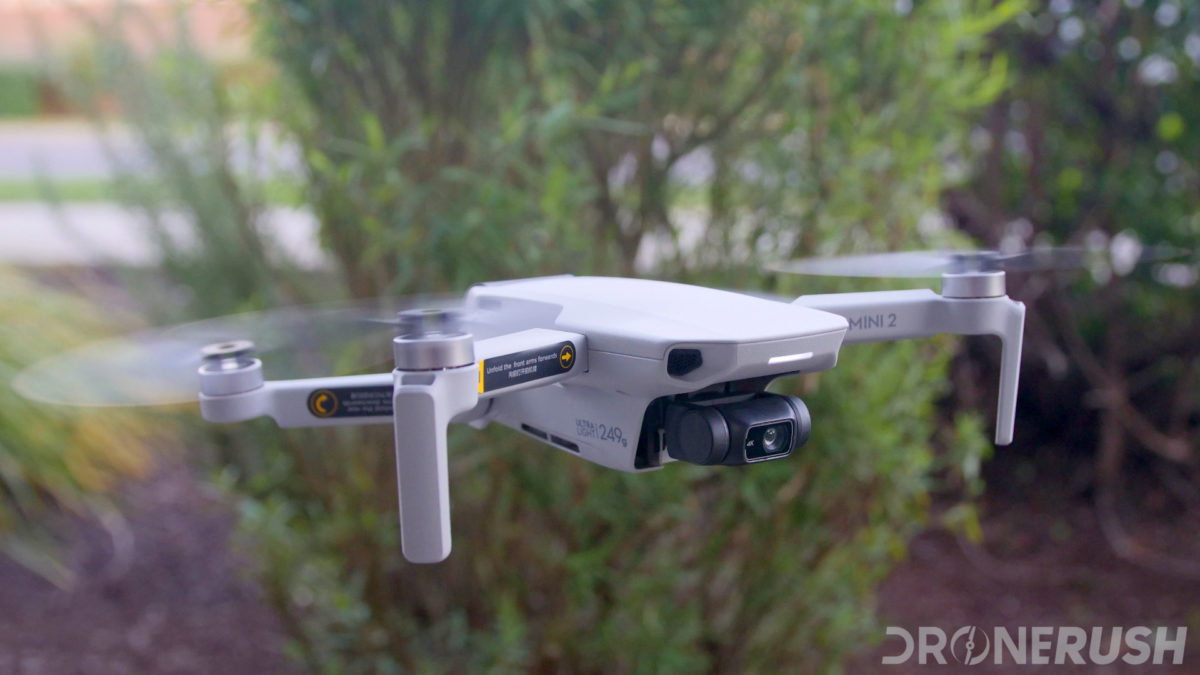 The DJI Mini 2 is a tiny folding drone that is easy to travel with, easy to fly, and successfully puts a phone-quality camera into the sky. The 4K shooter is backed with a 100Mbps data rate and 12MP stills with various panoramic modes. Additionally, there is microSD card storage to hold it all, over 30 minutes of flight time, and a very impressive six-mile range.

For those familiar with the original DJI Mavic Mini, you need to look closely to see the differences between the two drones. Both have practically the same airframe and they weigh the same. The differences are below the surface. Primarily, that 4K camera is an upgrade from the 2.7K shooter on the older drone, the new motors are more powerful, the drone is more power-efficient, and the inclusion of OcuSync nearly triples the effective connection range.

Not to spoil our conclusions, but the DJI Mini 2 is our new leader — the very best drone you can buy for under $500. 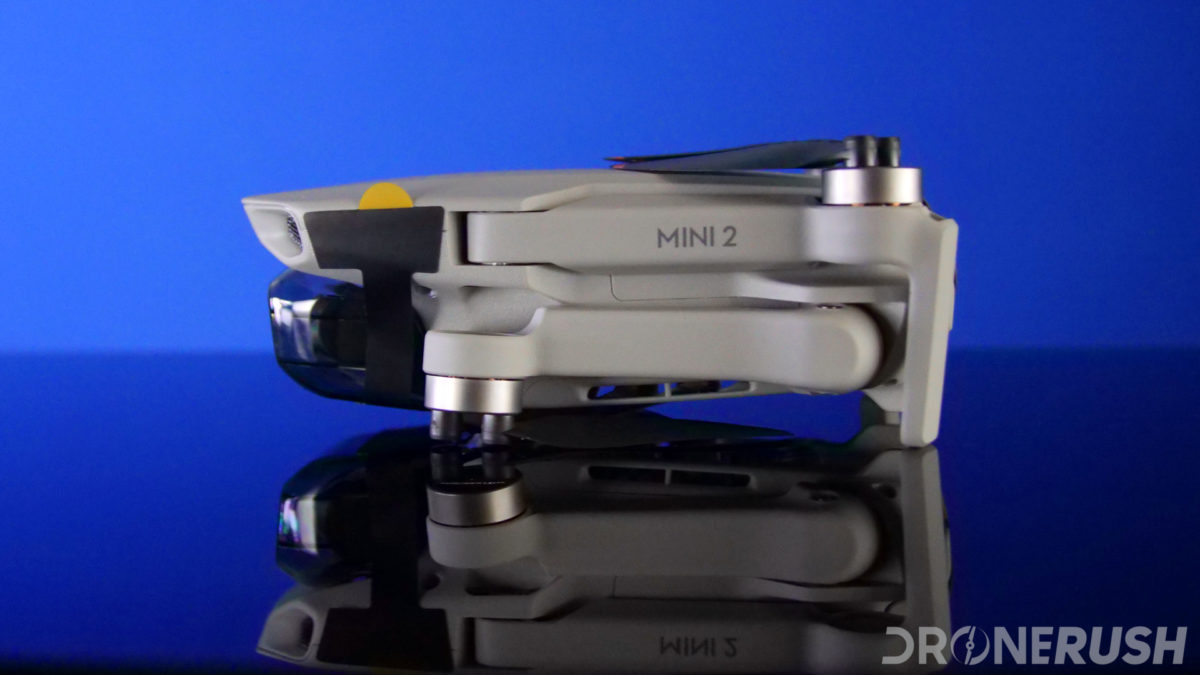 Please allow me to be very clear about this: the $500 range of drones is packed with many toy-class machines and some decent flying platforms. However, getting a reliable and stable drone with a smartphone-caliber camera for under $500 was practically unheard of before the Mavic Mini in 2019. Even now there are very few good camera drones in this price range. Jumping up to $800 can buy you the DJI Mavic Air 2, a drone that is equipped with a 48MP sensor, which matches many top smartphones. You’ll need to jump to at least a $1,000 drone before you get a camera that is better than a smartphone.

Perhaps the most important feature of the DJI Mini 2, as with the Mavic Mini, is that it weighs just 249 grams. The FAA, and similar aviation authorities around the globe, require that all drones that weigh 0.55 lbs or more (that’s 250 grams) need to be registered before you fly. Registration is easy — it lasts three years for just $5 and is a good way to learn all the rules you need to follow while flying. But make no mistake, not having to register does not exempt you from the rules of the sky. There are laws, so please follow them.

Portability and ease of use are the names of the game here. The DJI Mini 2 is the kind of drone you can easily fit in the water bottle holder on your backpack, or in a big pocket. The remote is a little larger, but this is still one of the most portable drones around. 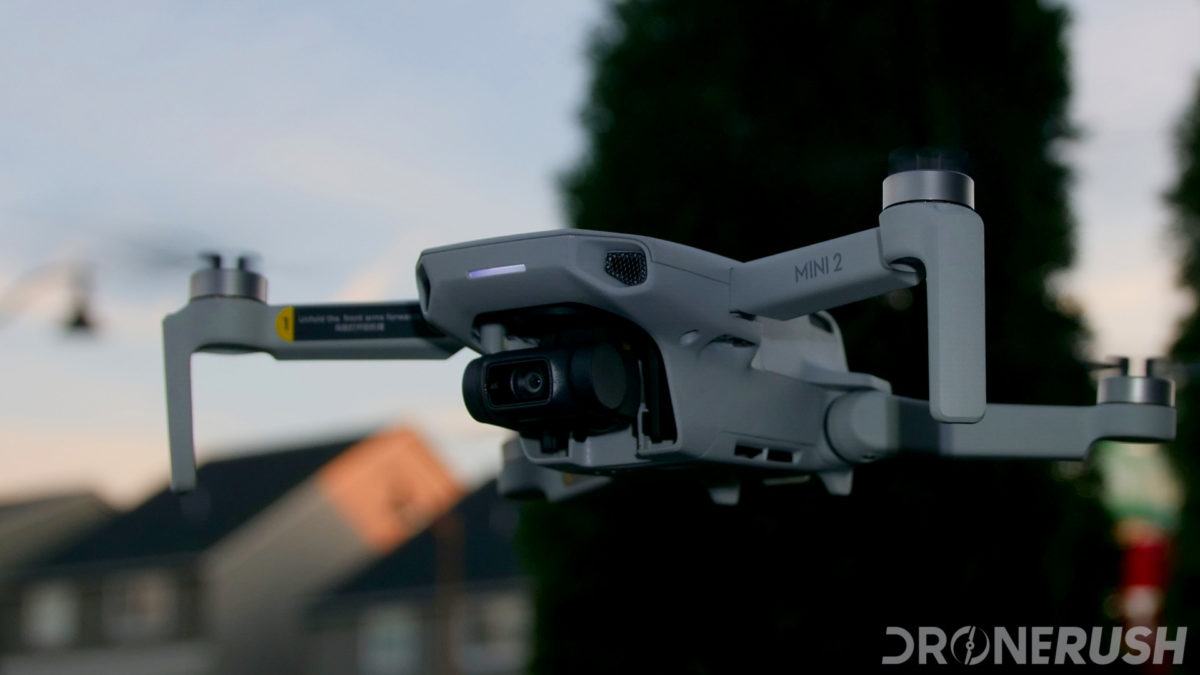 After scouring the spec sheet and carefully comparing the new DJI Mini 2 to its predecessor, we weren’t sure what to expect. Sure, there were a few improvements of note, but nothing that made us expect a significant difference in the sky. We were pleased to find that, once again, DJI proves that a spec sheet is only a small part of the story. The DJI Mini 2 feels like a vast improvement over the Mavic Mini.

The first thing you may notice is the new controller. It’s designed differently and has a few more controls on it. Nothing earth-shattering, but noteworthy, at least. Next up, the new motors are more powerful. The top speed of the drone is up to 36MPH. That’s not bad, but it’s the bursts of acceleration where you really feel it. Try starting out in Tripod mode if you aren’t comfortable with being easy on the sticks.

Once airborne, OcuSync is your friend. 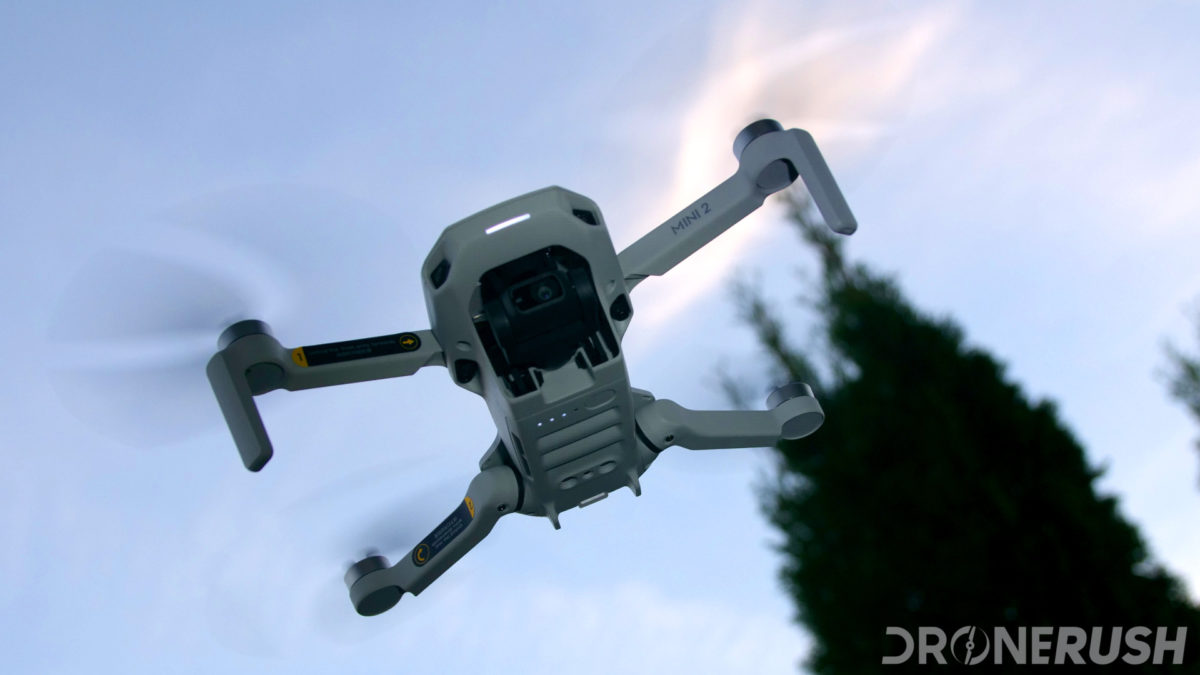 In a world where you have to legally keep your drone within visual range, a connection distance of 10KM (about 6.2 miles,) seems like overkill. Let me assure you that the added power to the antenna has other advantages as well. In my part of the world, radiofrequency and magnetic interference are common. It can be unsafe to fly in some rocky areas, where a drone can lose a stable connection even when only a hundred feet from the controller. OcuSync 2.0 is powerful enough to cut through that interference, resulting in a stable connection wherever I’ve tried flying it.

Now that you are safely connected, please take it easy on the sticks. The DJI Mini 2 is responsive and fast. It may not have a monster top speed, but you’ll likely overshoot your mark when trying to make small flight adjustments. It is always advised to fly in a large open space.

The DJI Mini 2 is responsive and fast.

With a top speed of 36MPH, it’s no problem to track your pet or child as they run around a field.

Ultimately, DJI managed to continue their familiar flight experience with the Mini 2. Expect a completely stable hover, smooth flight, easy to use controls, and a handful of software features to help with some of the more delicate flight tasks.

How do I control the DJI Mini 2? 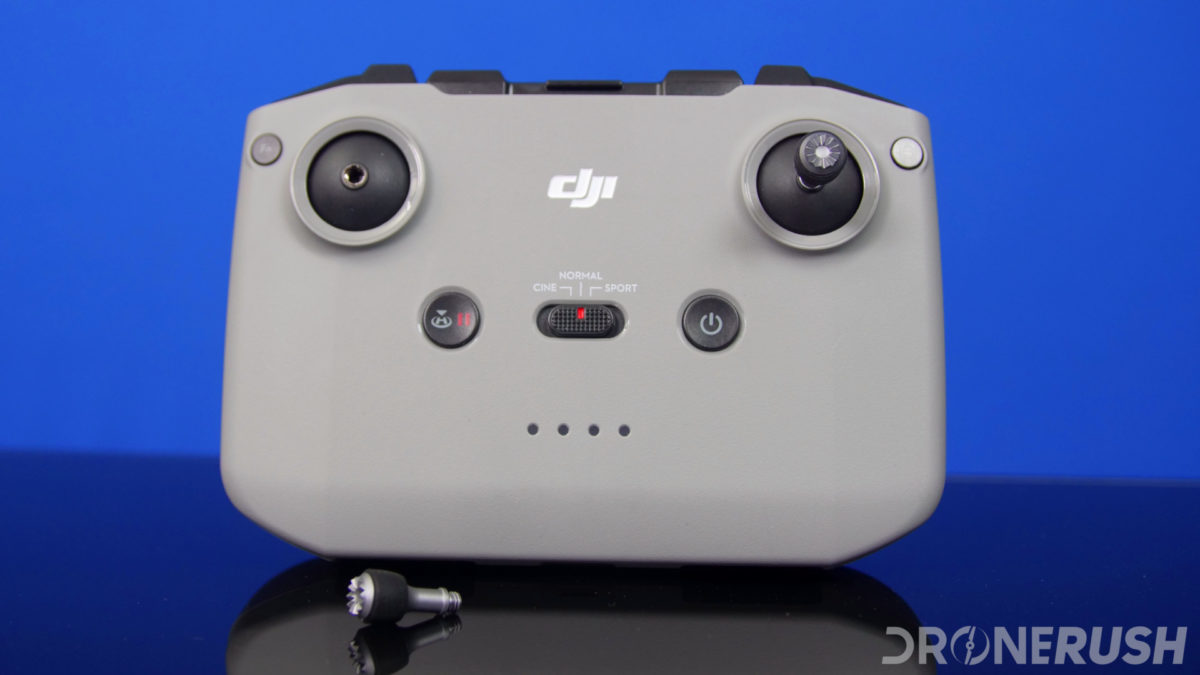 The DJI Mini 2 uses the DJI Fly app for your Android or iOS device. The remote control can hold most smartphones with the built-in clamp, but you’ll need an adapter if you wish to connect a tablet.

If you do not wish to use the controller, you can connect your smartphone to the drone via Wi-Fi. Your connectivity range will be vastly reduced, and the controls will be less effective, but you can operate by phone alone if you desire.

The DJI Fly app handles software updates for the drone, remote, and batteries. It also has a map with geo-fencing to help you fly legally, and there is even an ADS-B receiver so you can get warnings for any manned aircraft in your area. Remember, it is your job to get out of their way.

What is the DJI Mini 2 flight time? 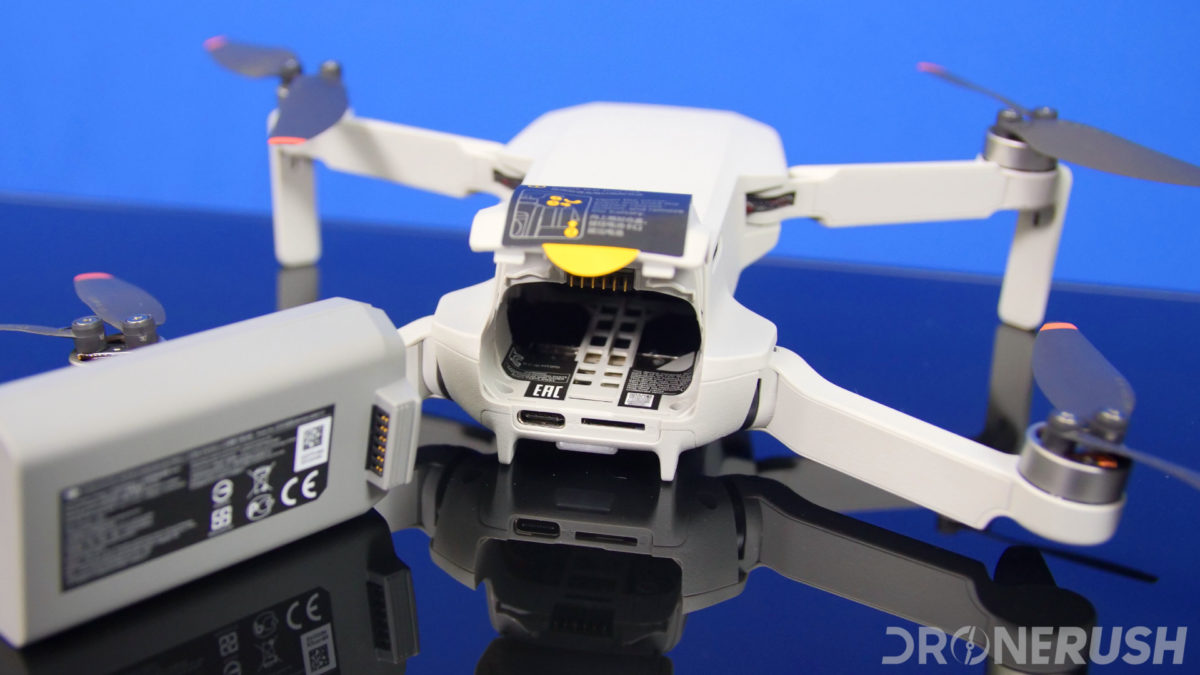 At its very best, the DJI Mini 2 is rated for 31 minutes of flight time. Under normal flight circumstances, considering factors such as wind, software updates, the power draw from snapping photos or shooting video, power consumption for your flight itself, and ensuring you land with some juice remaining, we averaged about 24 minutes in the sky. 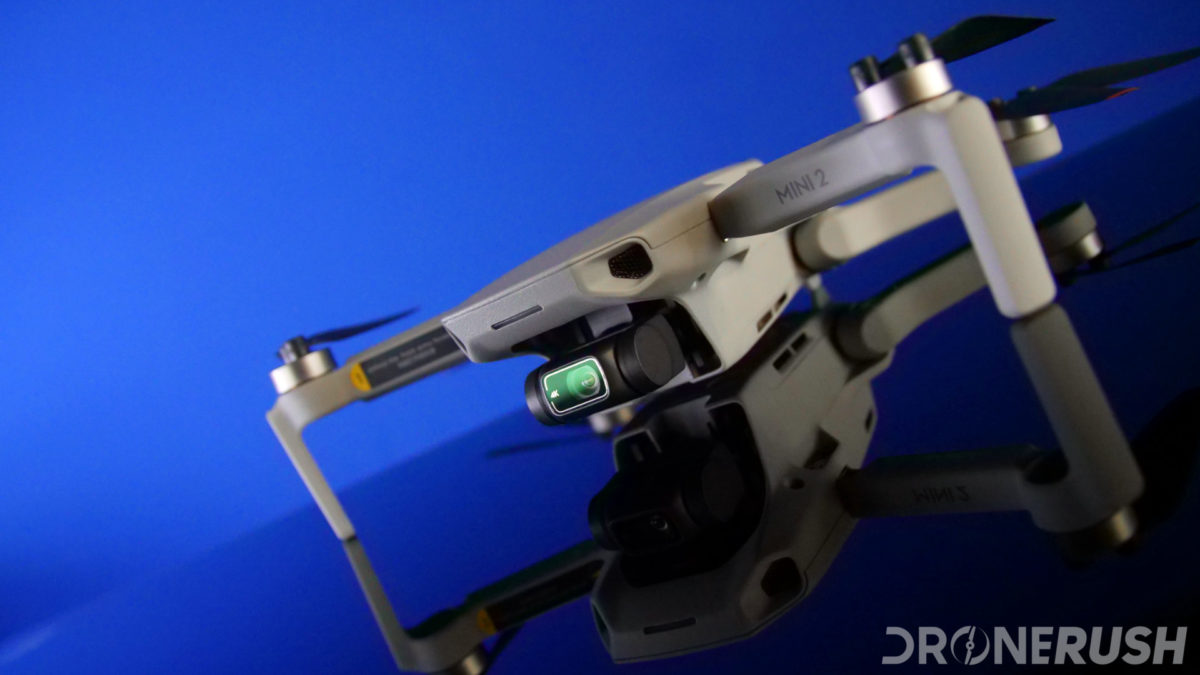 The DJI Mini 2 is a superb drone for nearly any pilot. It is important to understand that the Mini 2 has a great price tag and a very low weight. Nevertheless, that DJI had to leave out some of their better features to get there. If you need a drone with a DSLR-class camera, or to haul another larger payload; if you need a machine with advanced, multi-directional obstacle avoidance sensors or extra modules with advanced operations, the Mini 2 is not for you. We can recommend other drones for those tasks.

The DJI Mini 2 is a great drone for new pilots. It’s a very useful machine for enthusiasts that want a very portable shooter in their fleet, and it is a fantastic machine for any hobby pilot. Most of all, if you are looking for a viable camera drone for less than $500, this is the best you can buy.

Speaking of that camera, it is a 4K shooter at 100Mbps data rate. It snaps 12MP stills on a 1/2.3-inch sensor. In front of that sensor is a f/2.8 24mm lens with an effective 83-degree field of view. Video is captured in MP4 (H.264) format, while photos are JPG with the option to also capture DNG raw images. Best of all, the camera can zoom. That’s a 2X lossless zoom when shooting in 1080p, with at least a 2X lossy zoom in all shooting modes. 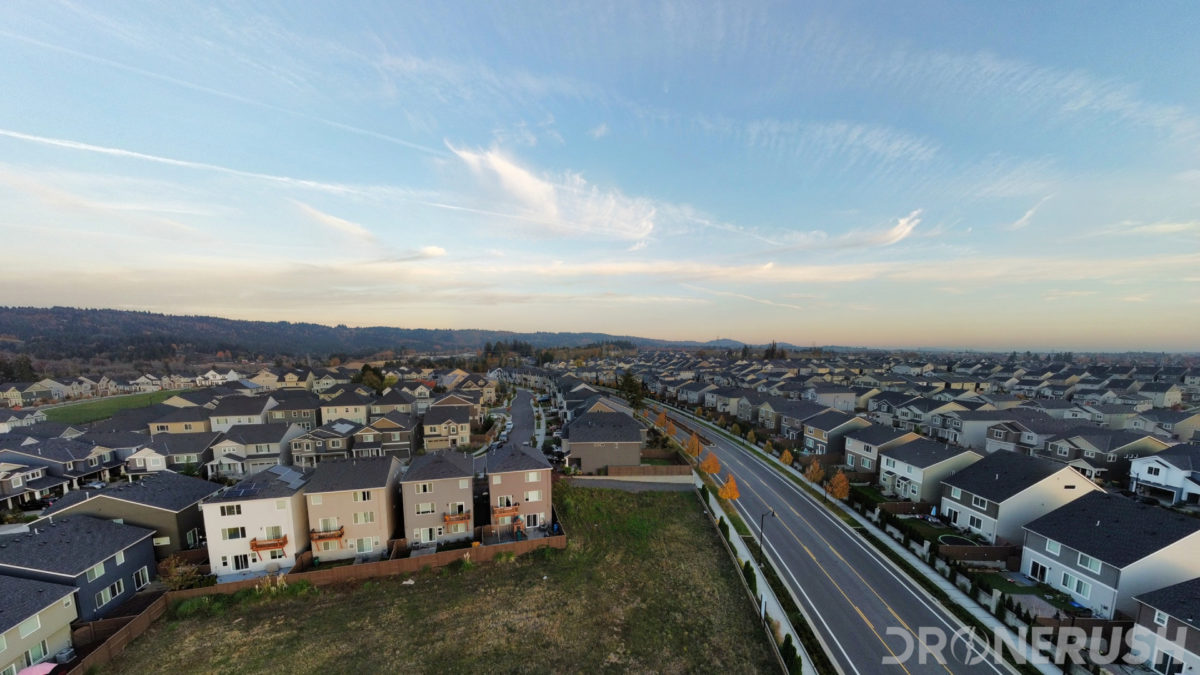 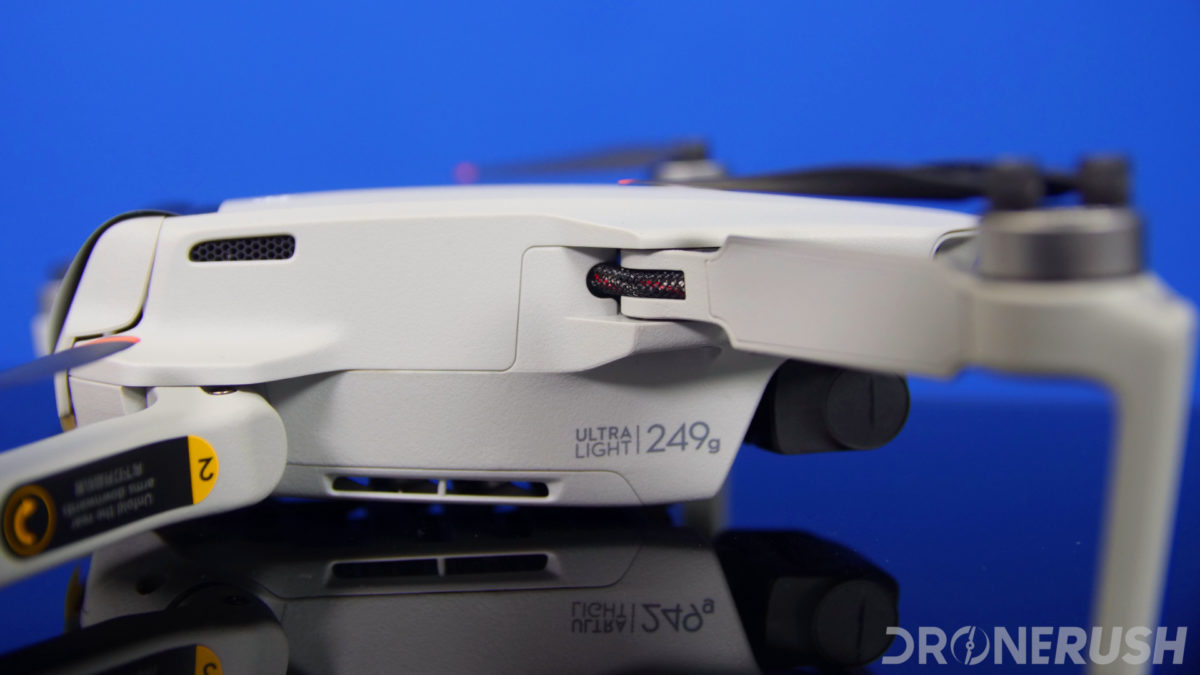 Unless you are considering a much more significant drone, there are really only two drones in play at this price point: the DJI Mini 2 and the older DJI Mavic Mini. For the price difference, you’re looking at a 2.7K camera vs the newer 4K camera, longer flight times and much greater range from a faster drone, and a more capable remote control. Basically, if 2.7K video is enough for you, you will be happy with the Mavic Mini. But if you desire 4K video and all the rest, be ready to spend a little more.

The DJI Mini 2 is shipping to consumers now. There are two purchasing options. You can buy the base drone package to get the airframe with one battery, or you can jump up to the DJI Mini 2 Fly More combo. The latter will net you three batteries, a nice carry case, more propellers, and more of those little parts to keep things in order.

The DJI Mini 2 is the first viable 4K camera drone for under $500. It takes all that was good about the DJI Mavic Mini, and makes it better. A more capable camera, longer flight times, far greater flight range, and more power! Grab the DJI Mini 2 base drone package, or the Fly More combo with more batteries and accessories.