After releasing quite a few impressive lineups of drones, DJI is working on the next project dubbed DJI Mini 3 Pro. Tipster Jasper Ellens posted a tonne of pictures and videos of the upcoming DJI Mini 3 Pro giving a lot of information about the drone.

It is likely to offer substantial upgrades over the non-Pro variant including a larger battery, and an obstacle avoidance sensor among others. 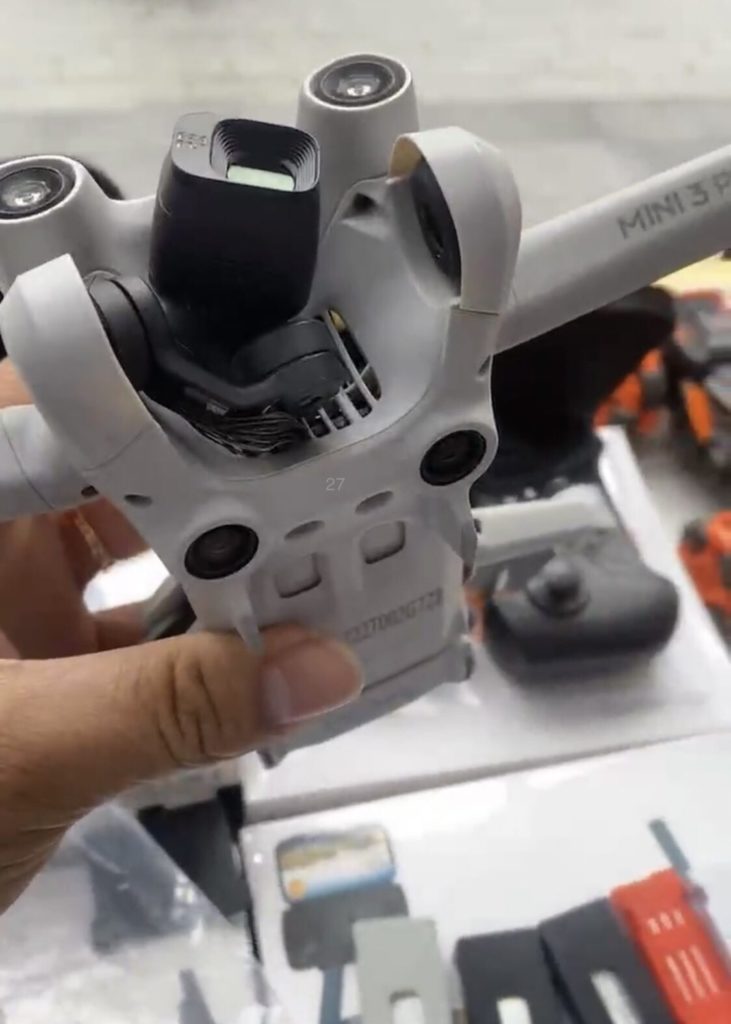 According to a self-proclaimed DJI investigator, the upcoming DJI Mini 3 Pro offers two large sensors at the front that will enable it to avoid obstacles. In addition to that, two other sensors are facing downward which will aid in preventing ground collisions. This is certainly a major upgrade given the fact that the DJI Mini 2 arrived with only the latter.

Moving on, what we could see onboard DJI Mini 3 Pro is three-axis gimbal hardware attached to it. It is suspected to support vertical video as well.

The camera rig on the DJI Mini 3 Pro is likely to sport a maximum aperture of f/1.7 to produce improved low-light shots and brighter images compared to non-Pro’s f/2.8 aperture.

The photos also show what the DJI Mini 3 Pro will weigh i.e. 249-grams. For those who don’t know, the weight is at a sweet spot as anything above 250 grams will require registration with the Federal Aviation Administration. It is good news that DJI Mini 3 Pro won’t need an FAA registration.

Talking about the pricing, it remains a mystery whether or not DJI will take up an expensive price tag or stick to the entry-level pricing. 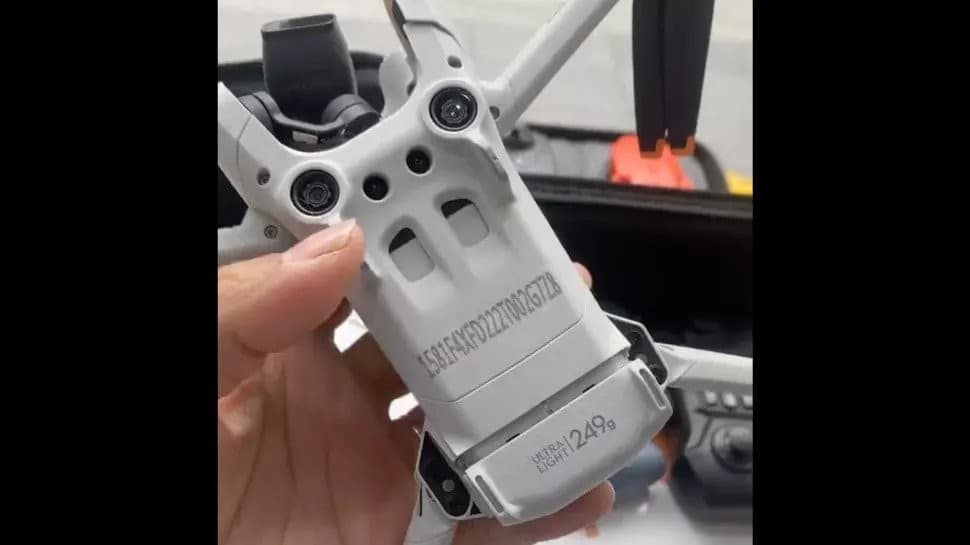 As the label on the base of the upcoming drone reads, it will bring in a 2453mAh lithium-ion polymer battery onboard. It is estimated to give a battery life of 35 minutes. For context, the DJI Mini 2 had a 2,250mAh battery with 31 minutes of flight time. Apart from that, the rated capacity of the battery is 18.10Wh, the max charge voltage is 8.5V and the nominal voltage is 7.38Vdc.

For now, this is all we know. About the release date, Ellens mentioned that the launch could be in the next few weeks although there are no dates available at the moment.