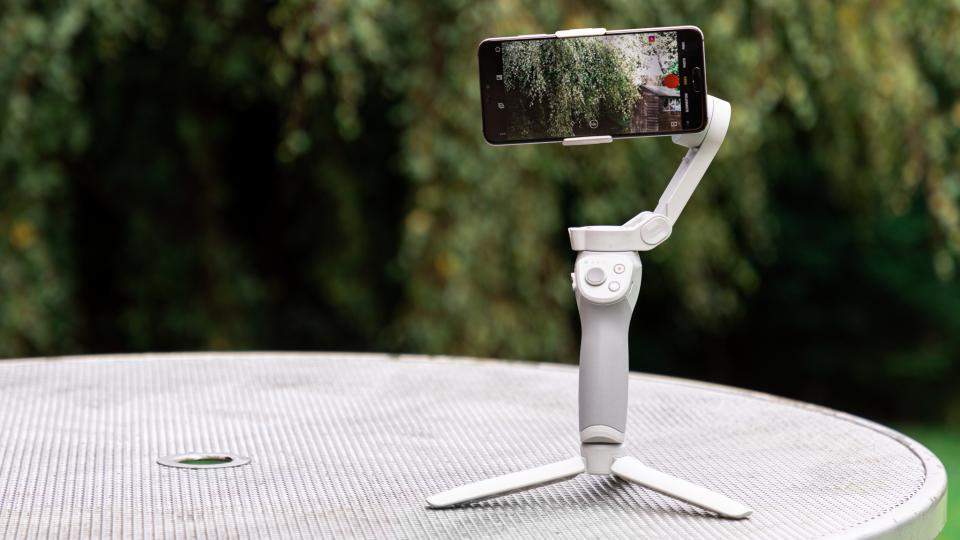 While in-camera stabilisation continues to improve with each new generation, for those looking to take their smartphone footage to the next level, nothing quite compares to a dedicated gimbal like the new DJI Osmo Mobile 4.

DJI’s gimbals are designed specifically for smartphone users and are generally lauded as the stabilisers to beat in this particular market. But, with an already well-refined formula, can this latest iteration offer anything new?

DJI Osmo Mobile 4 review: What you need to know 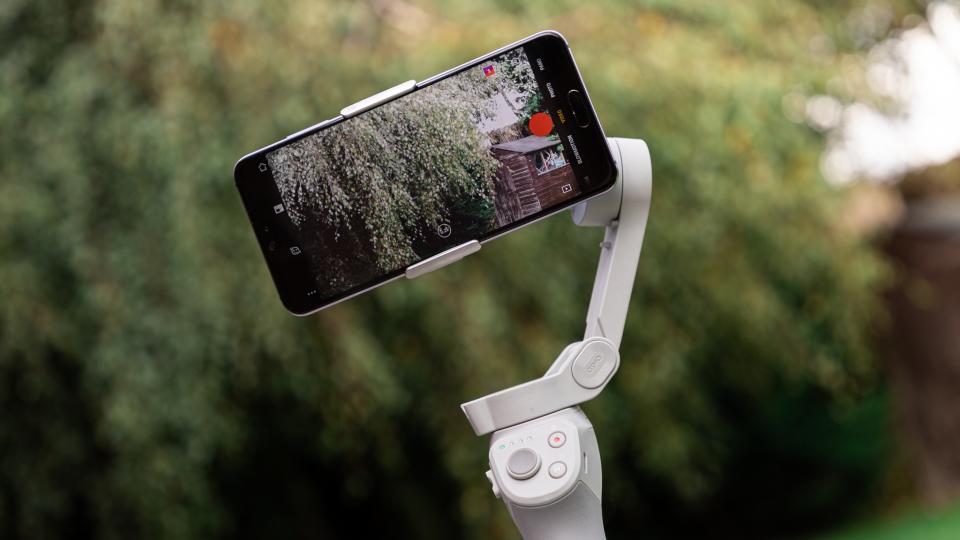 Timelapse, hyperlapse, and automated panorama features are all present, along with subject tracking, and there’s a new dolly zoom feature, too, that DJI is calling Dyna-Zoom.

The standout change comes in the form of a new magnetic mount that replaces the fixed tension mount we’ve seen on previous models. This streamlines the overall shape of the device and makes setup and dismantling quicker and easier.

For £139 you get the Osmo Mobile 4, a mini tripod, wrist strap, carry pouch, charging cable, and two types of magnetic mount. It’s more expensive than its predecessor, which retails for around £99 for the gimbal on its own, or £119 if you want the accessories, including a semi-hard case. 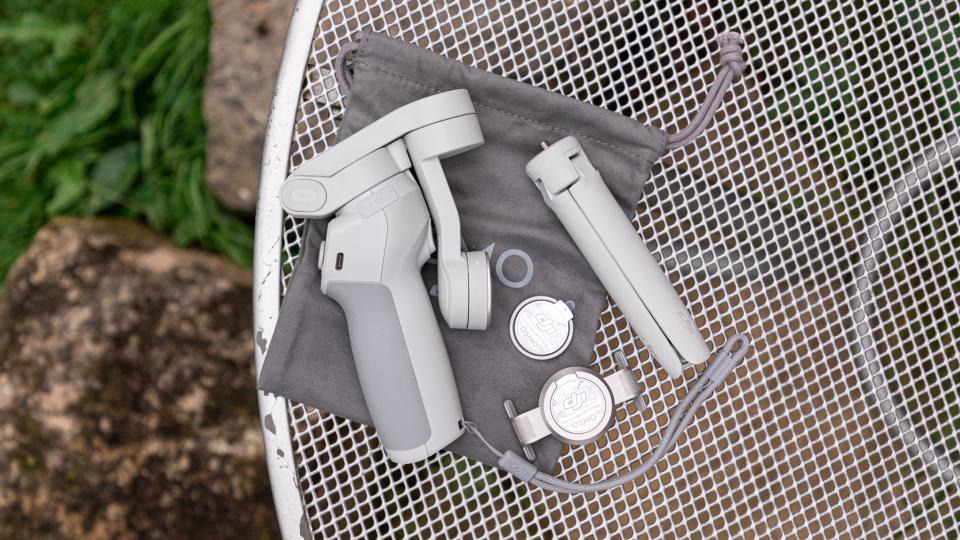 Of course, DJI isn’t the only manufacturer in the smartphone gimbal space. While they may not be household names, the likes of Zhiyun and Hohem have rival three-axis gimbals available for as little as £70, although the features offered in their apps can vary greatly.

The DJI Osmo Mobile 4 picks up where the Osmo Mobile 3 left off. The design is very much the same, albeit now in a slightly lighter shade of grey. It does, however, feel more refined. While it still folds away in the same way, the components move more smoothly and things don’t flop around when powered down. The overall build is plastic but it feels reassuringly solid, and the grip, joystick, and trigger all have rubberised surfaces. 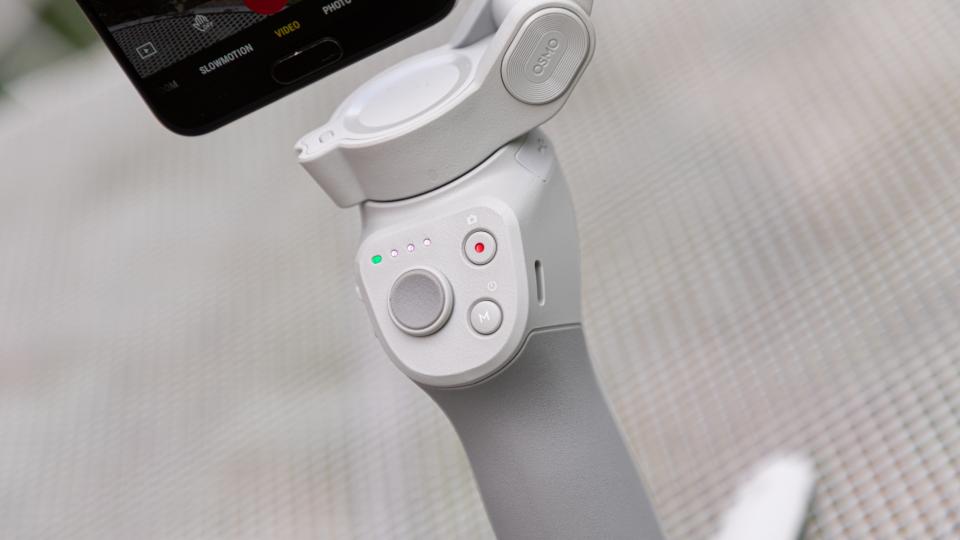 The most significant design change is the new magnetic mount. DJI includes two mounts in the box, one that’s of an all-metal design, with an adjustable tension clamp, and one that can be permanently stuck to your device. This second mount can be handy if you find that the regular mount presses on volume or power buttons. At the outset this change may seem minor, but in use, it’s a significant improvement. Opening the tension mount while simultaneously trying to juggle a phone and gimbal was a faff with the Osmo Mobile 3, especially with larger phones. The ability to simply attach the whole mount using strong magnets solves this issue entirely – oh, and those magnets are strong.

As an added bonus, removing the mount also makes the whole device more compact. And, with no awkward fixed mount jutting out, it’s less likely to get catch on something while you’re trying to get it out of a bag. 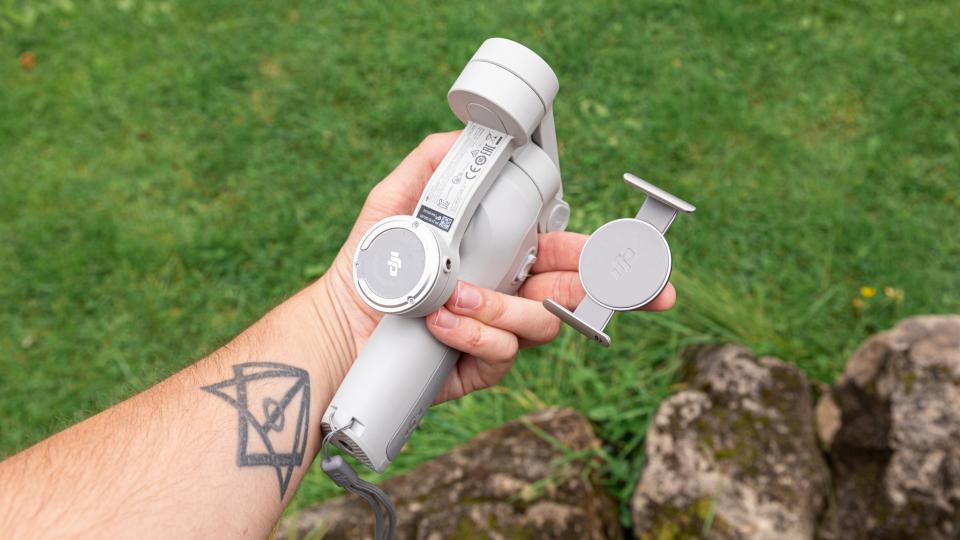 The Osmo Mobile 4 is optimised for one-handed operation. All the controls are within easy reach, with a joystick for pan and tilt, along with a slider for zooming. You also have the ability to rotate the phone, switch cameras, start recording and initiate tracking all from the grip.

While on paper this all seems ideal, in practice there’s actually quite a learning curve to conquer first. Many of the buttons carry out multiple functions depending on how many times you press them. The trigger, for example, starts and stops tracking (one press), switches between landscape and portrait mode (two presses), and re-centres the gimbal (three presses). This may seem like a small gripe and I’m sure that with repeated use these actions will become second nature but it can be frustrating when you’re new to it

The device charges over USB-C, with a 2.5 hour charge giving you around 15 hours of run time, the same as the previous two models. If you find the charge on the Osmo is outlasting your smartphone, there’s a handy USB-A 3.0 port on the grip that’ll let you top-up the charge on your phone while you’re on the go.

To explore the Osmo’s full range of features you need to download the DJI Mimo app and connect phone and gimbal via Bluetooth. Fortunately, the app is quick to set up and once you’ve paired the two devices you’ll be up and running in less than a minute.

The Mimo app has seen a few updates since we tested the Osmo Mobile 3, now supporting more frame rates and resolution options as well as being able to engage different lenses on phones that have multiple cameras.

The app itself is straightforward to use, with an intuitive camera interface that should seem familiar regardless of what video app you’re normally used to. Shooting modes include automated panorama, improved hyperlapse and timelapse modes, the new Dyna-Zoom feature, along with standard photo and video modes.

While all these features are great, they amount to nothing if the gimbal can’t hold a steady shot. Fortunately, the Osmo 4 doesn’t disappoint.

Motion is natural and fluid, allowing even those who lack surgeon-steady hands to capture cinematic looking footage. The simplicity of the in-app tracking really pulls it all together. Select an object, person, or the horizon using the trigger, and the Osmo will maintain a near-perfectly steady shot. This comes into its own when you’re filming in selfie orientation, as the Osmo will keep you centred and the footage stable even on uneven terrain.

One thing to bear in mind, however, is that things are quite dependent on the smartphone that you pair the Osmo with. The end result is a combination of both the gimbal stabilisation, as well as in-camera stabilisation. I found this especially noticeable while testing out the new Dyna-Zoom feature that aims to copy Alfred Hitchcock’s disorienting dolly zoom effect. While testing on an iPhone XR, the results were smooth and impressive – expect casting calls for my all-smartphone Vertigo remake imminently. However, I found that while using a Huawei P20 Pro things were jerky, the exposure uneven, and the results, in all honesty unusable.

Similarly, the device choice will affect the range of manual settings available. The iPhone allows for specific ISO and shutter speed selection, while the Android device limited me to using exposure compensation and auto exposure lock. Neither allowed me to manually adjust the white balance. For casual usage, this may not present too much of a problem, but if you plan on using the Osmo for more serious work you may find it restrictive.

The DJI Osmo Mobile 4, in combination with the DJI Mimo app presents video makers with a solid set of tools that opens up a whole world of creative possibilities. While the different buttons can take a little getting used to, and the in-app manual controls may be limiting, the end results are tough to beat. It’s just a shame there are only limited updates over the previous model, especially given the price bump.

If you’re looking for a new smartphone gimbal and willing to pay the premium for top quality results, the Osmo 4 is definitely worth considering. But, if you already own an Osmo 3, it may not be worth the upgrade.