HP recently introduced the Pavilion Aero, which it calls its lightest consumer laptop yet. It’s a really interesting product because, at first glance, it looks set to compete with the best HP laptops out there. It has a powerful AMD Ryzen processor, high-end storage and RAM configurations, a great display, and all while being super light. But HP still labels this under its mainstream Pavilion brand, instead of the more premium Envy or Spectre lineups. And when it starts at just $749, you have to wonder what compromises are being made with the Pavilion Aero.

Contrary to what it might seem, the HP Pavilion Aero isn’t a perfect laptop, but that doesn’t mean it’s not great. There’s a lot of value to be had in this package, but it’s also important to look at what’s missing. That’s what we’re doing here, so you can make a more informed decision when considering a purchase.

What the Pavilion Aero does right

First, let’s talk about what makes the HP Pavilion Aero great. HP outfitted this laptop with AMD’s latest Ryzen processors, up to a Ryzen 7 5800U. That’s not only a high-end mobile Ryzen processor, it’s actually the higher-clock variant of the Ryzen 7. Many other laptops come with the slightly slower Ryzen 7 5700U, so it’s impressive that HP went with the more powerful version. Even if you opt for the Ryzen 5 variant. you’re getting a Ryzen 5 5600U, not the slower 5500U.

HP also lets you configure this laptop with up to 1TB of SSD storage and 16GB of RAM, which isn’t too shabby at all. Even the base configuration has 8GB of RAM, which is enough to have a good experience on Windows. As far as performance goes, the Pavilion Aero doesn’t make any big compromises. 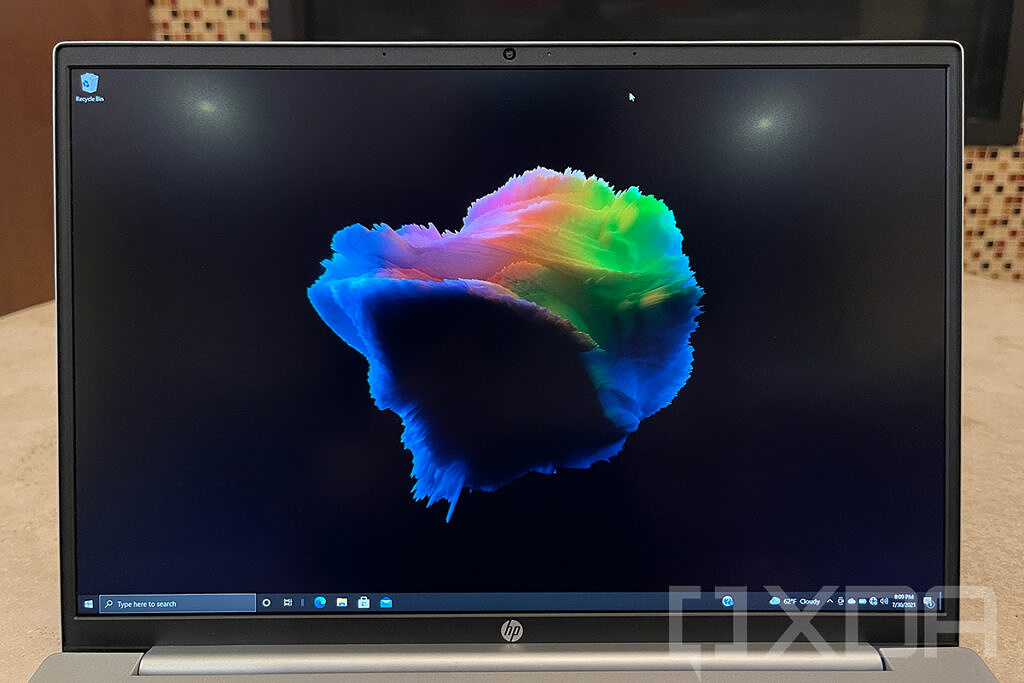 HP also did a great job with the display. It’s one of the first laptops in this price range to come with a 16:10 aspect ratio, which is usually reserved for premium laptops. This taller display is great for productivity and reading content, and HP even offers it in a WQXGA (2560 x 1600) resolution variant, which is super sharp for a laptop this size. Even at the base level, the 1920 x 1200 resolution isn’t bad at all. Many laptops at this price still have lower-resolution displays, including other Pavilion models.

To round things out, HP also didn’t sacrifice its environmentally-friendly initiatives with the Pavilion Aero either. The build still uses a lot of ocean-bound plastics and water-based paint to help reduce environmental impact. It also still has a premium build, using a magnesium-aluminum alloy that’s common on ultra-light laptops. Some users say magnesium can feel cheaper than a standard aluminum build, but that will depend on your taste. 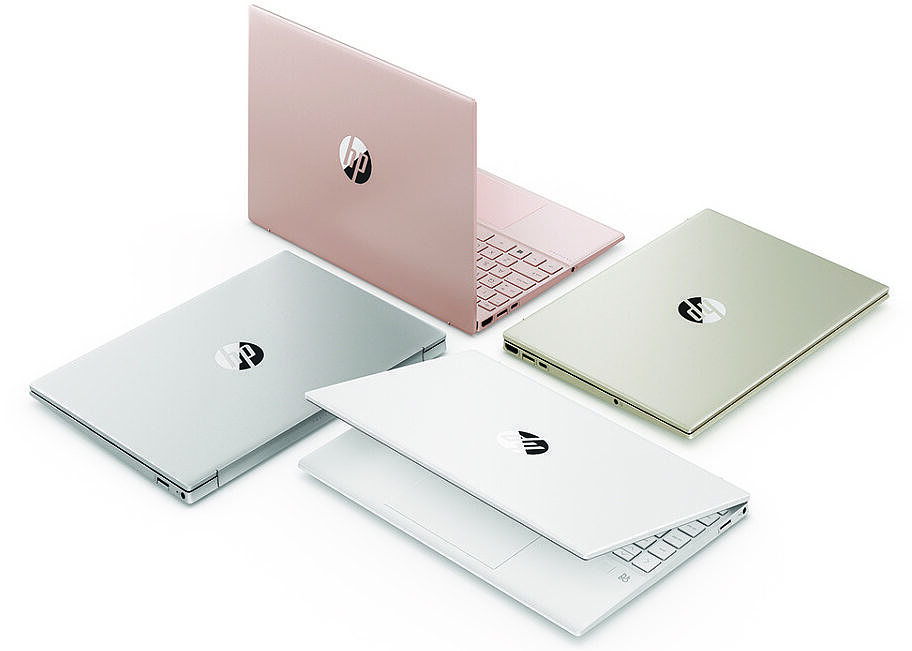 Another thing that’s great about the Pavilion Aero is it comes in four different color options. They’re all kind of subdued, but having that many choices is still very nice, and extremely uncommon in this price tier.

What are the compromises?

Despite all that, there are no miracles at play here, and there are definitely compromises made to get the Pavilion Aero to be so light and affordable. Let’s start with the display, which has no touch support, even as an optional add-on. Many of the company’s Pavilion laptops at least give you the option to add touch support, and most premium laptops give you that option, too. Not everyone needs a touchscreen, but some of us would definitely appreciate it. Also, that display isn’t covered by glass, just plastic, which can make the device feel somewhat cheap.

Above that display, you’re not going to see an IR webcam either. Windows Hello facial recognition isn’t always a guarantee, but many laptops at this price do have it. Not only that, the webcam itself is just 720p, so it’s not going to blow your mind. To be fair, even some premium laptops have 720p cameras, but it’s something you should be aware of.

And while we’re on the topic of Windows Hello, HP is very unclear about the presence of a fingerprint sensor. Some variants have it but the fingerprint sensor isn’t mentioned anywhere when you’re buying the laptop. It’s not visible in most of the official renders from HP either, so it doesn’t look like it’s something you’re guaranteed to get. It’s pretty uncommon for laptops at this price to have no sort of biometric authentication by default, so that’s a notable sacrifice. 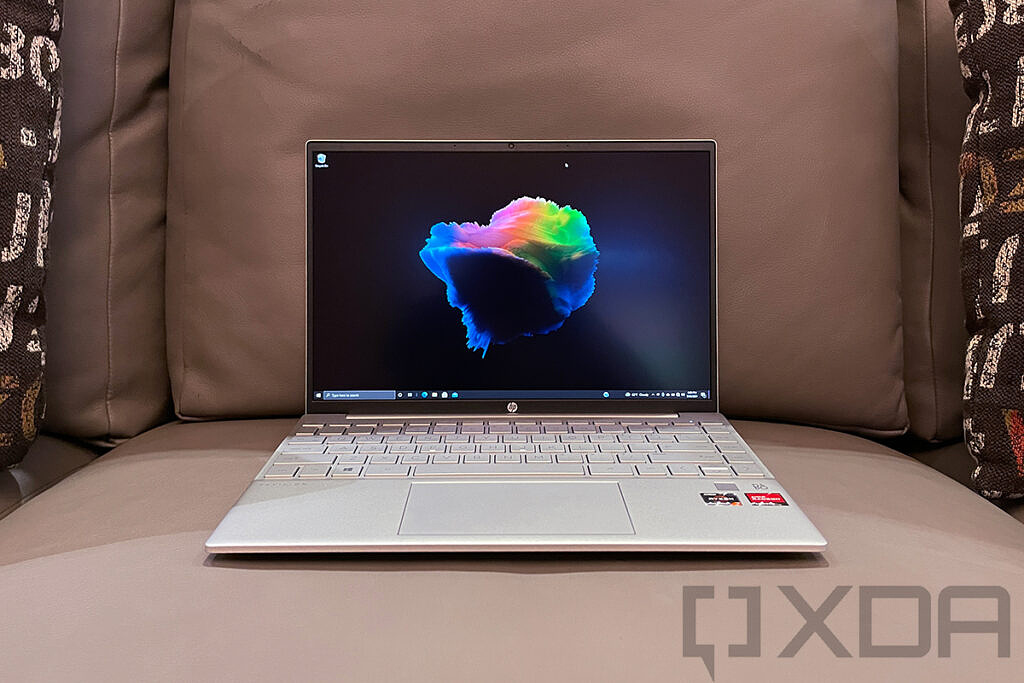 There’s some other things, too. By default, the keyboard on the HP Pavilion Aero isn’t backlit. You do get the option to add it, but that costs an extra $20, and it probably adds a bit of weight to it. Another thing that’s missing is an option for 4G LTE. In fairness, that’s not something a lot of laptops have at this price, but some products do offer it. In fact, last year’s HP Pavilion x360 14 had it, and it came in at under $700 in price. It’s also odd to see a laptop in this price range still using a proprietary barrel charging pin, instead of having two USB Type-C ports. It can charge via USB Type-C, so it would have been better if the company just went all the way with it.

Finally, as we’ve mentioned, some users find that a magnesium alloy can feel cheap in the hand. It’s a durable material, but because of how light it is, it doesn’t feel as substantial as aluminum.

All compromises considered, the HP Pavilion Aero is still great. It does make some sacrifices but at the end of the day, they’re on things that not everyone needs. Lots of people don’t care about touch support on their laptops, and if you already didn’t have Windows Hello on your previous laptop, you won’t notice it’s gone here. All of these downsides have to be contextualized, and it’s really up to you if they affect your experience negatively.

The HP Pavilion Aero nails a lot of the basics — it has powerful processors, a great display even in its base configuration, and it’s super light. You can also configure with some high-end specs like a Quad HD+ display, up to 1TB of storage, and 16GB of RAM. It’s certainly possible to have a fantastic experience with this laptop. It’s a standout example of what can be done with an AMD Ryzen laptop. You just need to make sure you’re OK with giving some of the niceties you usually get with premium devices.

If you’re looking for even more affordable options, be sure to check out our list of the best budget HP laptops. 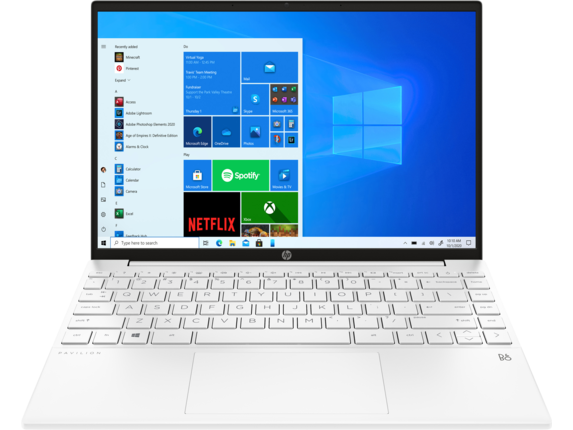 The Pavilion Aero is HP’s lightest consumer laptop, but it still packs a punch. With poweful AMD Ryzen processors, and a tall and sharp display, it’s extremely comptetent for its price.

The post Does the HP Pavilion Aero make compromises to be so light? appeared first on xda-developers.