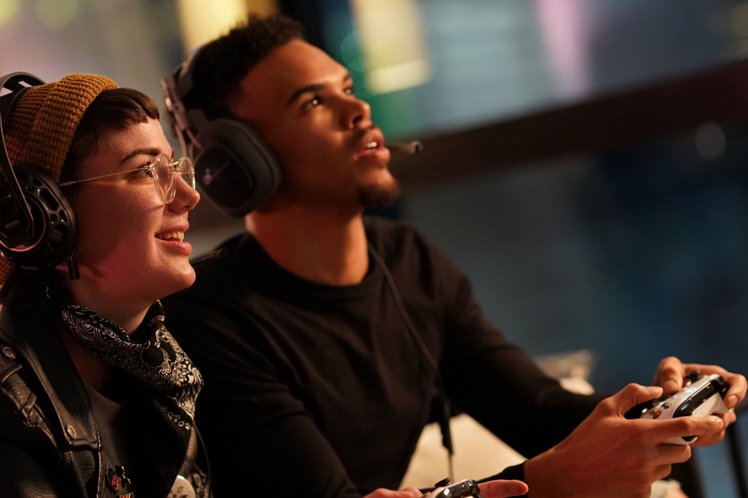 Dolby Atmos is the bleeding edge of home cinema technology when it comes to surround sound audio. We’ve covered what Atmos is and how it works before, but for gamers, things are getting more interesting now as it’s possible to get Dolby Atmos on both Xbox One and PC.

What does that mean for you? Well, a more enhanced and immersive gaming experience for a start.

What does Dolby Atmos mean for gaming?

Dolby Atmos allows sound to be projected precisely into a three-dimensional space, which means, in theory, you get a better experience when it comes to positional audio.

This is great for games where audio makes all the difference, like first-person shooters for example. Knowing where gunfire is coming from or being able to accurately estimate the position of your enemy based on the sound of their footsteps can mean the difference between life and death, winning and losing.

For other games, Dolby Atmos simply offers a more immersive and all-enveloping experience. You’re surrounded by sound and have a new-found sense of where in the game space sound is coming from. 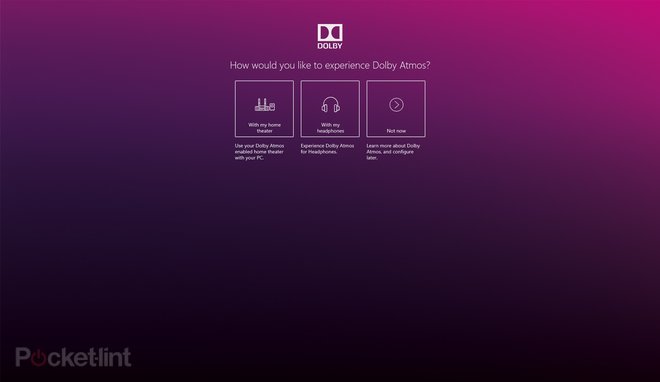 Dolby Atmos sounds great for gaming, doesn’t it? But you might be wondering what you need to get that experience in your home. Well, the good news is it might not be as complicated as you think.

There are essentially two different ways to run Atmos for gaming – that’s either via a Dolby Atmos capable A/V receiver and speakers or by headphones. The latter is far easier to set up and get into, but doesn’t offer the same level of experience as it’s entirely virtual so perhaps not for the audiophiles amongst us.

That’s not to say that Atmos over headphones or a good gaming headset isn’t good though.

For the best experience, Dolby Atmos support runs via the graphics card on a PC or via headphones and is encoded within graphics engine the game is built on. In other words, if the game developers include the encoding for the Dolby Atmos in the audio element of the soundtrack then you’ll get some seriously glorious surround sound.

You can get a taste of what’s possible with Dolby Atmos with this audio sample that shows how even headphones can create a fantastic spatial sound.

To get started download the Dolby Access app for Windows 10, there’s a free trial followed by a small annual fee to pay to get access to the ability to run Dolby Atmos through your headset or headphones.

The advantage here is you don’t even need a surround sound headset (in fact the app recommends you turn any surround sound functionality off). A good pair of stereo headphones or a standard gaming headset will do. That’s because Dolby Atmos is encoded into the games then the Dolby Access app applies the necessary technology to deliver the spatial audio and the Dolby Access experience. 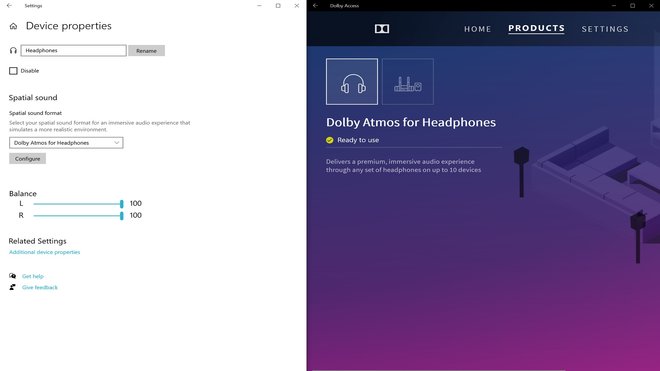 A combination of the Dolby Access app and Windows 10 with the latest updates allows you to open up sound settings for your device and apply spatial sound formats and virtual surround sound to your headphone audio. This is relatively straightforward as the app automatically turns on Dolby Atmos within Windows sound settings once you activate it.

Blizzard’s Overwatch was one of the first games to support Dolby Atmos over headphones and we’ve seen other capable games including Star Wars Battlefront and Battlefield 1 too.

We’ll cover the full list of compatible games below.

Microsoft started rolling out bitstream pass-through for Xbox One a while back, so that console is certainly capable of supporting Dolby Atmos for Blu-ray playback. The console is also now capable of playing games in Dolby Atmos and we’ve seen it in action and can attest that it’s certainly impressive.

If you have a capable A/V receiver and compatible games then you’re good to go. Otherwise, much like on PC, you can buy the Dolby Access app and enjoy Dolby Atmos over headphones.

What about mobile gaming?

There are a number of different mobile mobiles that have support for Dolby Atmos via their built-in speakers. Some modern phones also support variations of Dolby Atmos specifically for mobile gaming. You can usually find these settings under your phones sound settings. The list of phones that current support Dolby Atmos includes (but is not limited to):