The next feature update for Windows 10 is coming soon. Many Windows 10 administrators and users may be interested in the update, especially what it is going to change, introduce or remove from the Windows 10 operating system.

The faster update experience is reserved to devices running Windows 10 version 2004 and 20H2 only. Devices that are upgraded from earlier versions of Windows need to be run through the full feature update installation process.

While that is great when it comes to the installation of the update, it does mean that it won’t include many new features or major changes.

Microsoft describes the upcoming feature update in the following way:

Based on feedback and learnings during the past year of extensive remote work, learning and play, version 21H1 will be delivered with servicing technology (like that used for the monthly update process and how 20H2 was delivered). Windows 10, version 21H1 will have a scoped set of features improving security, remote access and quality.

The features we are releasing in this update are focused on the core experiences that customers have told us they’re relying on most right now. So, we optimized this release to support our customers’ most pressing needs. 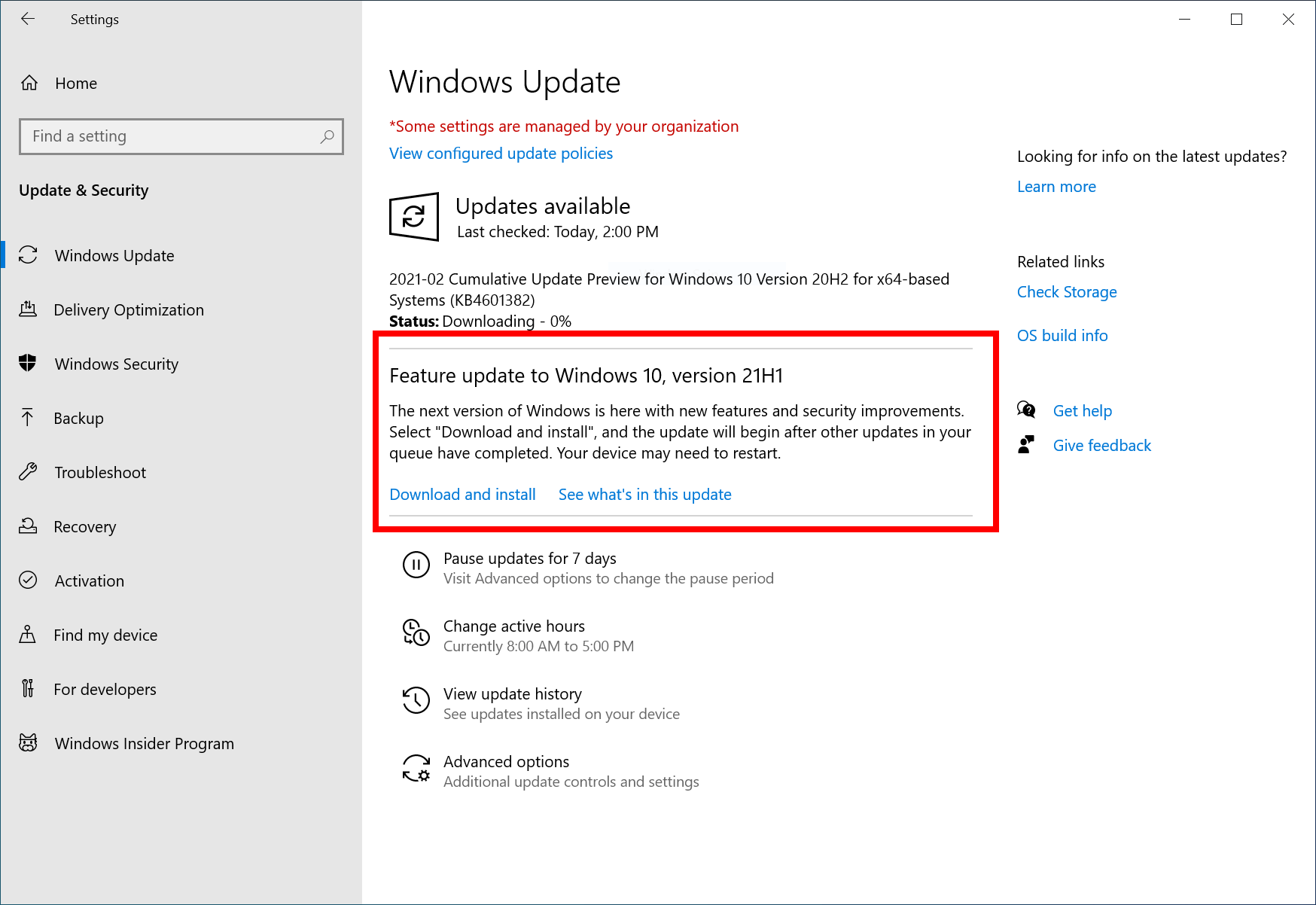 It is quite possible that other features may be introduced as part of the Windows Feature Experience Pack that Microsoft is working on. We will update this article if Microsoft confirms new feature additions.

Judging by Microsoft’s highlights, Windows 10 version 21H1 will have less of an appeal to home users, as it is bug fixes and corrections mostly that home users can expect from the release.

The post Don’t get too excited about the features of Windows 10 version 21H1 appeared first on gHacks Technology News.