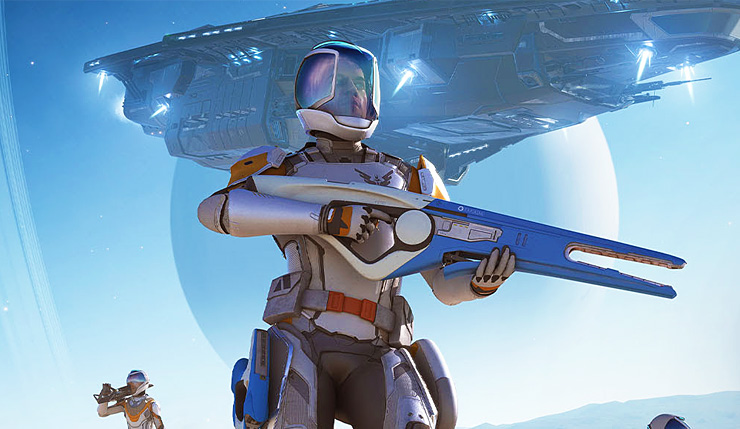 Gaming on PC and need some new, free games to get excited about? The Epic Games Store just answered your prayers.Right now, you can snap up both Elite Dangerous and The World Next Door for free on the platform.

True enough, they’re two very different games that offer varied types of adventure, but Elite Dangerous is a big, exciting game that you should be thrilled to pick up for free — it’s got plenty of ways to keep you occupied.

This open-world space flight simulator gives you plenty of freedom to roam the galaxy, and this version gives you the newly-released Horizons expansion. That means you get additional vehicles, planets to explore, new fighter ships, and plenty of other major additions to the game to explore. You certainly won’t run out of things to do once you get started.

At the other end of the spectrum is The World Next Door, which combines intriguing elements of storytelling with puzzle battles and visual novel elements. Rose City Games created this unique adventure that follows a teenager who finds herself stuck in a strange world inhabited by bizarre, magical creatures.

Both games are free right now until November 26, which gives you about a week to snap them up and enjoy just in time for Thanksgiving, which is about to happen in the US. On November 26, offroad driving sim MudRunner will be swapped in to replace those two games. This is typical of the Epic Games Store modus operandi, of course, so it’s worth checking out to see if you’ve stumbled on to two of your new favorite games, perhaps.

It’s always a good idea to keep checking back, as well. You never know when a new favorite might pop into view. Plus, it’s always good to have plenty of options. Keep grabbing free games like this, and eventually you’ll have covered every single base.

The post Elite Dangerous and The World Next Door are Free on Epic Games Store Now appeared first on Wccftech.