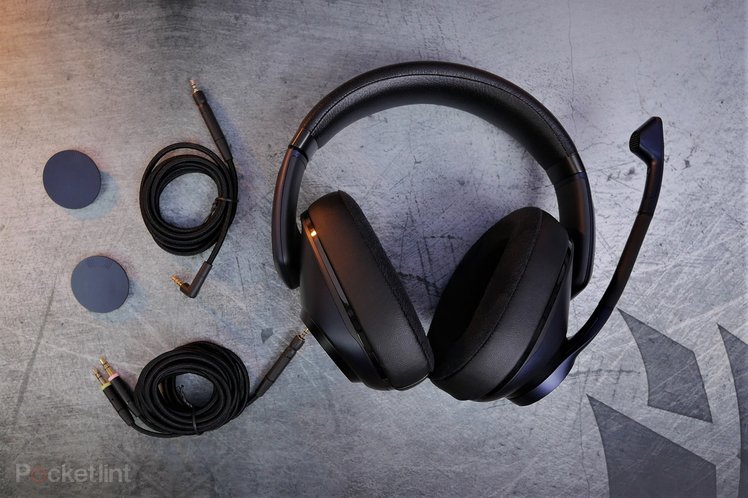 The Epos H6Pro is 3.5mm wired headset which comes in a choice of ‘Open’ or ‘Closed’ designs – the latter as reviewed here – in a variety of colours, delivering not only superb looks but great sound too.

As you might have gathered from the name, the H6Pro is part of a series of headsets from Epos – the umbrella company behind Sennheiser – that’s designed for the serious gamer seeking the competitive edge. But will it please demanding users?

The Epos H6Pro is immediately striking; it’s a classic Sennheiser-looking headset with a familiar look and obvious build quality that really speaks volumes as to what you’re getting for your money.

As a closed-back headset, the H6Pro boasts some nice deep earcups that are a mix of faux leather and superbly soft cloth material with plush memory foam cushioning. That mix offers up an acoustic seal that delivers passive noise-cancellation to deliver ultimate performance.Available in three colour versions – Racing Green, Ghost White, Sebring Black – it’s the black edition we’re testing here, although it’s oddly blue in colour. It’s rather understated: after all, there’s no RGB lighting in sight here, just some nice design accents that hint at the quality.

We found this blocks out external noise and sounds that might otherwise disturb your gaming pleasure. Everything from fan whirr to the whine of a partner or family member badgering you to do some chores. This has it’s upsides if you want to get lost in music or fully immersed in a game, but it also lead to us missing a few delivery driver ding-dongs and kids calling for help from the other side of the house.

A closed-back headset can also be quite a challenge to get used to if you’re not already familiar – as it means you hear a lot more of what’s going on in your own head than you normally would thanks to that seal.

A major upside of this design is the earcups. The H6Pro is designed to be lightweight enough to wear comfortably all day long. The earcups are also large and nicely ear-shaped, resulting in a great fit and enough depth to not put pressure on your ears from any direction.

Though the 42mm drivers on this headset aren’t the largest we’ve seen – the Audeze Mobius has 100mm drivers – they’re still able to deliver some seriously impressive sound. Loud and punchy, but in a pleasant rather than overbearing way. Sadly it’s not a Hi-Res Audio compatible, but we still found it a great headset for gaming, music and movies.

The Epos H6Pro comes with two different 3.5mm connections: a 2.5m splitter cable with two connections for mic and headphones that can be used on PC; and a shorter 1.4m cable for console. This means it essentially works with almost every gaming device around, as long as it uses a 3.5mm jack. 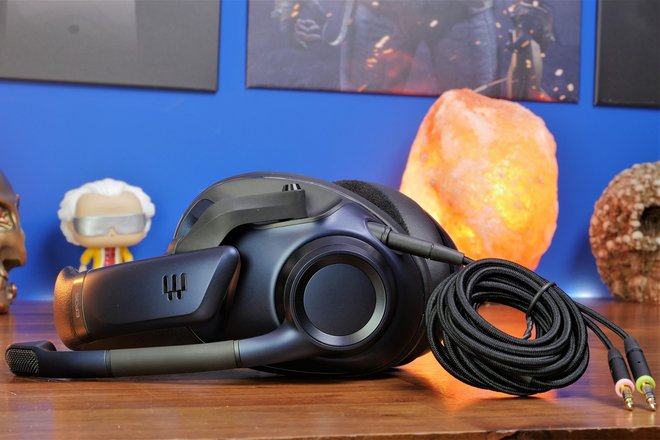 This has its upsides and downsides. Because there’s no USB connection there are no software drivers to worry about, but that means there’s also no virtual surround sound built-in (it’s a stereo headset only).

This modularity of cable options further extends to the overall design’s longevity: the earcups are detachable and replaceable; more interestingly is the ability to remove to microphone.

This headset sports a boom arm bidirectional mic that captures some fairly good quality audio, but sadly picks up a bit too much in the way of plosives and mouth wind. It’s a flip-to-mute mic, so easy to get out of the way when you don’t need it, and it’s easy to mute too.

Better still is the way you can also fully remove that mic. Included in the box is a cover that can be popped onto the headset in place of the mic. It’s easy to get on and off, so you can swap it out on a whim, but if you prefer it and have a dedicated microphone then you can use that instead.