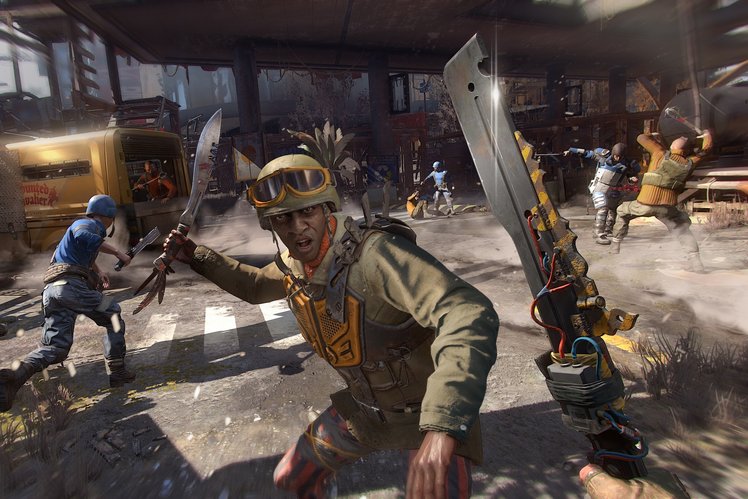 Dying Light was a breath of fresh air into the decayed lungs of the zombie game genre, bringing vibrant parkour and complex melee combat to the table in a tight open world, and attracting a small legion of dedicated fans almost immediately upon its release.

We know that a sequel is on the way, thankfully, although it’s been subject to a fair few delays and periods of silence, so you’re quite right to be curious as to when Dying Light 2 can actually be expected. Luckily, we’ve got all the key details right here for you.

Dying Light 2 was first shown off at E3 2018 with the above premiere trailer, and the game looked fairly well along at that stage, which gave rise to some false hope in retrospect. The next year, at E3 2019, an extended 24-minute gameplay demo went into way more depth, again making it seem like we might be playing it ourselves imminently (that trailer is embedded further down in this piece).

It’s 2021 now, though, and news has been a lot thinner on the ground in recent times. The original release window of Spring 2020 is a distant memory, and while developer Techland said in January that year that it would be delayed, we still haven’t got a new date or window to look forward to.

However, Techland did recently confirm that the game is still in development while quashing rumours that it was being bought out by Microsoft. That means we can still be confident it’s coming, although exactly when is a bit fuzzier.

I’m getting a lot of dm’s about Dying Light acquisition so I’ll answer here:
There was the same rumour floating around the internet one year ago and the situation didn’t change – Techland is an independent studio and it was not acquired by another publisher (:

At this point, we’d be surprised if it released earlier than late 2021, given the lack of new trailers or information, and 2022 is a real possibility. However, we’re hopeful that the next time we hear from Techland properly it’ll be with a release date in tow. 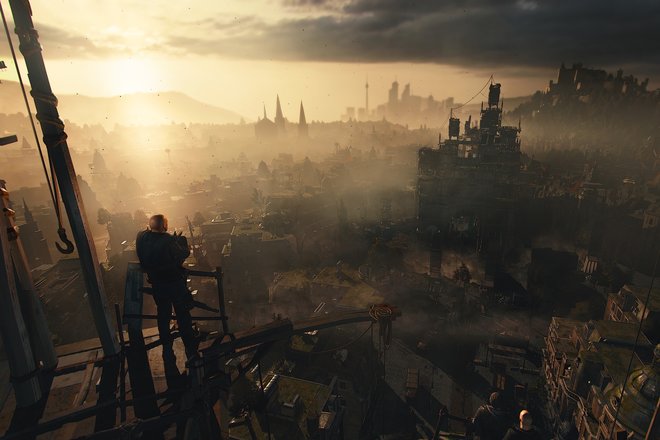 What platforms the game will release on is an area that the delays have actually helped us with, though. While Dying Light 2 was clearly initially planned to release for PS4, Xbox One and PC, the next-gen consoles are here and being bought in their millions now.

It’s therefore pretty guaranteed that the game will release on PS5 and Xbox Series X/S as well, while its development cycle means that it will probably still release for older consoles as well, making it a full cross-generation release alongside many others this year.

That means that if you have a new console, you lucky thing, you’ll have upgraded visuals to look forward to. Of course, if you’re playing on a monster gaming PC you’ll be smashing it regardless. 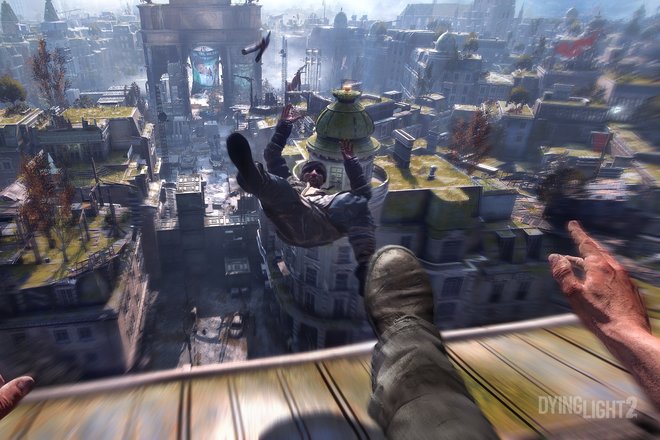 It looks like Dying Light 2 will follow some of the templates left by the first game in terms of how its story is structured, this time letting players take on the role of a character called Aiden Caldwell, after the first game’s hero stayed in the city of Harran to keep things stable.

It’s also set 15 years further down the line, with humanity entering a new dark age, robbed of so much of the technology it had taken for granted, which sounds cheery!

The new game will be set somewhere called simply The City, as far we know now, and it looks like a more European take on things, with large boulevards and monuments dotted around the place. Once again, players will have to strike deals with local fixers and survivors to increase their resources and help the area, although things might be a little more complicated this time around.

We’ve seen multiple slices of missions where player choices will have a direct impact on the world around them over time, handing power and resources to certain factions and therefore letting them take the upper hand in neighbourhoods. That looks like a really interesting dynamic which is sure to have a role in Dying Light 2’s overall story.

Techland has said the game map is four times the size of Dying Light, with seven regions to explore, so it sounds like there’s a lot of ground to cover and investigate as Caldwell searches for a mysterious item that could apparently change the course of history.

In gameplay terms, meanwhile, what we’ve seen of Dying Light 2 has made it look like a clear upgrade on its predecessor. The devs have already said, for one thing, that the number of parkour moves available to players has roughly doubled.

That means there are more ways to vault, jump, slide and swing around the city, whether it’s using the rooftops as your routes, swinging from hanging cables, or using carefully placed banners to break your falls.

Plus, of course, the melee combat system is expanding too. There are apparently 50 new combos to apply to weapons, alongside a whole range of new hardware to experiment with, from tomahawks to street signs. It looks as crunchy and powerful as ever, while stealth is also a key part of your arsenal, too.

One thing Techland didn’t show in its demo was The City at night, when the game’s zombies come out in force and things get properly threatening, so it’ll remain to be seen whether this ups the challenge from the first game.