Universal Control has been the one macOS Monterey feature that we have been most excited about ever since Apple first announced it in June 2021. Eight months later and Universal Control still hasn’t arrived on the Mac or iPad – but it looks like the wait won’t be much longer.

What is Universal Control Mac?

Universal Control is one of eight iOS 15 features that were missing at launch.

Once it arrives Universal Control will let you use the same keyboard and mouse for all the Macs and iPads you are working on. All you have to do to switch devices is move the pointer until it crosses the edge of the screen. The new feature also makes it extremely easy to copy content between devices using drag-and-drop.

Universal Control builds on the Continuity features Apple added years ago that made it easy to move from one device to another seamlessly. Then with Catalina in 2019 came Sidecar, which made it easy to use an iPad as an additional screen for your Mac. Read: How to use an iPad as a second screen with a Mac. But Universal Control goes a step further than Sidecar did: rather than turning your iPad display into a secondary Mac display, Universal Control will maintain the iPadOS on the iPad, so you can interface between the two devices, rather than use the iPad (or second Mac) as an extension of the first Mac.

Universal Control arrived in the first beta of macOS 12.3 on 27 January 2022. Apple has said that Universal Control will launch in the spring, so all being well it will be ready to launch when macOS 12.3 is – which we expect will happen in March or April.

Universal Control won’t work with every Mac or iPad. If you want to operate multiple Macs and iPads with one keyboard, mouse and trackpad you’ll need a recent Mac and a recent iPad, both devices will need to be logged into the same Apple ID, you will also need two-factor authentication, and you will need to be running macOS 12.3 or iPadOS 15.4 (once they launch).

Your devices need to be within 10 meters of each other and on the same WiFi network. 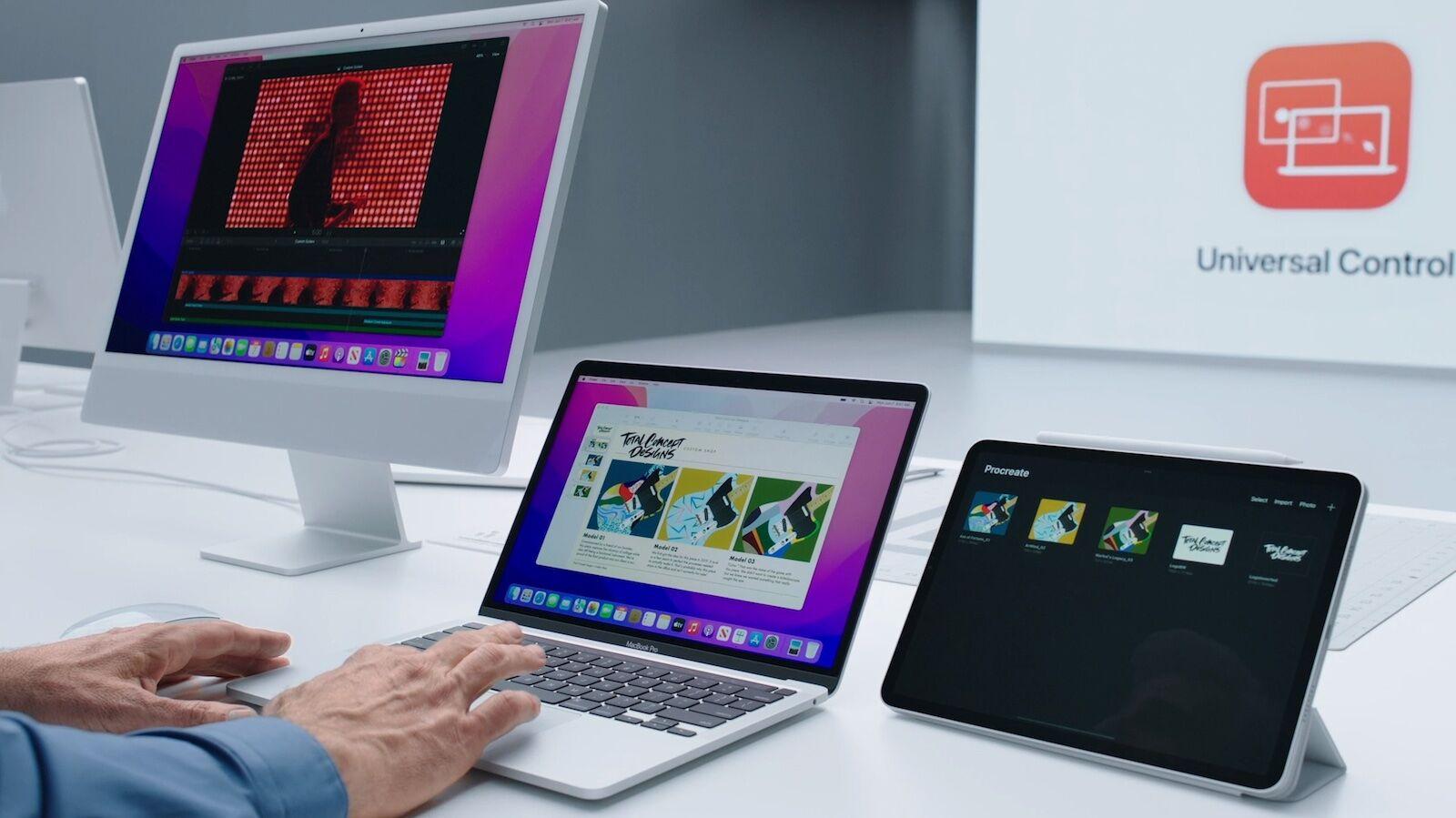 This means that if your Mac is from 2015 or earlier it’s not a feature you will be able to enjoy (unless you have a 27in iMac from that era).

Universal Control will work with some recent Intel Macs.

Does universal control work with iPhone?

Universal Control only connects the Mac and iPad, not the iPhone. The iPhone isn’t really suitable for use as an additional screen in this sort of set up.

How many devices can you link with Universal Control

Up to three devices can be linked this way.

How to use Universal Control

To turn on Universal Control on your Mac (in macOS 12.3) you can either go to System Preferences > Displays.

Or you can go to System Preferences > General > AirPlay & Handoff > Cursor & Keyboard.

You will need to place the iPad and Mac in close proximity (although the range is apparently 10 meters – the range of Bluetooth).

Now when you get the the edge of the screen of one device your mouse will switch to the other screen and you will be able to type with your keyboard on the secondary device.