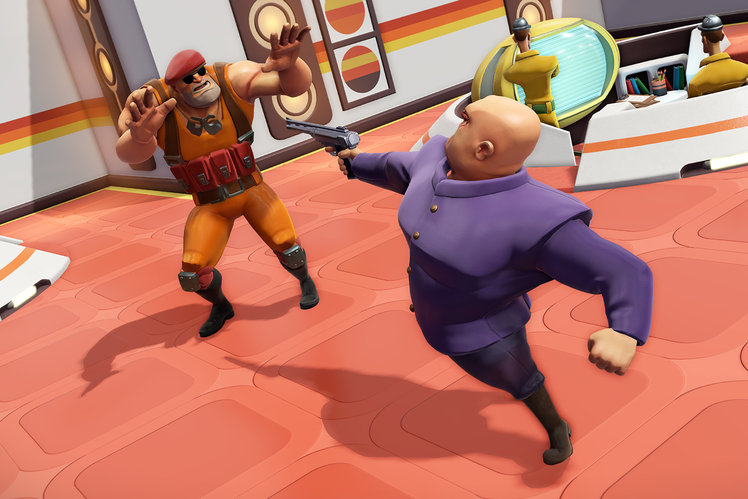 When the original Evil Genius was released for PC, it brought a breath of fresh air to the real-time strategy/base building genre. Putting you in the shoes of a Bond-style villain was, well, genius.

There are few things better than planning and building your own evil lair, and we’ve often returned to the sim ever since.

Now, more than 16 years later, Rebellion has followed it up with a sequel that retains everything that was great and good about the first outing, but brings it kicking and screaming into the 20s.

We’ve had a chance to play through the tutorial that starts Evil Genius 2: World Domination to give you our initial thoughts.

Like the original, Evil Genius 2 puts you in the shoes of a megalomaniac with a penchant for world domination and his own evil lair. This time though, the base is on a tropical island and hidden behind a casino, at least in the tutorial campaign we’ve played so far.

There are four evil geniuses in the game in total, each with their own full campaign and story – Max, Ivan, Emma and Zalika. There are also three islands to play on and a host of different types of henchmen and minions to help you in your quest. 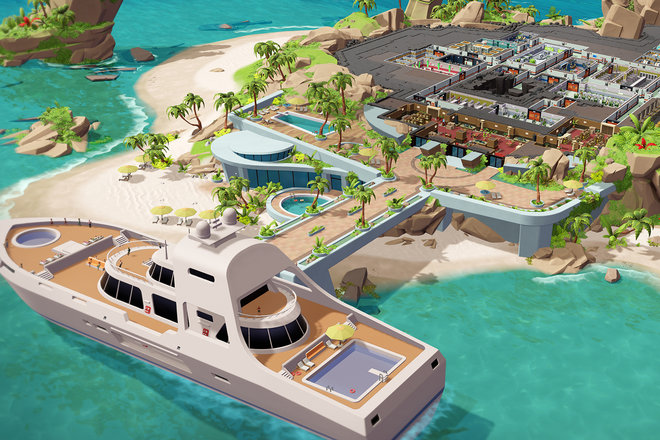 Each villain also gets his or her own unique doomsday device to develop throughout the story, and super agents that will visit to halt your evil plans.

We played as Max in the tutorial and opening of the campaign, who is perhaps the most known of the geniuses being as he was also on the cover of the first game. However, the main star we’ve encountered so far is the lair itself.

Like all great base builders, the most important thing to get right initially is constructing your lair. It’s incredibly simple to get to grips with in Evil Genius 2 and feels familiar, even if you haven’t played the original.

You draw a grid on an available zone, make sure you include a door frame and your minions will do the rest. Depending on the room, you will be offered different furniture or gadgets to install. 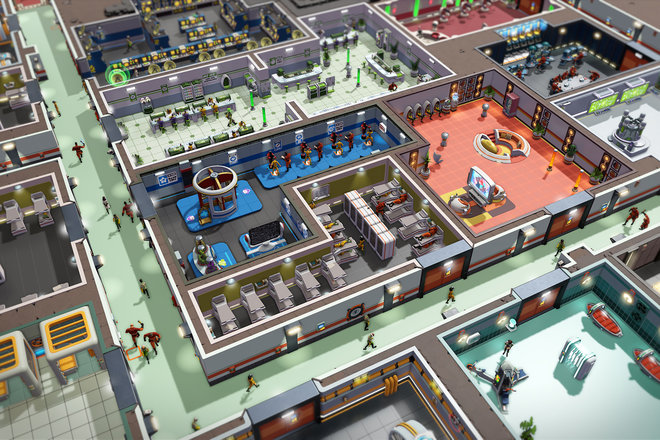 You also have to take into account where spies might enter, as they will attempt to undo all your good work, but we didn’t get that far in our relatively brief play – we’ll have to update you more when we get to review the game in full closer to its end of March release date.

Some of the more specialist rooms enable you to create more specialist minions, while others help you take on the numerous important objectives and side missions you’ll encounter in the campaign.

One hugely impressive aspect this time around is that your lair can be massive and complex, not only stretching over a large area but also multiple levels. Even after the first half-an-hour or so, you’ll have numerous rooms built and the plan will start to look busy and intricate. It also looks great both close-up and from a distance/above, not least thanks to sticking to the 1960’s graphical style of Evil Genius 1.

We have to admit, we need a lot more play time with EG2 to get more of a feel for global operations (objectives outside of your base) and the nuances of different henchmen, but we can safely say that Rebellion has got it spot on when it comes to the aesthetics. 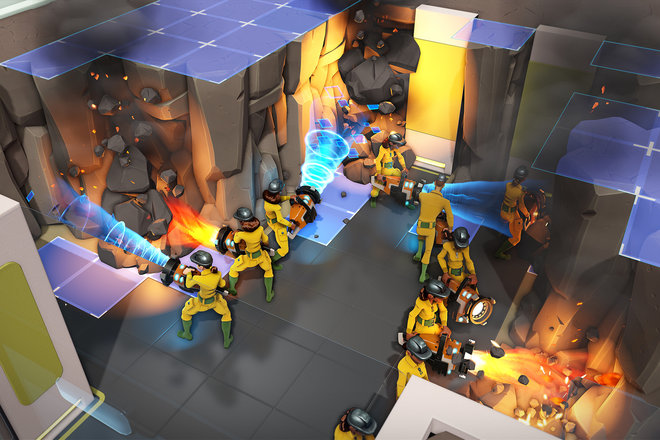 Evil Genius 2 is stunning looking. We played the preview build on an Asus ROG Zephyrus S GX531, running an Nvidia RTX 2080 and it ran like butter – as smooth and silky as you like. Of course, this genre of game isn’t known to be graphically demanding, but the animation of each individual minion, when you zoom in close, is great. Plus, when you have plenty of rooms built and hundreds of employees whizzing around, you will be pleased at the level of detail on offer.

The game has a keen sense of character, with great comedy elements and subtle moments. Certainly, we spent a large amount of time just observing what was going on in the background and look forward to doing so more when the final release version is available.