For the past few years, Motorola has focused on making affordable smartphones in the Moto E, Moto G, and Motorola One lines with budget or mid-range specifications. Following its recent success, however, Motorola is once again looking to compete in the premium smartphone tier. The brand recently released the Motorola razr, its first foldable smartphone, and is now preparing to launch the Motorola Edge+, a flagship smartphone with a curved “waterfall” display. Renowned tech leaker OnLeaks recently gave us our first look at the flagship Edge+, but last month, we obtained images of its upper mid-range sibling. Now, we have obtained even more images of this device, which could be called the Motorola Edge. Thanks to our trusted source, we also have most of the key specifications to share.

Note: In order to protect the identity of our source, each image in this article has been edited to remove the background around the phone. In one image, we cropped out our source’s fingers, while in others, we blurred some parts of the screen.

In the images we published last month, the curvature of the display wasn’t that clear. That’s because we only had images angled from the front. This time, our source has shared photos of the Motorola Edge taken from multiple angles that clearly show that the device has what many call a “waterfall” display. As I previously noted, Motorola left room for a physical power button and volume rocker, which is a different design approach from Huawei and Vivo but similar to what OPPO has done with the Find X2 Pro. A company called Sentons recently announced a partnership with Foxconn to facilitate the creation of virtual buttons, but that doesn’t look to be in use here. Opinions are divided on “waterfall” displays, so we’ll see if this trend survives once more smartphones with “waterfall” displays arrive this year.

The Motorola Edge will have a 3.5mm headphone jack, as shown in the image above. Our source revealed that the device will support expandable storage via a microSD card slot, too. The audio jack and microSD card slot are two features that are increasingly disappearing on upper mid-range and flagship smartphones, so I’m sure that some will appreciate Motorola’s decision to retain both features in the Edge.

The three cameras are arranged vertically to the top left side on the rear. Next to the triple cameras, you’ll find the phone’s laser auto-focus and dual LED flash. 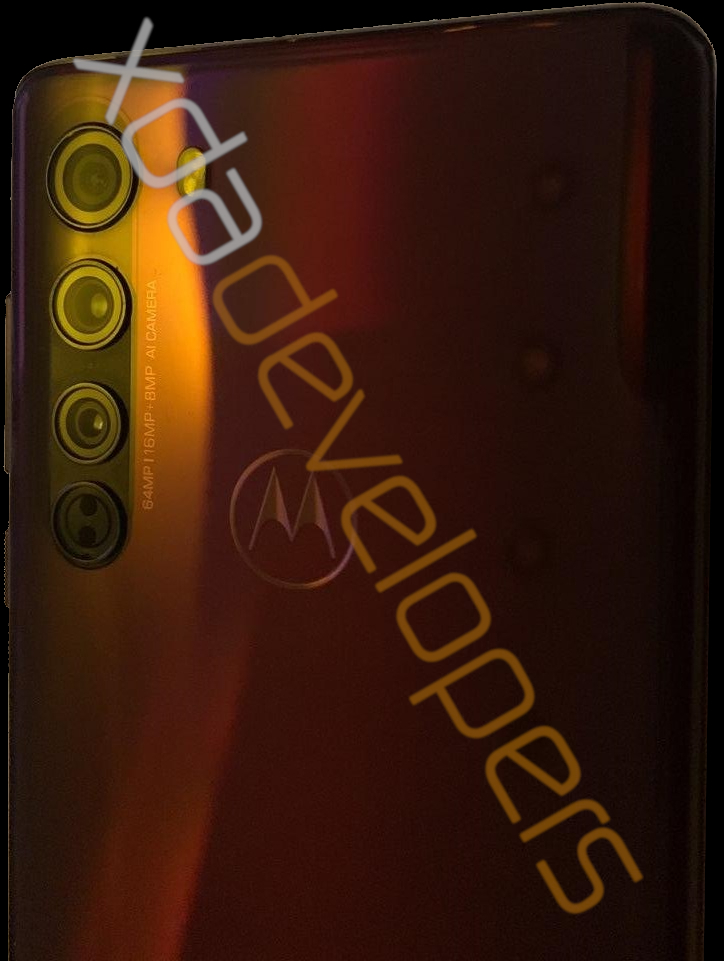 Motorola’s logo is emblazoned on the rear, though it’s flat unlike most budget Motorola phones because the Motorola Edge doesn’t have a rear-mounted capacitive fingerprint scanner. Instead, the phone has an optical under-display fingerprint scanner. The color can be described as sanguineous, a deep red color. There will likely be other colors, however. 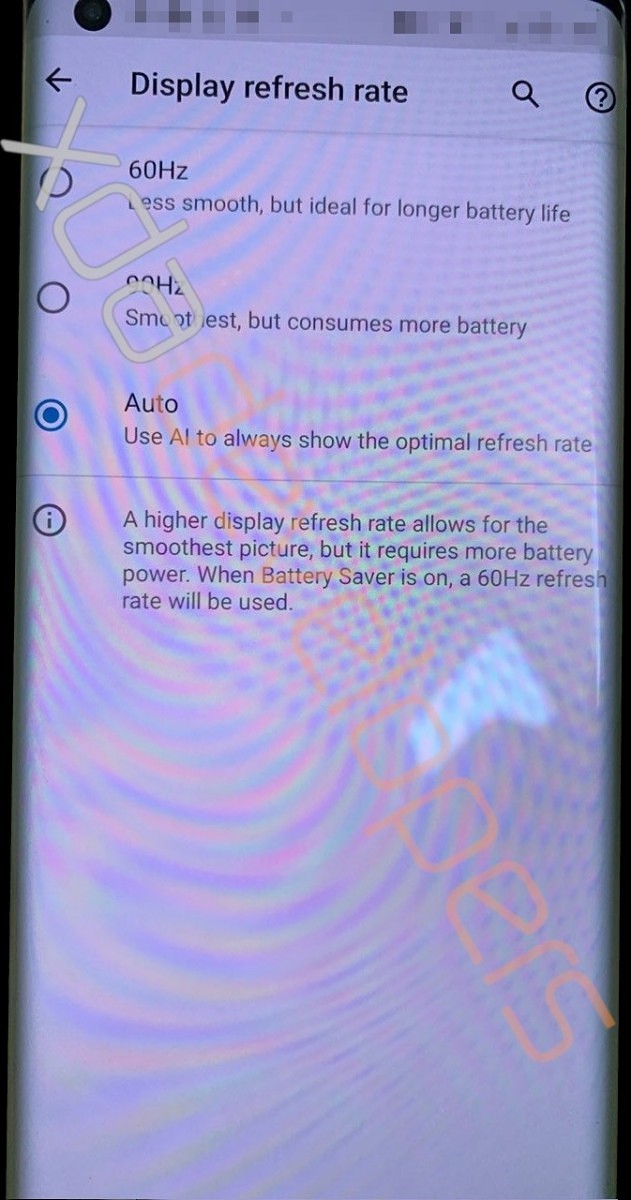 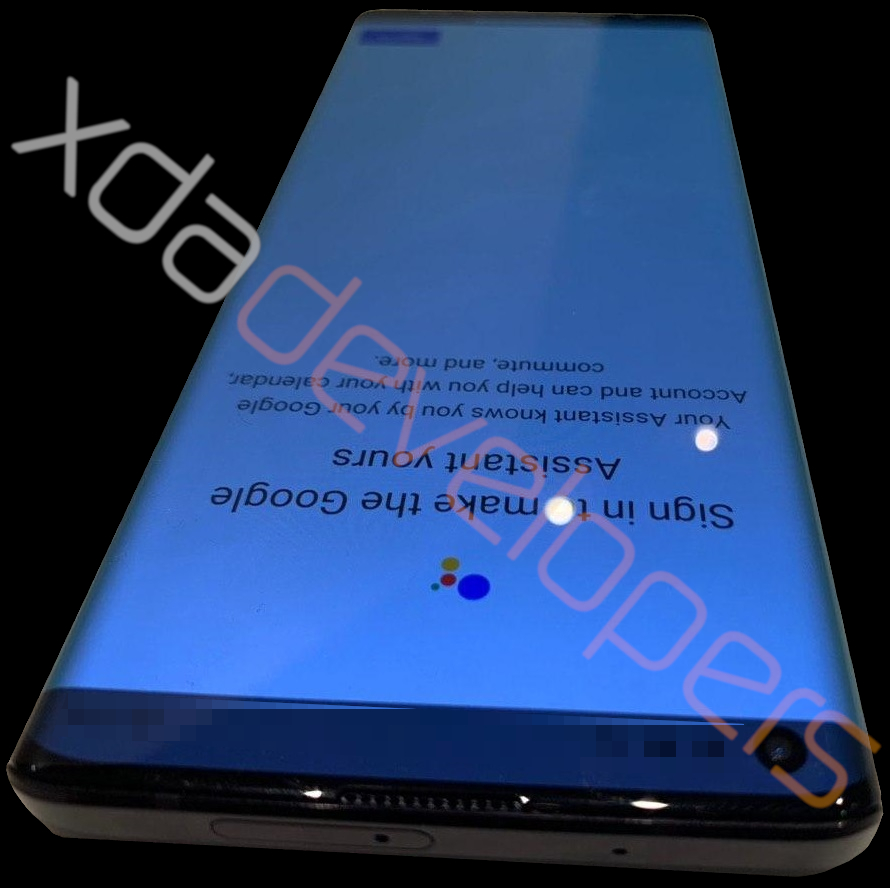 In the top bezel of the phone, we can see a speaker. There’s also a speaker on the bottom, meaning the Motorola Edge has dual speakers for stereo sound. The SIM card tray is also at the top, and according to our source, this tray accepts a microSD card and nanoSIM card or dual nanoSIM cards.

From other images that our source shared with us, we can confirm that the Motorola Edge is powered by the Qualcomm Snapdragon 765 SoC, has 6GB of RAM, 128GB of internal storage, a 4,500mAh battery, and an under-display fingerprint scanner. Our source states the device does not support wireless charging, but they could not confirm the speed of the wired charging. Our source could not confirm if the phone supports 5G connectivity, though we should note that the SoC’s integrated Snapdragon X52 modem supports 5G.

The Motorola Edge branding has not been previously revealed, though the flagship Motorola Edge+ has been in the rumors since Evan Blass first revealed the name in late January. The Motorola Edge name makes perfect sense given that this device shares heavy design similarity with the Motorola Edge+. We heard murmurs that the Edge and Edge+ could be called the Motorola One 2020 series, but it seems that these names were only used internally and won’t be the real marketing names.

Motorola’s flagship Edge+ is expected to feature improvements over the Edge in the processor (Snapdragon 765 –> Snapdragon 865), RAM (6GB –> 8 or 12GB), camera (64MP main –> 108MP main), and battery (4500mAh –> 5000mAh). However, our source was unable to share more details or images of the Motorola Edge+ at this time. We know that Verizon will carry the Motorola Edge+, but we don’t know the market availability of the Edge. We also don’t know the pricing or all the different SKUs. We originally expected Motorola to unveil the Edge at MWC 2020, but since that event was canceled, we’re expecting the device to launch sometime later this year. I don’t think we’ll have to wait long to find out.

The post Exclusive: This is the Motorola Edge with a curved “waterfall” display, Snapdragon 765, 64MP camera, and headphone jack appeared first on xda-developers.