Samsung faces a lot of criticism for not including the flagship Snapdragon processor in all its premium smartphones. This is primarily because Samsung’s own Exynos chipset doesn’t match the performance of the flagship Snapdragon processor. But with Exynos 2100, which will power the Galaxy S21, Samsung seems to be ready to turn the table on Qualcomm. 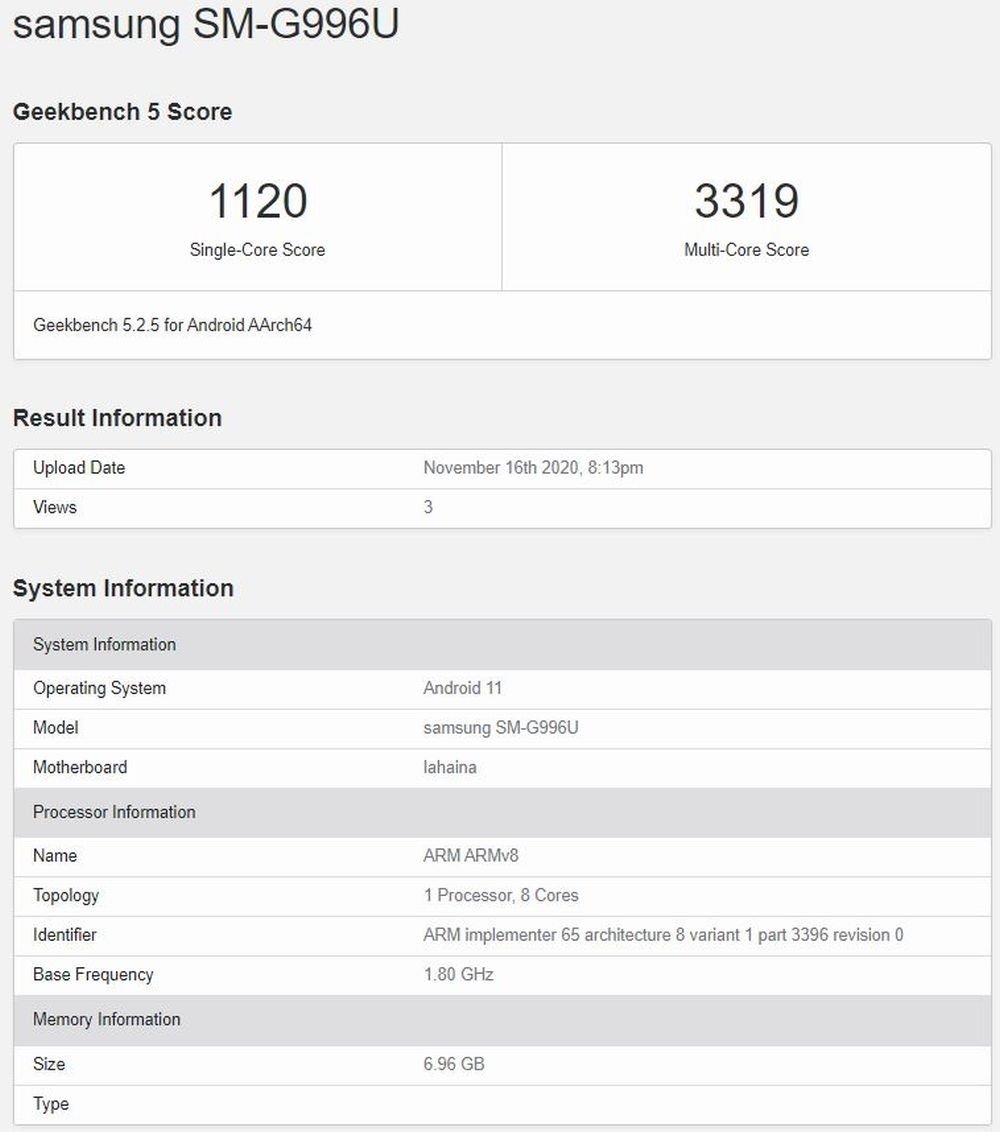 Both Exynos 2100 and Snapdragon 875 have identical CPU architecture but the prime X1 core managed to reach 2.91 GHz in the Exynos 2100, while in the case of SD875, it’s staying at 2.84 GHz. The trio of Cortex-A78 units will differ even more significantly – 2.81 GHz vs 2.42 GHz. The difference is more if you compare the A78 cores and the A55 cores of these two chipsets. You can see the comparison below.

Leading smarpthone manufacturers like Vivo, Oppo, Xiaomi are said to be adopting the Exynos chipset next year, though details about which Exynos processor these companies will pick are still unknown. The fact that we’re finally going to see smartphone manufacturers other than Samsung adopting the Exynos is a good reason to believe that Samsung has made its chips capable of going to head with Qualcomm’s.

Last year, Samsung ditched the custom CPU cores to adopt the standard ARM designs, which is exactly what Qualcomm does. Tech experts hold the view that this is one of the reasons why Samsung’s Exynos 2100 is finally cable of competing with the Snapdragon 875.

Meanwhile, Samsung is all set to launch the Galaxy S21 series on January 14. How many of you’re excited about the Exynos 2100-powered Galaxy S21? Let’s know in the comments below.