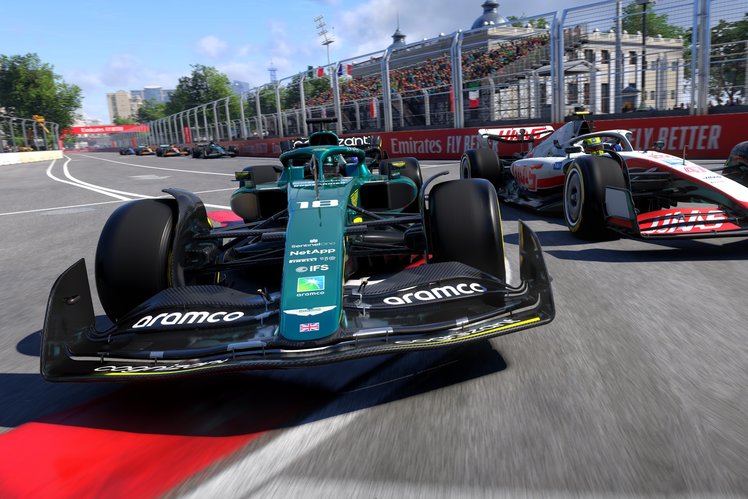 There’s been plenty of change in Formula One this year, with new technical regulations leading to nicer-looking cars that can race more closely with each other.

And while there’s been plenty of hubbub centring around the unforeseen problem with ‘porpoising’ – aerodynamic stall-induced bouncing – the transition between each iteration of the sport’s gaming series is often much smoother.

F1 22 – this year’s officially licensed Formula One game, which has been developed by Codemasters and published by EA Sports – will no doubt be aiming to build on the success of last year’s title.

So, what’s been introduced this time around? And is this an essential pickup for F1 fans?

We’ve been in the cockpit testing in order to find out.

Out with the old

Codemasters has had to put in some unseen under-the-bonnet work with this year’s game. Due to this year’s F1 cars using larger (and heavier) wheels and lower-profile tyres, the developer had to create an entirely new tyre model, which is a key aspect of any driving game.

The good news is that Codemasters appears to have made light of that particular major undertaking; F1 22’s cars feel exactly how you would expect them to. Although noticeably heavier than last year’s cars, they boast more mechanical grip and don’t start understeering wildly when you enter the slipstream of a car in front. 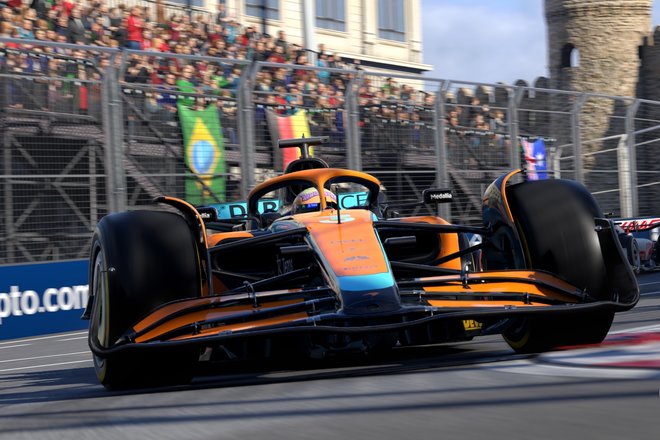 Codemasters, as is its wont, has made a raft of tweaks and minor improvements to this year’s game, but there is one glaring omission – there’s no equivalent to Braking Point, the story mode that featured in last year’s game.

Codemasters explained that it takes two years to make a proper story mode, so we can expect one to return next year. And fun though Braking Point was, you don’t really miss it. F1 22’s Career Mode gives you the choice of starting in the F2 feeder series, or as a Formula One driver joining the team of your choice (with expectations adjusted according to that team’s status).

In addition, the My Team mode, which adds an element of team management by letting you take on the dual roles of team owner and driver, has been cleverly refined by letting you choose between three entry points. You can be a Newcomer, in which you build up a team from scratch, a Challenger, in which you take over a team established in the midfield, and the self-explanatory Front Runner.

With Career Mode charting up to ten seasons, plus myriad Challenges and Time Trials, there’s a huge amount of meat to F1 22, even without a story mode.

One addition to the game may prove somewhat controversial, at least among older, seasoned Formula One fans. A new mode – F1 Life – is supposed to give you a vicarious taste of the ridiculously bling lifestyle that any self-respecting F1 driver should enjoy.

It gives you a flash apartment, in which you can house an ever-growing collection of supercars, and you can kit out your apartment with furniture and knick-knacks, accessorise your driver avatar with virtual clothes, caps, sunglasses and the like made by real brands.

F1 Life also operates as a lobby for F1 22’s online side, which gives it a modicum of justification, but it feels exactly like the sort of cynical exercise in generating extra revenue streams that many predicted would result from Electronic Arts’ 2021 purchase of Codemasters.

At least it doesn’t go so far as to introduce loot boxes containing random items. All of F1 Life’s cosmetic objects can be purchased using the amusingly-named virtual currency, Pitcoin, and a certain amount of these rewards are provided through regular play.

For purist racing enthusiasts, we expect this will leave a slightly unpleasant taste, and parents now need to be aware that F1 22 is another game in which spending real money is an option.

It’s easy enough to ignore F1 Life, anyway, and beyond it, F1 22 is nigh-impossible to actually fault. All this year’s circuits are present and correct – the 2022 track reconfigurations at Spain, Australia and Abu Dhabi have been faithfully recreated, as has the new Miami track.

Codemasters has also bent over backwards to accommodate those with less conspicuous driving skills, with a new AI mode being introduced that essentially induces the drivers you’re racing to perform just like you. The usual array of driver aids is present, too, and, if you turn them off, the resulting experience is impressively akin to that of a fully rigorous simulation.

In Career Mode, the crucial testing programmes that earn you points (to be used to upgrade your car over a season) have been subtly but usefully revamped, as well.

There are now different programmes presented in free practice sessions and, in the case of the fuel-management programme, a new Augmented Reality-style graphic shows how frugal you’re being throughout the course of each lap. Codemasters has also improved the segments in each race weekend, stitching together the bursts of action and conforming impressively closely to Sky’s coverage, adding an extra layer of realism.

F1 22 is also the first iteration of the game to support VR for extra immersion (thankfully, the game hasn’t replicated the cars’ porpoising, which would have likely been a recipe for motion sickness). And online, it has an element of cross-platform play – Xbox One and Series X owners can play against each other, as can PS4 and PS5 owners, and Codemasters is confident that full cross-play will hit the game at some point via an update.