We all know that the social media giant Facebook is working towards connecting all its apps together with the aim to deliver a seamless user experience. The social media platform has already released some features previously that integrate WhatsApp, Instagram and Facebook with one another. A new leak now shows another example of integration between the two biggest social media platforms – Facebook and WhatsApp. Let’s take a look.

The leakster provides us with the first look at the Messenger – WhatsApp integration. Take a look. 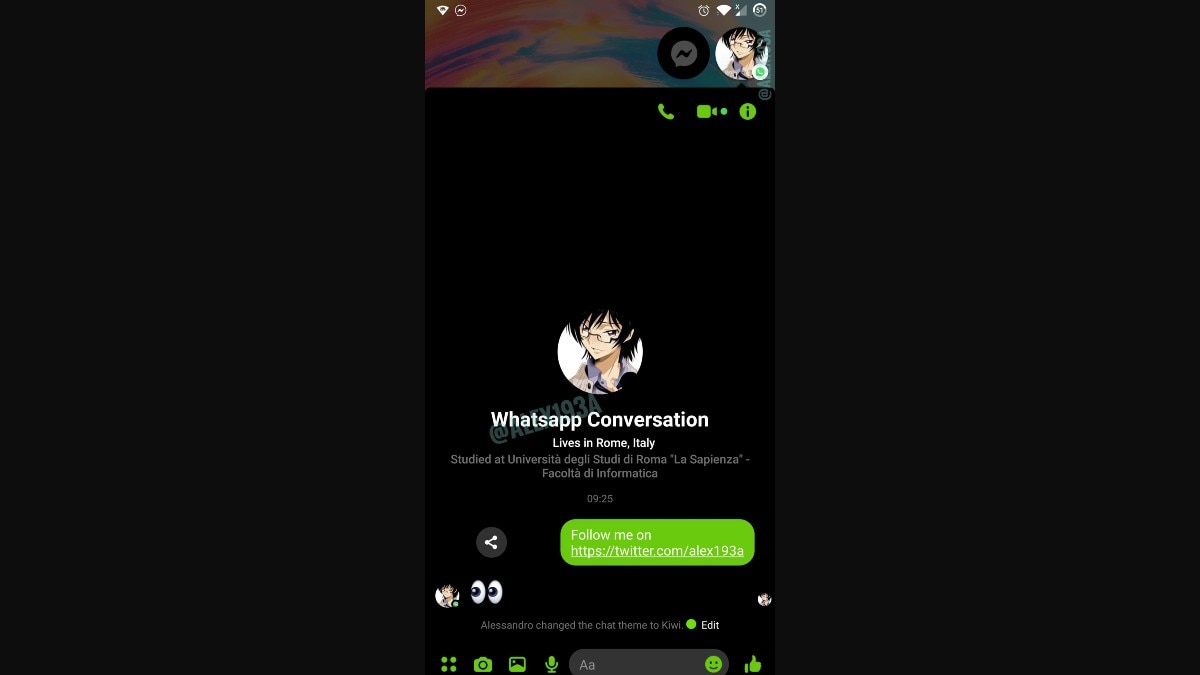 The screenshot of the feature clearly shows a Facebook Messenger user chatting with WhatsApp user on the platform. The chat interface looks more like Facebook with a WhatsApp chat bubble. To further clarify, the leak has revealed that a user who has Messenger but not WhatsApp will still be able to chat with users of the latter.

Well, this isn’t for the first time that we are hearing about this feature. To recall, back in July 2020, another report revealed details related to the integration.

While rumours and leaks suggest that the feature is in the works, there are no clear information on the release of the feature. The messaging platform hasn’t revealed any details related to the introduction of the feature.

WhatsApp is currently said to be working on several other features including multi-device support, chat transfer from Android to iPhone, animated stickers and much more. Currently, the messaging platform is urging its users to accept the updated privacy policy to be able to WhatsApp after May 15.