Last year, Facebook unveiled an updated design or its web version at the developer conference. The new Facebook interface was available for selected users to try out soon after. Later, Facebook updated the Android and iOS apps with the same design, incorporating the longer stories view. Whether you like or hate the new design on the web version, Facebook is rolling out that design universally in September.

In a recent report from Engadget, it was discovered that the updated design for Facebook will be rolled out for all users. That means the old design with the blue top bar will vanish in favour of the minimalist design with big buttons. The new UI is in line with the design you see in the iOS and Android apps. The focus will be more on the content and easy access to contacts. Most importantly, the interface is simplified.

Ever since its unveiling last year, Facebook allowed users to try out the new UI in a public beta form. If someone wanted to go back to the older design, there was a quick option to switch back to the classic UI. However, that option may not be available from September and all users will be transferred to the new UI design. The new design move is reflected in Facebook’s Help Center.

While the company and several guides on the web explain how to make the switch, we couldn’t find the option to upgrade to the new design. The availability of the new UI is probably limited and you may not get the ability to switch. That said, it is only a matter of a few days before Facebook universally updates the design for its web client.

Facebook is currently unifying Instagram and Messenger on iOS and Android platforms. Instagram users will now be able to chat with your contacts with the Messenger integration. The app window will also get an updated colourful interface. Users can swipe on a message to reply to it similar to WhatsApp. 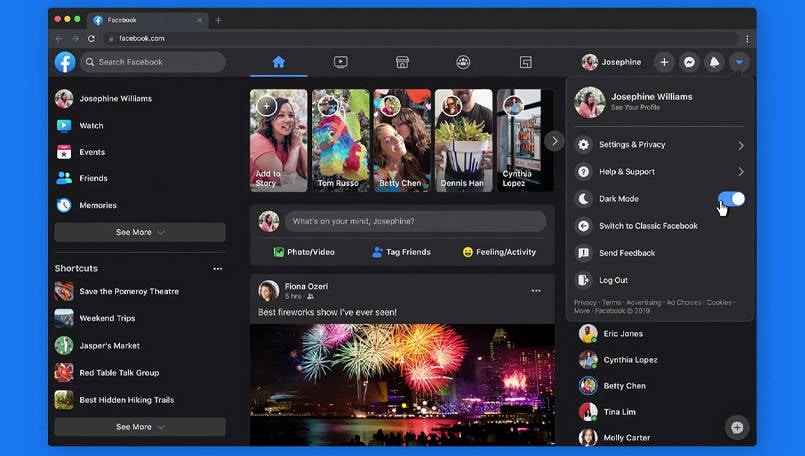 Additionally, Facebook is now testing a Short Video feature similar to TikTok. Instagram already rolled out Reels recently and Facebook is testing a similar feature on its main app. The feature has a dedicated section within the news feed. It puts the video front and centre, with a ‘Create’ button up top and engagement actions at the bottom. The next video is revealed via swiping up. Users can also add music to the recorded clip as well as pause and resume recordings.