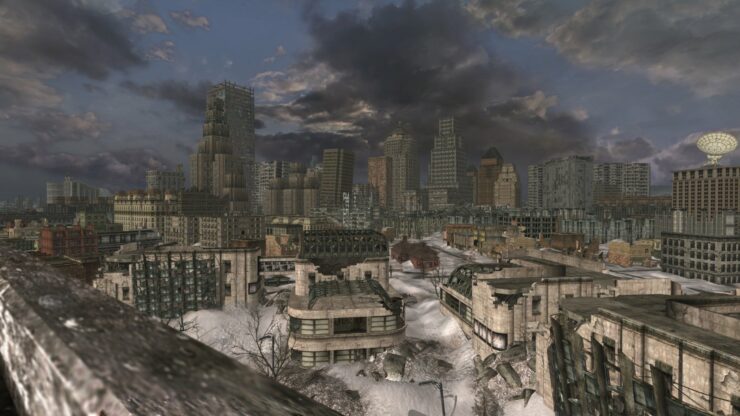 The Fallout New Vegas total conversion mod The Frontier has been pulled, and development has been halted for the time being.

According to a new post on the mod’s Nexus Mods page, The Frontier has been pulled following some concerning news regarding a member of the development team. Additional details on the situation will be provided soon.

Some deeply concerning news has emerged in the past few hours. We have been recently notified that one of our developers, ZuTheSkunk, had posted animated pedophillic content on their personal artist accounts. The items in question are deeply disturbing to the entire team, and we condemn them in the strongest sense. ZuTheSkunk has since been removed from the Development Team and banned off of our Community Discord. We will be conducting dialogue with members of the development team to hear their thoughts regarding the current situation and help make our decision more informed. We have stopped production and work on the mod to address the current events properly. More measures will be undertaken and a more detailed address will be posted soon.

The Fallout The Frontier mod introduces a new map of Portland Oregon, new gameplay mechanics, fully voiced experience, and more. As the mod’s quality is quite high, let us hope the team manages to address all the current issues and make it available for download again.

The Frontier is an open world, similar in size to the DC wasteland, featuring a fully snowy Portland Oregon, with real life landmarks and locations.

Fight against new varieties and styles of enemies! Featuring a robust new vehicle system, dozens of interesting creatures, over 150 new weapons and hundreds of new armours, there’s a whole world of exploration.

Fallout New Vegas The Frontier mod brings you world class FX and experiences, with techniques that are used in modern VFX. Our FX are designed to be as performance friendly as possible, whilst blowing the gates open in terms of quality and “awesome-ness”

The Frontier is a fully voiced experience, with over 24,000 lines of voiced dialogue, all provided by our talented voice acting cast and a few celebrity guests! We’ve aimed for as high a quality experience as we can in terms of voice acting.

Voice Acting done with the help of Creators Network and Casting Call Club.

Featuring 3 major questlines following the NCR, the Legion and the Crusaders of Steel. Dozens of new side quests of varying length and complexity, with an incredible amount of worldbuilding to help bring the experience together.

Fallout: The Frontier requires the base game and the four official DLCs.

The post Fallout New Vegas The Frontier Mod Has Been Pulled appeared first on Wccftech.