Firefox 90.0 is the latest stable version of the Firefox web browser. It will be released later today and most Firefox installations will pick up the update automatically.

All other Firefox channels are updated around the same time. Firefox Beta and Developer editions are upgraded to Firefox 91, Firefox Nightly to Firefox 92, and Firefox ESR to 78.12.

Check out the Firefox 89 release overview in case you missed it. 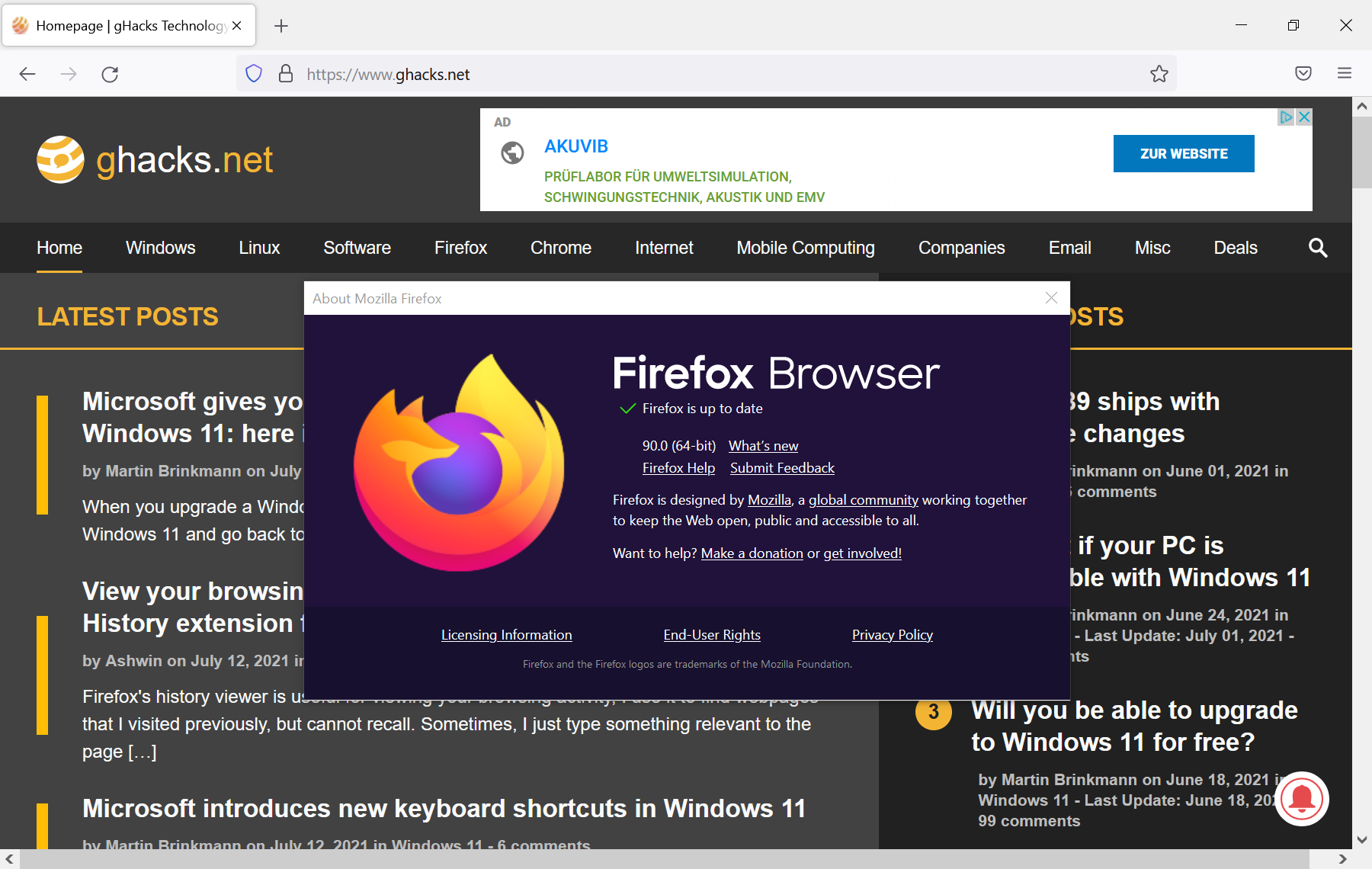 Firefox 90 will be installed automatically on most devices, just like previous versions of Firefox have been. You may speed up the process by either downloading Firefox 90 manual and installing it, or by running a manual check for updates in Firefox by selecting Menu > Help > About Firefox.

Firefox on Windows may download and install updates in the background on Windows starting with version 90, even if Firefox is not running. It is designed to improve the overall updating process. Chromium browsers use similar techniques when it comes to updating.

The new feature applies to stable versions of Firefox only, not to Firefox ESR.

A policy is available to block the new updating behavior. Windows administrators may disable the task in the Task Scheduler as well to block these updates.

Check out Mozilla is working on Firefox background updates on Windows for additional information on the task and policy. 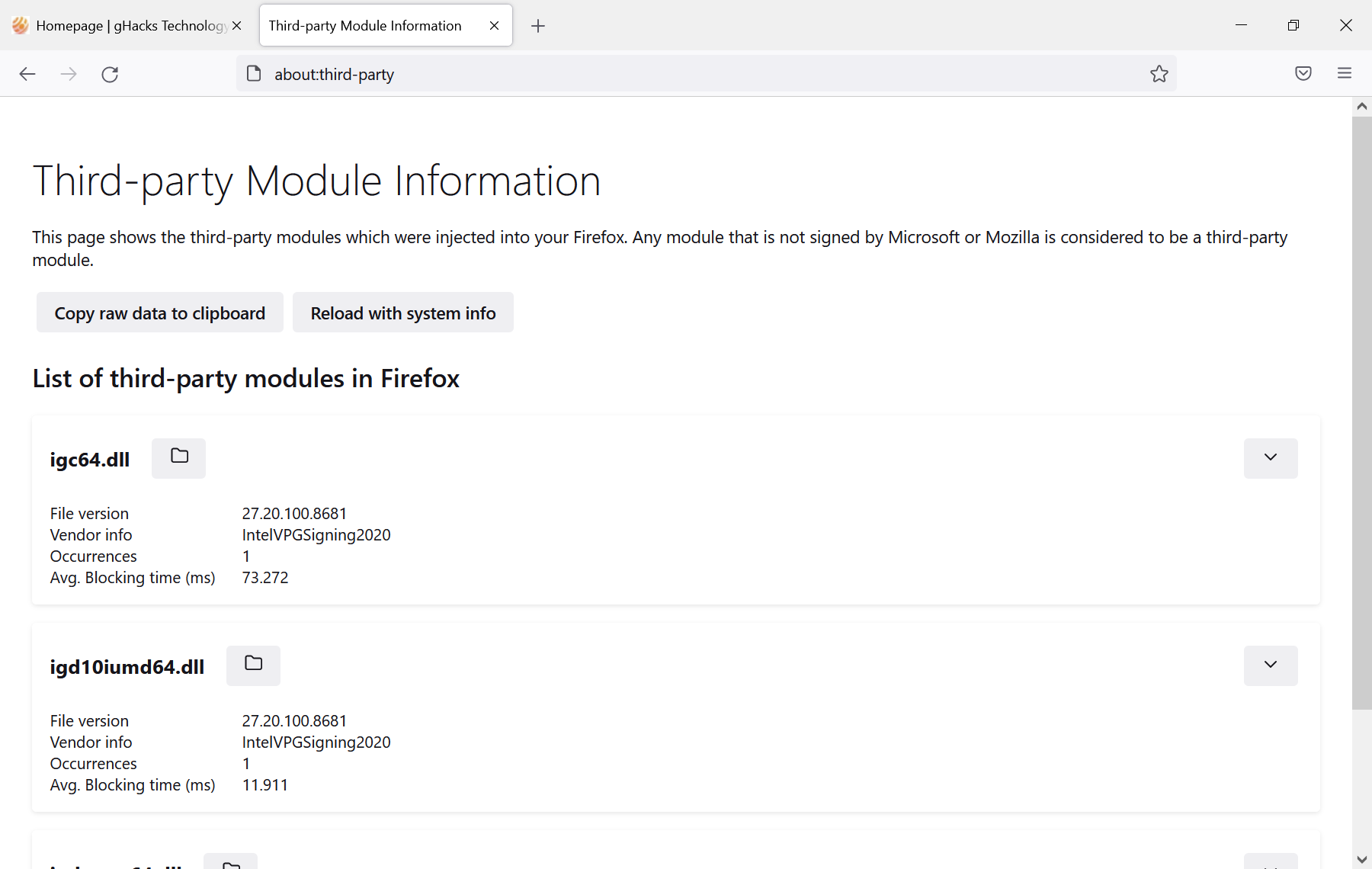 Firefox’s new about:third-party page lists all third-party modules that are not signed by Mozilla or Microsoft.

These may cause compatibility issues, e.g. crashes or other undesirable behavior.

Firefox displays the following information for each module:

An option to open the file location in the system’s file browser is also provided. 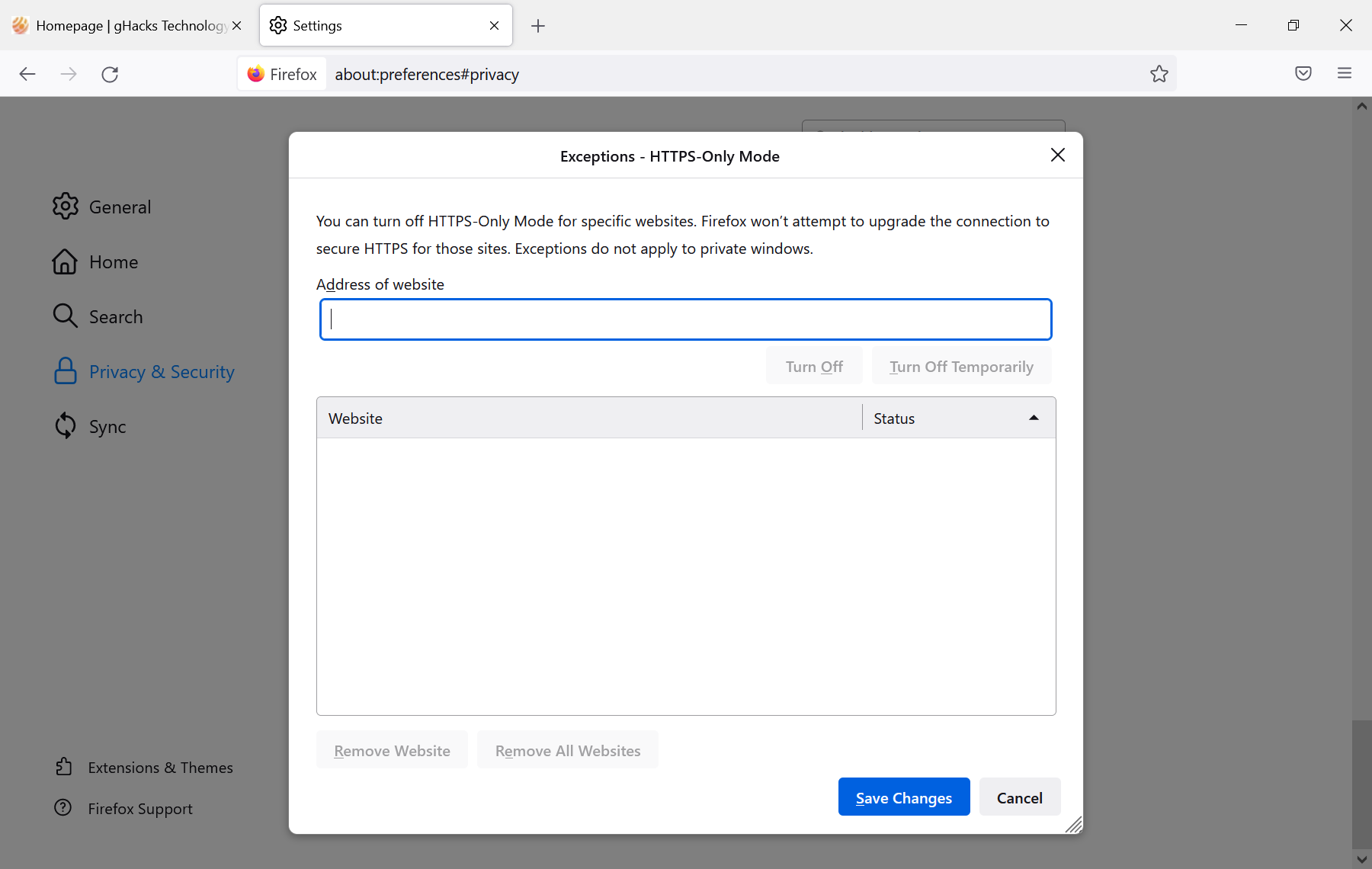 HTTPS-Only mode is a useful feature in Firefox that allows HTTPS connections only be default. Firefox attempts to upgrade HTTP to HTTPS connections automatically, similarly to how extensions such as HTTPS Everywhere work. If that fails, Firefox will display a prompt to the user.

The mode can be bypassed then to access the HTTP version of a site.

To manage exceptions, sites that are allowed to be loaded using HTTP, go to about:preferences#privacy, scroll down on the page and activate the new “Manage Exceptions” button.

Security updates are revealed after the official release of the web browser. You find the information published here after release.