The Call of Duty: NEXT showcase is in full force, and players are finally getting a glimpse at Call of Duty: Modern Warfare 2‘s multiplayer. To kick off the event, a new trailer for Modern Warfare 2 was revealed — and ran twice, for some reason. The trailer showed off new weapons, changes to equipment that players know and love, and a look at expanded vehicular combat.

Further information regarding Modern Warfare 2 and Warzone 2.0 is also gradually being revealed during the showcase, including plans around raids, now making their debut in Call of Duty. Players can also expect a new Invasion mode, where two teams of 20 players take on AI and human players to complete objectives. A second objective mode, Prisoner Rescue, will have teams of six players locating and evacuating a hostage from a scenario.

Special Ops has also been confirmed to be returning as a third mode for Modern Warfare 2. The cooperative mode features two-player asymmetrical challenges. One example given during the Call of Duty: NEXT showcase detailed a mission where one player was carrying out mission objectives on the ground while a second player provided air support.

Players who preorder Call of Duty: Modern Warfare 2 can get early access to the new maps and modes during the open beta. 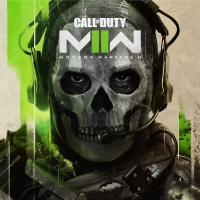 Preorder Call of Duty: Modern Warfare 2 to get early access to the upcoming beta and be the first to try out the new maps and modes coming to the bestselling first person shooter franchise.