Eagle-eyed Windows 10 users who have taken a look at the latest Windows 10 Insider build already may have spotted a new feature under Apps in the Settings application. A new “Archive Apps” option is displayed there. It is enabled by default, at least in this first Insider version that has it, and it can be disabled from the page with a click or tap on the slider.

The description offers some insight on the functionality of the feature:

To save storage space and Internet bandwidth, apps you don’t use frequently will be archived automatically. Your files and other data will be saved. The next time you use an archived app, it’ll connect to the Internet to restore the full version (if it’s still available).

Microsoft has not announced the feature yet and the description is all to go by at the time of writing. It appears that the feature is designed to save storage space on the local device by removing apps from the device that are not used frequently. User data associated with the app is saved, but Microsoft fails to mention where and how. 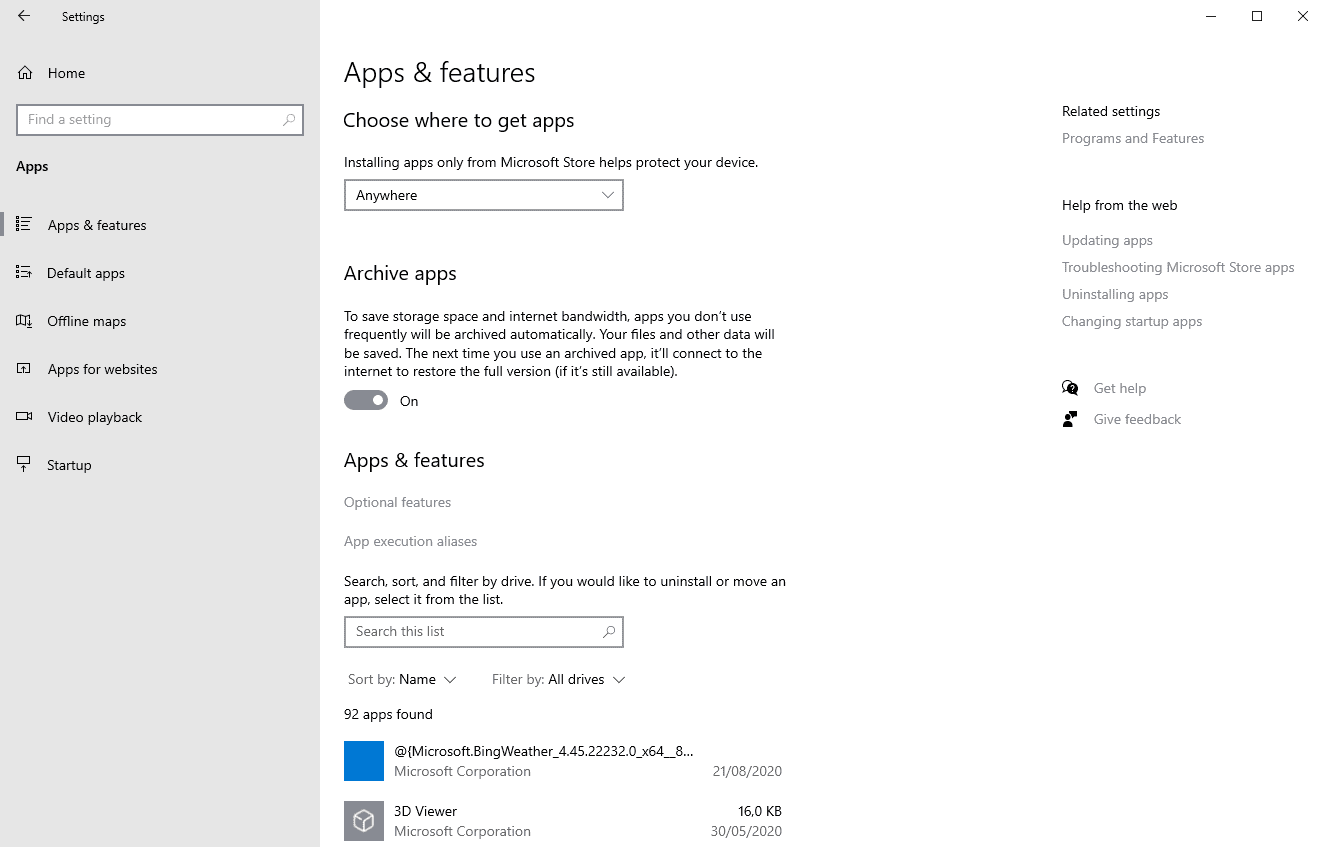 While it is most likely that the data is saved in the cloud, as an Internet connection is required to restore functionality when the app is launched, it is also possible that Microsoft could use compression to reduce the size of the user data on the device itself.

Microsoft notes that the possibility exists that apps cannot be restored; a likely explanation is if an app is removed from the Store after it is archived on the device.

The time it requires for an app to be inactive to be archived is not revealed by Microsoft, but you can take a look at (some of) the apps that Microsoft considers inactive at that point. The list is found elsewhere in the Settings, and there is no direct link that points to it from the Apps settings page. 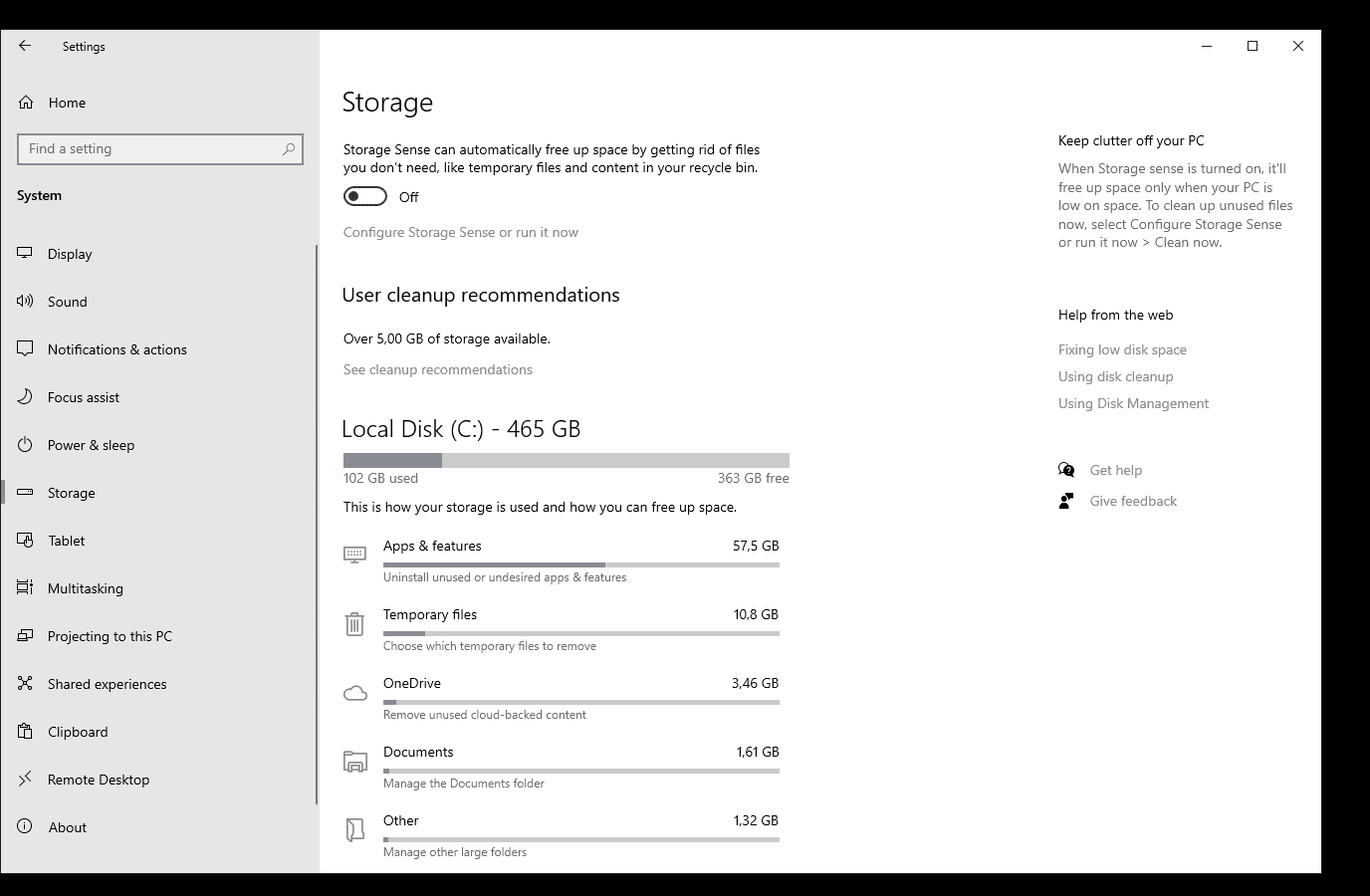 You need to go to Settings > System > Storage for that. There you find the “Apps & Features” listing and can check how much storage space apps and features use on the device.

To find out about the applications that Windows 10 recommends to archive, you’d have to select “see cleanup recommendations” and expand the unused apps listing on the page that opens. 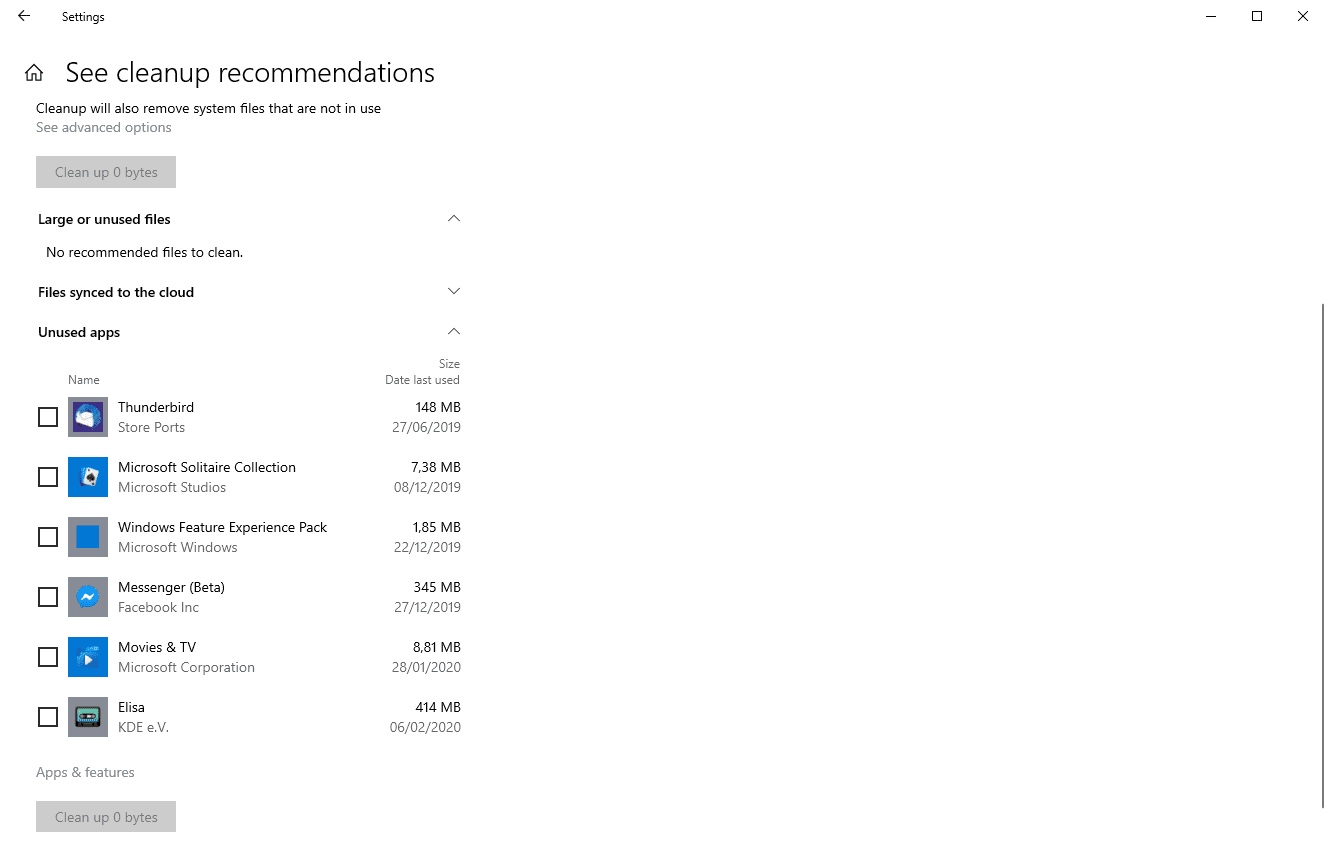 The listing includes only Windows Store applications and not classic Windows programs.