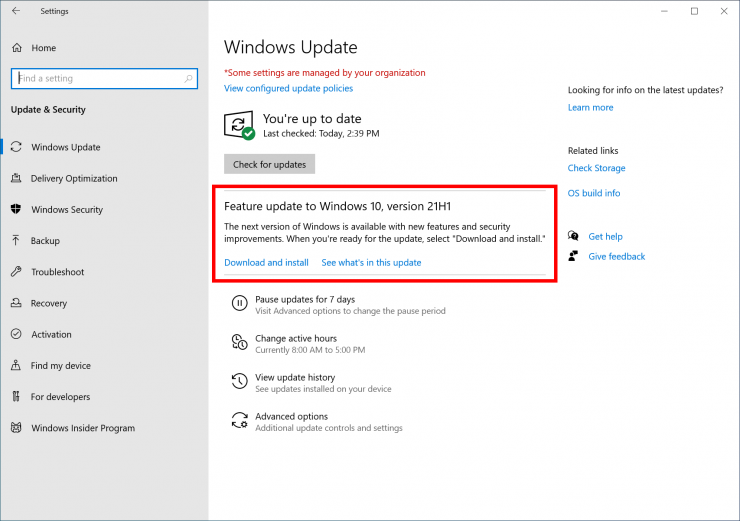 Windows 10 May 2021 Update, version 21H1, was released earlier in the week for users “seeking” it via Windows Update or directly through the ISO files. The Windows maker has just now released Windows 10 21H1 Build 19043.1023 (KB5003214) for Insiders in the Beta Channel and Release Preview Channel to test the cumulative update that will be delivered to the public next month on Patch Tuesday.

Microsoft has moved on to testing the upcoming Windows 10 version 21H2 and released a fresh build for Insiders in the Dev Channel earlier today, officially retiring the Internet Explorer 11 desktop application.

The post First Post-Release Update for Windows 10 v21H1 Is Now Out – Carries Tons of Fixes appeared first on Wccftech.