HEXUS has previous reported upon Nvidia GeForce RTX 3060 Ti graphics cards rumours and leaks. The first report mentioning this GPU came in early September, then much more recently it was noticed that Chinese online retailers were taking pre-orders for RTX 60 60 Ti cards from a range of AIBs. 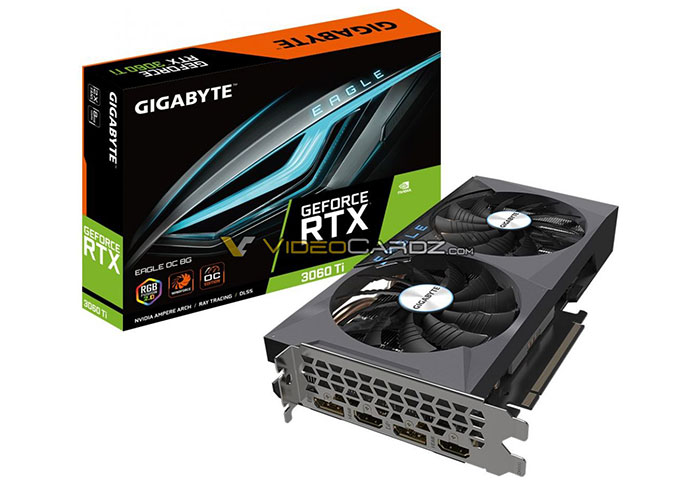 This morning VideoCardz exclusively shared the best evidence yet of the officially unannounced GeForce RTX 3060 Ti. It has a quartet of renders of what appears to be the Gigabyte Eagle GeForce RTX 3060 Ti OC. The pictures look like just the ones Gigabyte uses for its product page gallery sections. I’ve embedded a couple of them above and below. 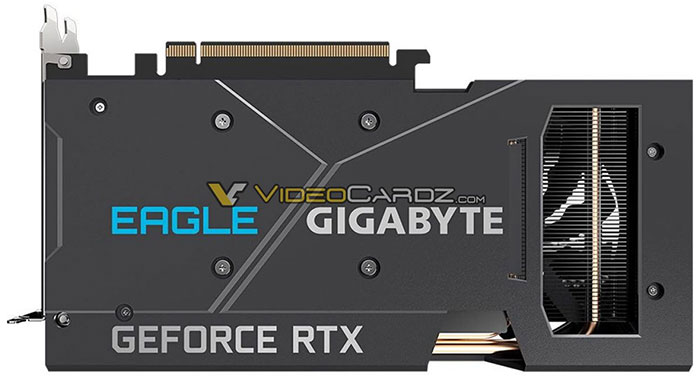 The above view of the Gigabyte Eagle branded graphics card shows that the PCB is pretty short, facilitating the cut-out in the backplate to vent hot air from this twin fan design. Elsewhere you can see that this is a twin slot card, and it has a single 8-pin power connector.

In addition to the pictures the source asserts it knows the key specifications of the GeForce RTX 3060 Ti – but not this Gigabyte OC version’s specific GPU core clocks. The expected specs are as we tabulated in our report on the Chinese retailers, reproduced below for your convenience.

Rumours are swirling about a possible new graphics card from Nvidia which is designed to fill the rather gaping price gap between the GeForce RTX 3090 and RTX 3090. This isn’t the first rumours of a Nvidia GeForce RTX 3080 Ti I have seen but Twitter source @kopite7kimi has a good track record and has provided the following key specs: