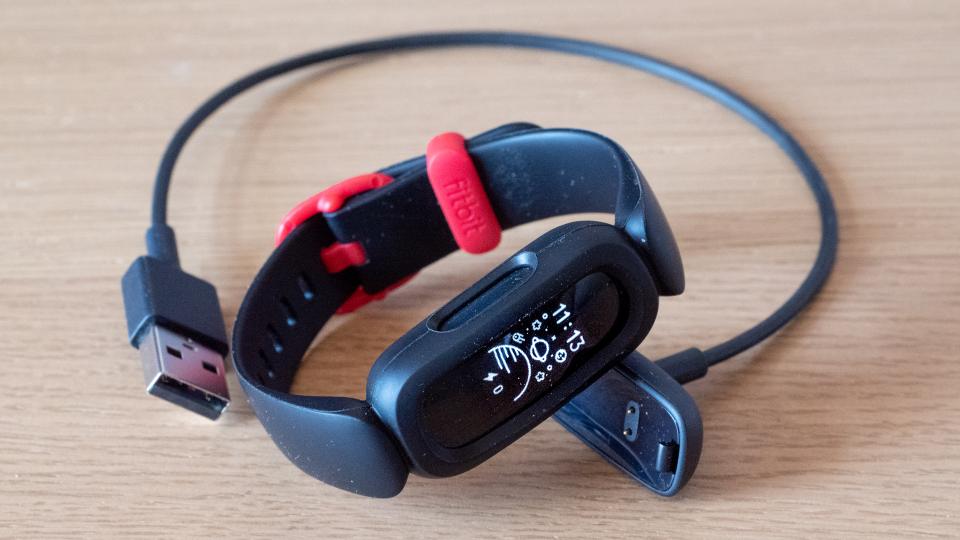 With children spending increasing amounts of time behind screens, it’s easy to see why they might slip into bad habits. That’s why trackers like the Fitbit Ace 3 exist: to keep them active by giving them a bit of encouragement, by rewarding them for hitting step counts and activity targets and taking part in challenges between family and friends.

This is the third edition in the Fitbit Ace series and it adds a series of improvements over the Ace 2 including a change of design, a boost to screen brightness and battery life and some new features, too. It’s a highly effective, easy-to-use tracker that’s perfect for kids.

READ NEXT: These are the best smartwatches for children

Fitbit Ace 3 review: What do you get for the money?

For the price of £70 you get the tracker itself, which is set into a comfortable silicone rubber wristband, and a short USB charging cable that clips to the underside of the main tracker housing. 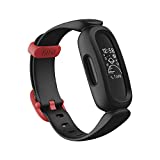 Just like its predecessor, the Ace 3 only comes in a couple of different colours – blue and green, or black and red – but it’s easy enough to pop out the tracker and use a different strap if you want. Fitbit is currently two alternative straps based on the popular Minions characters, one in black and yellow, the other in blue and yellow and more are coming further down the line.

The design is a little rounded than that of the Ace 2 and that’s not all that’s new. The display is better than before. Although it’s still a monochrome POLED affair, it’s significantly brighter than the screen on the Ace 2, making it easier to read outdoors – it’s even just about readable on sunny days.

The second big change is that battery life has been boosted from “up to five days” to “up to eight days” between charges. Finally, you can now set up bedtime reminders to go with the sleep duration tracking the Ace 2 already had. 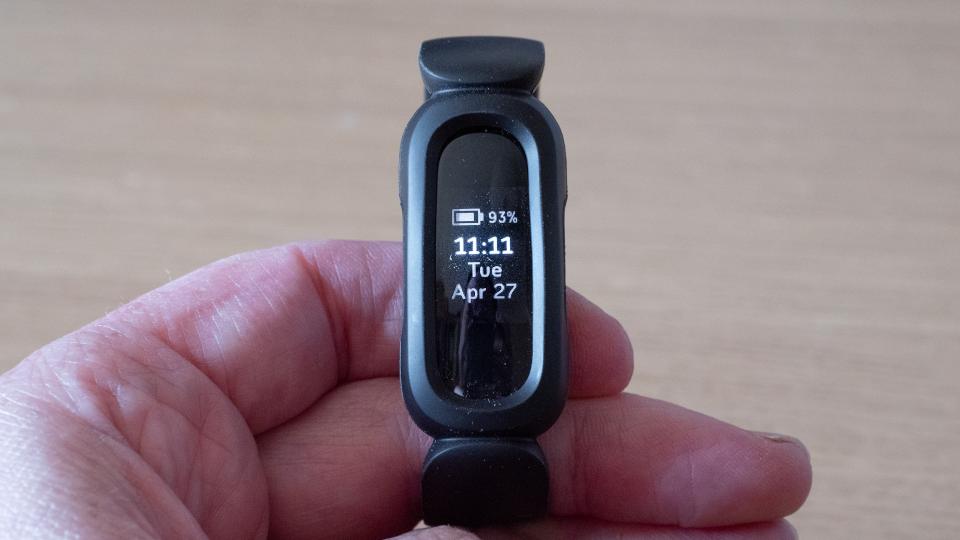 Aside from these updates, the Fitbit Ace 3 treads familiar ground and does everything you’d expect a Fitbit tracker to do. Its three-axis accelerometer allows it to track steps and detect periods of activity, reporting the latter as “active minutes”.

It can track sleep duration, too, but the killer feature is the ability to set targets for each metric as an encouragement to be more active. By default, the target is 10,000 steps a day, 60 “active minutes” and nine hours of sleep. The watch also sets children an hourly activity goal of 250 steps for 9 hours per day.

Just like the Ace 2, the Ace 3 is waterproof to 50m, so you don’t need to worry about your child forgetting to take it off before getting in the shower. And it will buzz and display notifications and phone calls from your child’s phone like a proper adult fitness tracker.

One thing it doesn’t have is GPS, however, and although there is a heart rate sensor on its rear, this is – rather bizarrely – disabled and “cannot be turned on” according to the Fitbit website.

Fitbit Ace 3 review: How easy is it to use?

Since the Fitbit Ace 3 is intended for young kids, you have to set it up through a parent Fitbit account, so setup isn’t quite as easy as it is for other Fitbit trackers.

First, you must download and install the Fitbit app on your own phone or tablet (if you haven’t already done so). Next, you need to set up an account and then create a family and add your child to that family.

You can pair the tracker with the parent’s phone at this point but the genius of the Fitbit approach is that it allows parent to manage the account from their phone and the child to be able to pair and sync on their device, with the app running in a special, cut-down “Kid View”. 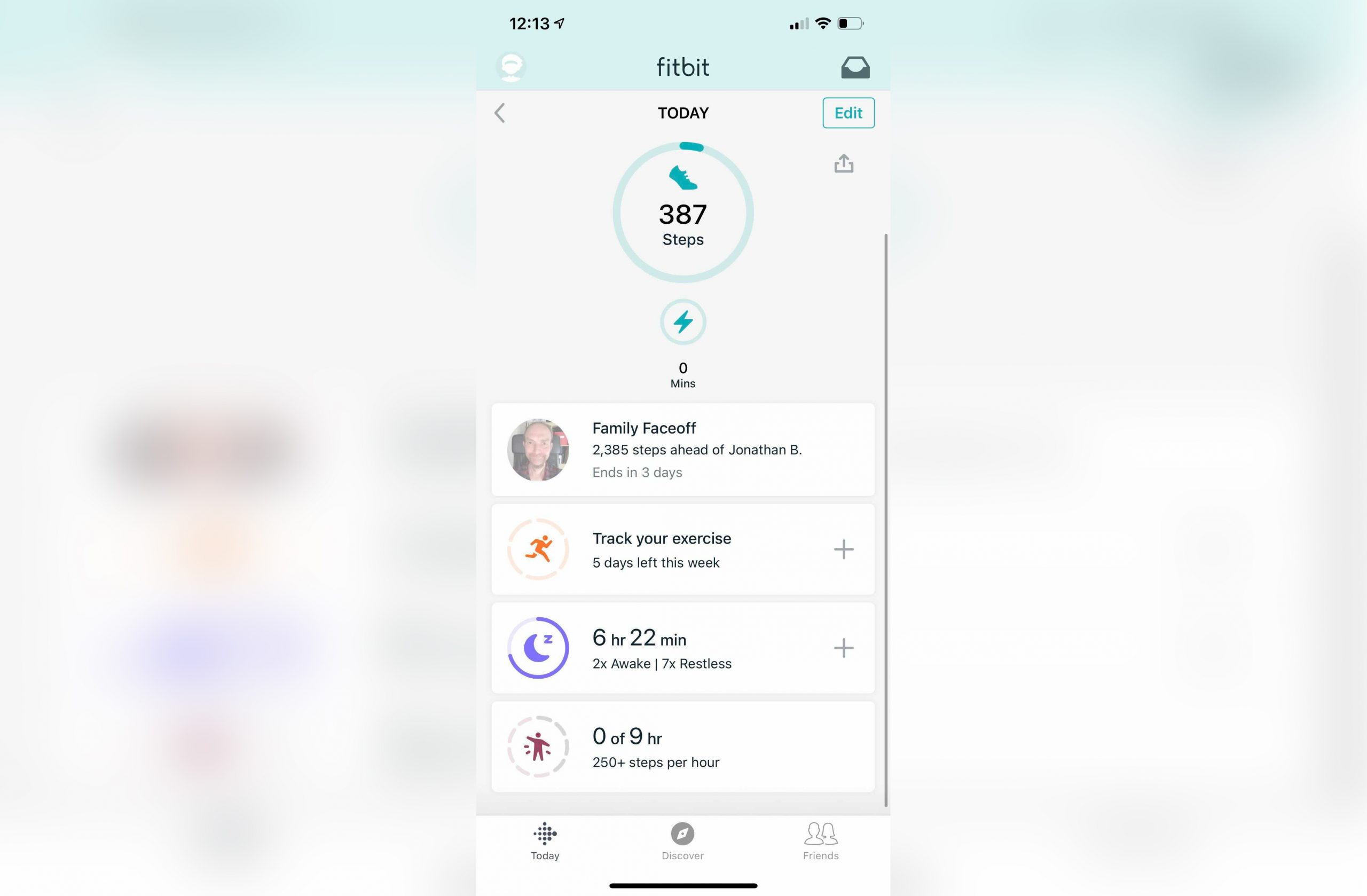 In Kid View, children can look at their stats and achievement badges, choose a different watch face from Fitbit’s selection of 28 and take part in virtual challenges between vetted friends and family members.

Kids don’t have to look at their phone to keep track of stats, however. They can do so just as easily on the Ace 3 itself and doing that is, well, child’s play. Getting to all the details is a simple matter of swiping down from the main watch face, or tapping the screen once to display various stats on the watch face itself.

It’s important to note that the Fitbit Ace 3 can’t be used, like the Xplora X5 Play, for tracking your child’s position or making phone calls, so if that’s the sort of feature you’re after, you’ll have to look elsewhere.

With that in mind, I did find it a touch disappointing that the watch can’t track floors climbed like some of Fitbit’s other trackers can. Encouraging kids to take the stairs instead of a lift or riding an escalator would be another great way to get them thinking about being more active. 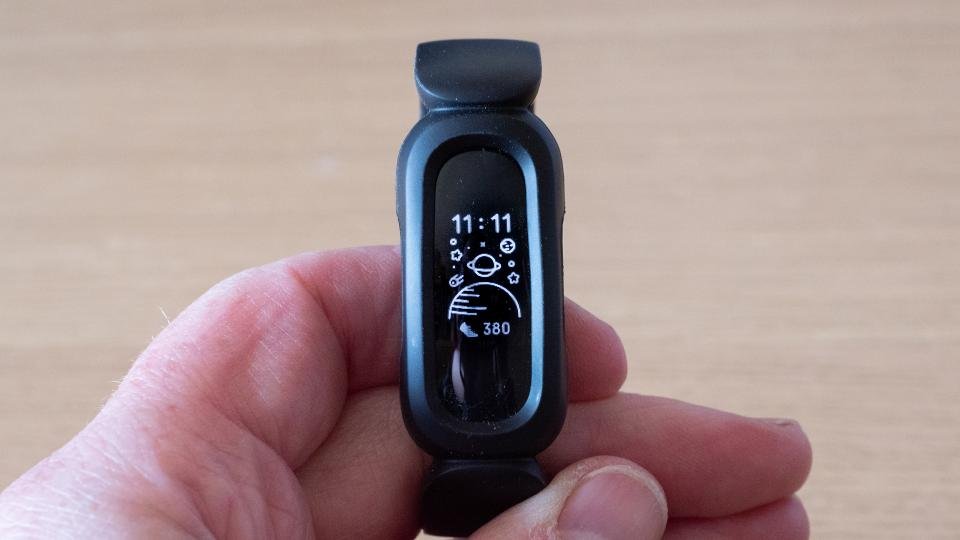 And although battery life has been improved, it’s still nowhere near as good as the battery life on Garmin’s kid-friendly trackers. The Vivofit Jr 3 tracker can last for nearly a year on a single CR2025 battery. It also comes with a colour display that’s much clearer and easier to read in bright sunlight.

READ NEXT: These are the best smartwatches for children

Fitbit Ace 3 review: Should you buy one?

There isn’t an awful lot the Fitbit Ace 3 does wrong and, while its rival from Garmin beats it on the display and battery life front, the Fitbit hits back with a slicker app, bedtime reminders, a touch sensitive display and smartphone message and call notifications.

I’d say whether you choose the Fitbit Ace 3 over the Garmin will ultimately boil down to taste (the Fitbit, for me, is the more “grown up” device), whether or not you can be bothered to charge it every eight days or so, and whether you, as the parent, already own a Fitbit. If you do, buying the Fitbit makes much more sense, as its integration with the Fitbit app means you can keep tabs on your child’s activities more easily and even take part in the same activity based challenges.

Irrespective, the Fitbit Ace 3 is a great way to encourage your child to be more active and, as a bonus, it’s also £10 cheaper than the Garmin Vivofit Jr 3. 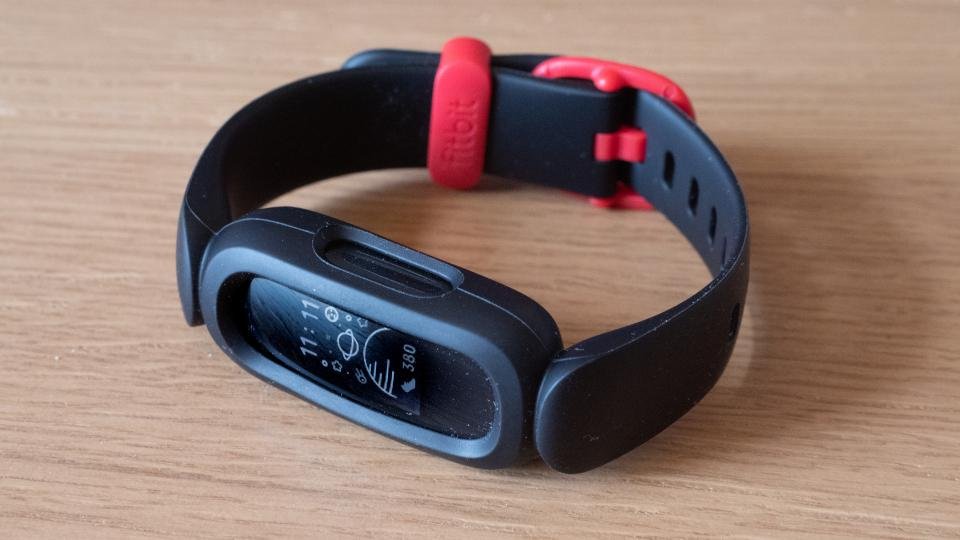 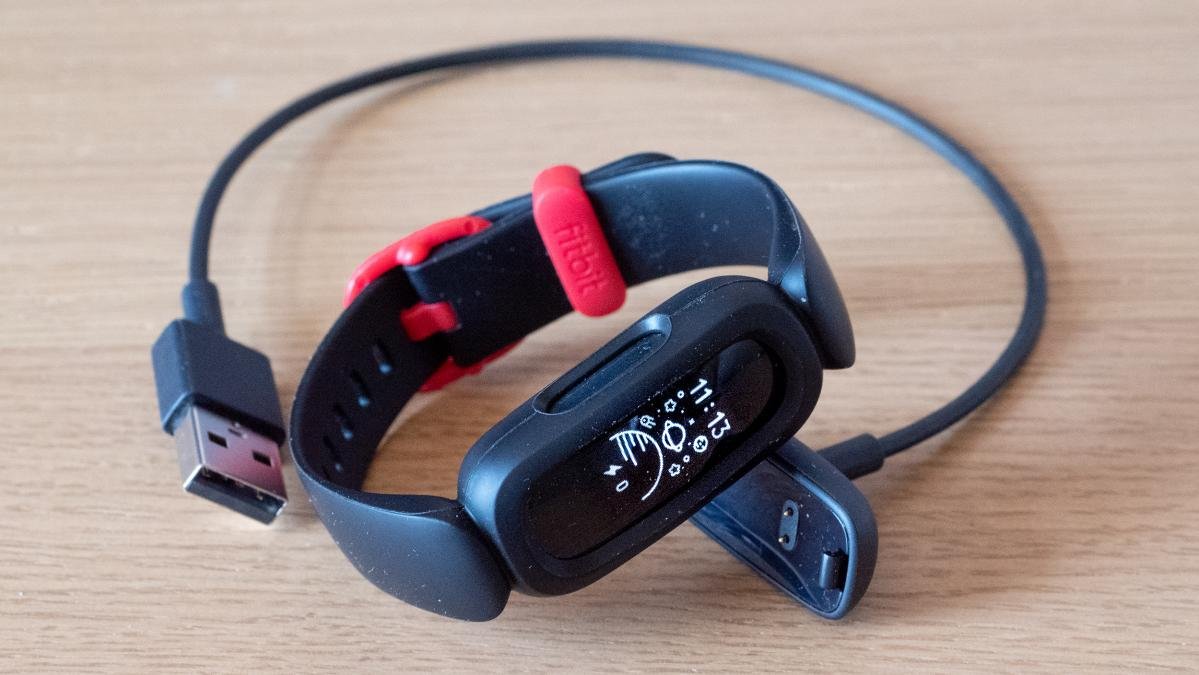