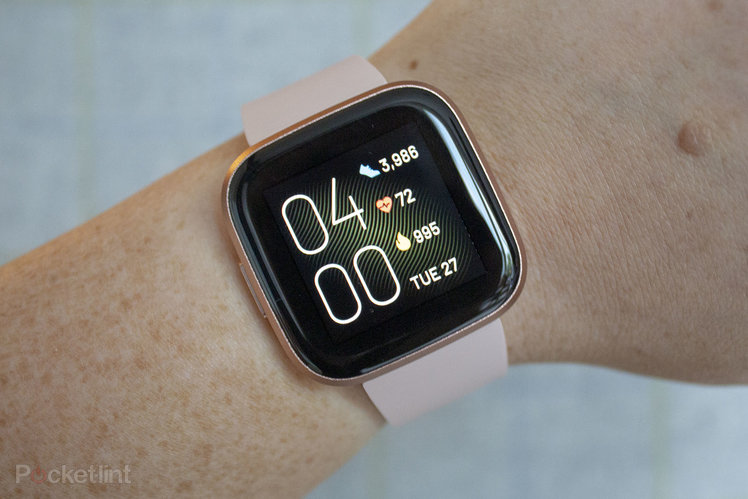 Fitbit devices might be able to detect COVID-19 in people before they even start to feel symptoms, according to early findings from the company’s study, which has yet to be peer reviewed by a medical journal.

Fitbit is assessing the “physiological signs associated with COVID-19 measured using wearable devices”, with the purpose of creating an algorithm that can detect COVID-19 and other diseases before symptoms start.

Fitbit began enrolling participants in May 2020. The study, which is ongoing, collects data from the participants’ fitness trackers, including breathing rate, resting heart rate, and heart rate variability.

“This is important because people can transmit the virus before they realize they have symptoms or when they have no symptoms at all,” wrote Conor Heneghan, the director of research and algorithms at Fitbit, in a blog post. “If we can let people know they should get tested a day before symptoms begin, they can isolate and seek care sooner, helping to reduce the spread of COVID-19.”

Researchers found that, in many instances, heart rate variability decreased – while resting heart rate and breathing rate increased – in people who reported COVID-19 symptoms. Armed with this data, Fitbit said its wearables, with 70% specificity, could detect nearly 50 per cent of COVID-19 cases one day before participants reported symptoms. Researchers also studied the participants’ symptoms and the duration of their illness. 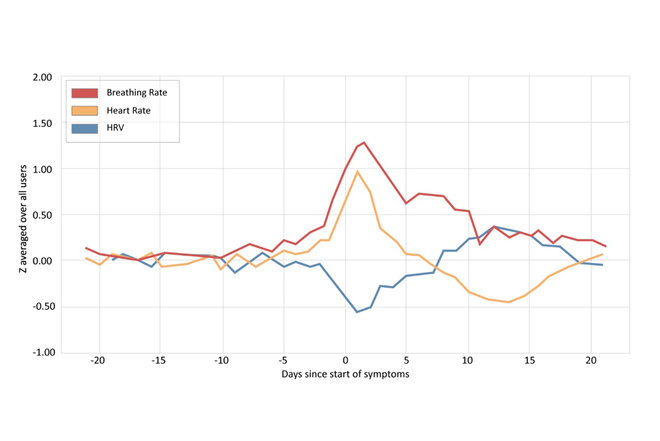 Common symptoms among participants with COVID-19 were fatigue (72%), headache (65%), body ache (63%), decrease in taste and smell (60%), and cough (59%). Only 55% of participants with COVID-19 reported having a fever – a sign temperature screening alone may not be effective. Meanwhile, shortness of breath and vomiting were the most common symptoms that lead to hospitalizations, according to the data.

“It’s clear that our bodies start to signal impacts from the disease before more noticeable symptoms appear,” Heneghan explained in a blog post. “With these initial signals identified, we’ll continue our work in developing an algorithm to detect diseases like COVID-19.

Durations and severity of illness

The duration and severity of illness in participants also ranged.

Mild cases who recovered on their own took an average duration of eight days. Moderate cases who needed assistance were ill for about 15 days. And severe cases leading to hospitalization were sick for about 24 days, though the study reported several cases extending to two months.

The data presented represents results collected up to 14 July 2020. More than 100,000 Fitbit users have enrolled in the study so far, and they have reported 1,000 cases of COVID-19. Fitbit is still seeking participants for its study. You can sign up in the Fitbit app or online.