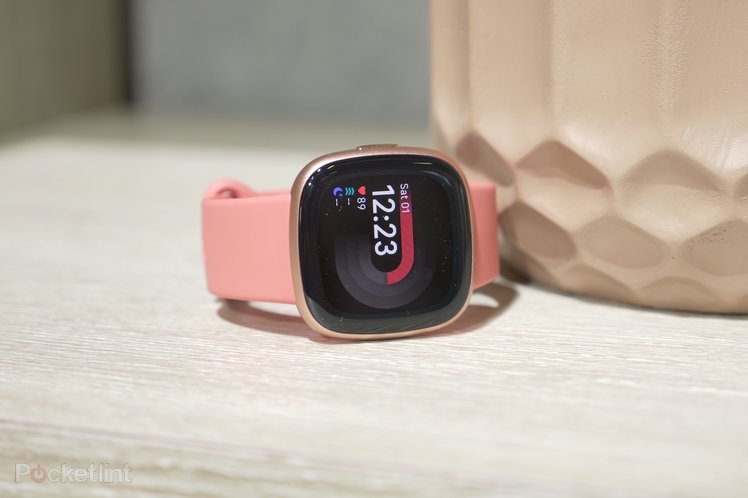 Fitbit launched a slew of new fitness-tracking wearables in advance of the hectic holiday launch season, updating its tiny Inspire band as well as its two watches: Versa and Sense. In this hands-on we’re looking at the former of those two.

The two devices are very similar to each other, offering many of the same features in a design that’s virtually identical. So exactly what is the Versa 4 all about? Should you get this or the more expensive Sense 2? We went hands-on to find out exactly what the Versa 4 offers.

As we’ve mentioned in our hands-on piece with the Sense 2, the design of the Versa is virtually identical to its more expensive sibling. In fact, unless you looked at the sensor makeup on the underside, you’d be hard pushed to tell which one was which. Because, visually, that sensor array is really the only significant differentiator.

That means the Versa 4 has that classic Fitbit watch ‘squircle’ shape. It’s a predominantly square casing, but with curves on the sides, rounded edges and rounded corners. It softens what would otherwise be a very straight-lined device if it was all right-angles and flat edges. 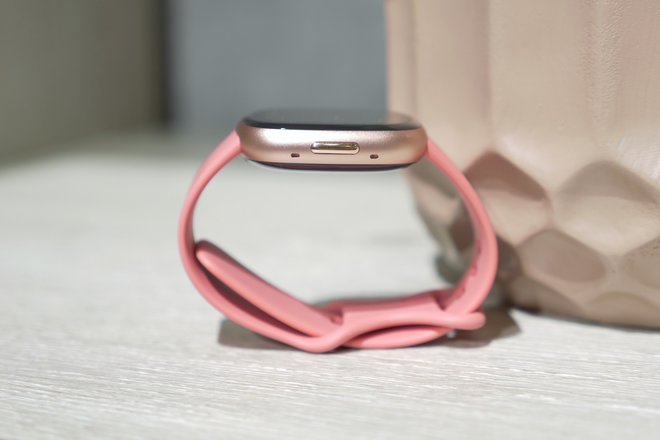 Even the glass over the display and the glossy underside are curved and rounded to seamlessly blend into that casing design, which not only gives it that soft, inoffensive aesthetic, but also makes it comfortable to use and wear.

There’s only one single button on this model which is situated on the left side of the casing, and it’s a proper, clickable button too, not a touch sensitive panel which Fitbit has experimented with before (with mixed results).

As a bonus, it’s also very water resistant and can survive in depths up to 50 metres. So whether you’re working out hard and sweating buckets, running outside in a rainstorm or taking the watch swimming in a lake or pool, your Fitbit will survive just fine.

As with its other models, Fitbit’s new Versa ships with a simple and elegant silicone band by default and it comes in a number of colours. However, you can switch this band out for any number of other options. Fitbit offers classic-looking leather straps, vegan leather options and a nylon hook-and-loop style band. So whatever fit or look you’re after, you should be able to get it.

Again – like the Sense 2 – the Versa 4 features that square colour display on the front, and – rather than adopting its parent company’s Wear OS platform – has stuck with Fitbit’s own user interface. This means it’s all primarily about fitness and health tracking, without as much focus put on those interactive smartwatch elements like downloadable apps. 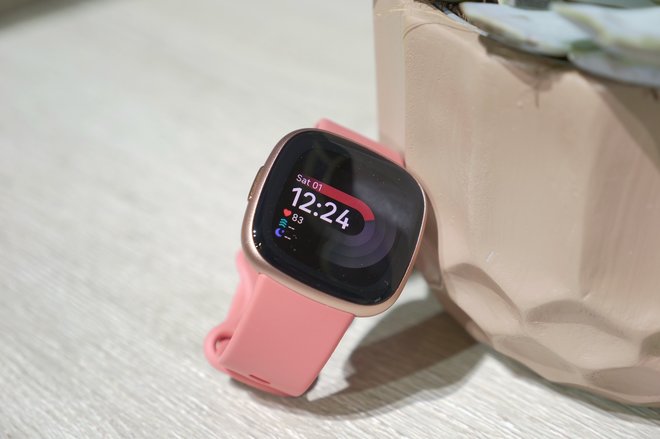 The end result – as we’ve noted with the Sense 2 – is better battery life. You get more than six days of usage from a fully charged Versa 4 battery, even when getting regular smartphone notifications and tracking workouts and activities.

Fitbit’s latest Versa also has the convenience of wrist-based contactless payments. At launch that’ll be through Fitbit’s own payment system, Fitbit Pay, but – with a future software update – it’ll also get support for Google Wallet, opening up support for more banks and card companies.

While it’s missing some of the more advanced tracking features like the ECG capability from the Sense 2, the features on the Versa 4 are largely the same. You get all the usual 24/7 activity and health tracking options including heart-rate, breathing, stress levels and sleep, making this quite a holistic device. 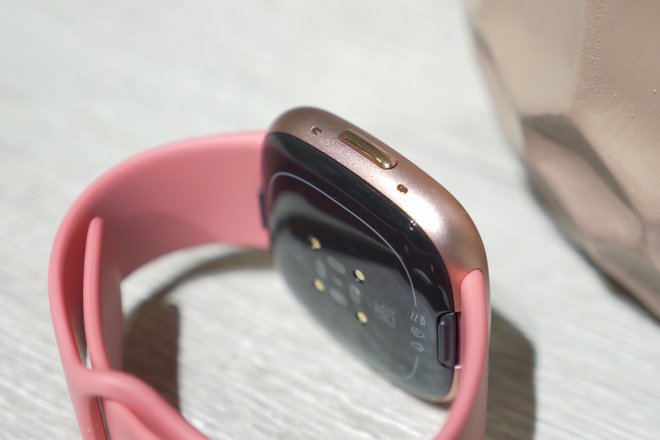 When it collects all this data, it’ll also present it in a way that’s easy to understand within the app and can also show you your ‘daily readiness score’. This particular metric is similar to Garmin’s ‘Body Battery’ feature which essentially measures how intense your previous day’s activities were, how well rested you are and how well recovered your body is to determine how ready it is for another session.

This way, you can tune your workout schedule to make sure you’re not overdoing it and giving your muscles and cardiovascular system enough time to repair and recover.

It’s not just about your fitness and performance though, Fitbit’s latest watches like to keep an eye on your every day health and rest too. It has an optimal alarm time feature which can detect which sleep cycle/stage you’re in to make sure you’re woken up feeling refreshed, rather than muggy and tired.

You can use the watch to go through breathing and mindfulness exercises too, all with the aim to improve your mental wellbeing and help you destress.